One man's trash is another man's treasure

Yesterday I noticed a neighbor's driveway was covered with pine needles. This is the time of year when pines drop old needles, so roadsides and forest floors get covered. 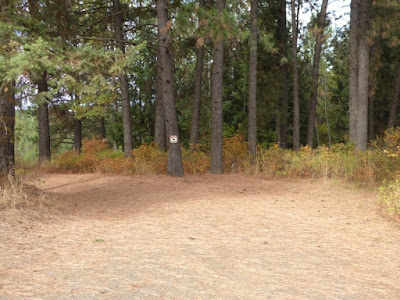 It suddenly came over me, in a head-clunk moment, that pine needle mulch might be what I was looking for.

You see, I've had spotty success over the years with mulching garden plants for the simple reason that I always used hay. It works splendidly through the winter, but come spring, the hay grows -- and suddenly the bed is overrun with weeds. So I stopped mulching.

So I called the elderly lady who lives at this address and asked if I could rake her driveway and tote away the needles. I received a heartfelt approval to take as many needles as I could possibly want.

So I loaded up the car with a hay sled, hay fork, and lawn rake, and off I went. 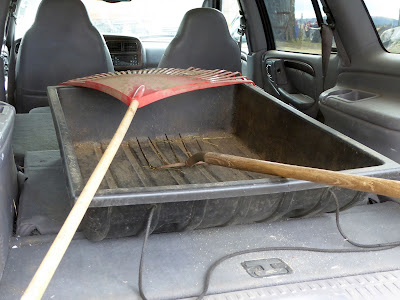 In just a few minutes, I'd raked about a quarter of the driveway. 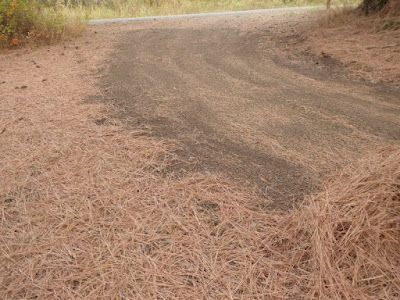 This gave me piles that dwarfed the hay sled... 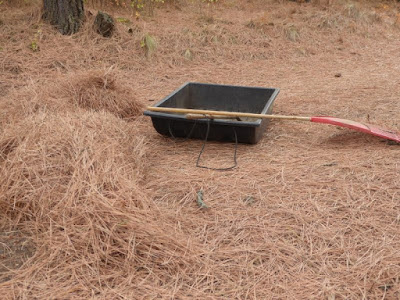 ...and there was still three-quarters of the driveway left to do. 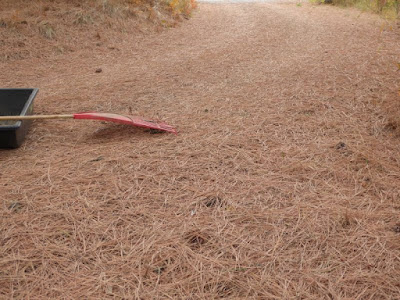 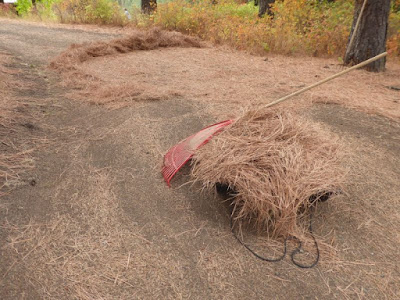 ...and made a big pile off the side of the driveway. I wasn't sure how much I'd need, so if nothing else the needles were out of the way. 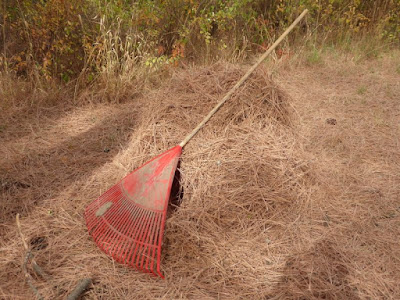 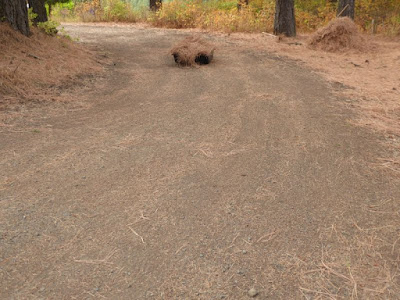 Then it was home with my "treasure," another person's trash. 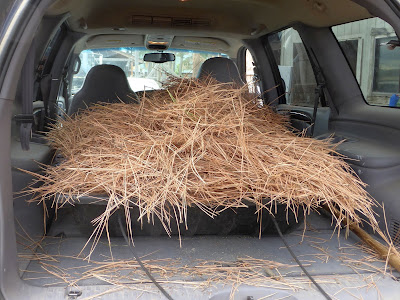 Pine needles, of course, are slightly acidic, which is just what blueberries like. 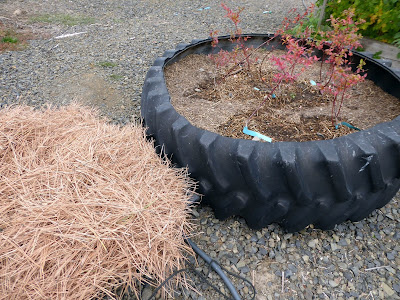 So all of our younger bushes got a nice layer of mulch. 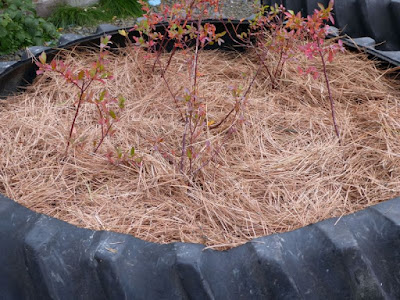 From this first load, I had enough needles to mulch 2 1/2 beds, so I went back and got more needles, enough to mulch all four beds (the fourth bed is not in this picture). I think it looks very handsome. 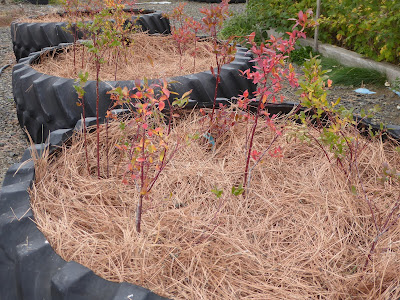 I couldn't be more pleased with this new (to me) mulch. In doing some online research, it turns out pine-needle mulch can be used on "blueberries, cranberries, garlic, mint, onions, potatoes, raspberries, and strawberries." (More online info here, here and here.)

I've already planted the garlic, so I'll gather enough needles to mulch the garlic bed. The strawberries are too overgrown to mulch, but I may be able to mulch the raspberries next spring when I clear out last year's growth. I'm cleaning up beds and getting ready to plant potato onions (which are planted in the fall) so I'll mulch those as well.

Yippee! Treasure indeed! This dear lady will have the cleanest driveway in the state.
Posted by Patrice Lewis at 12:18 PM