For some time now -- several years, in fact -- we've wanted to get more blueberry bushes. The original sixteen we transplanted into the raised bed in the garden are doing wonderfully well, but because we enjoy blueberries so much, we wanted to get more. 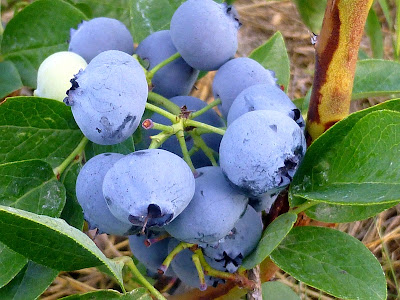 We finally bit the bullet and ordered 24 plants from a place called Burnt Ridge Nursery in western Washington. Prices per bush were decent ($8.50 ea), but it was still an uncomfortably steep chunk o' change.

I've never ordered from this nursery before, but they were friendly, helpful, and prompt, so I have no complaints whatever. If I need to order things in the future, I will use them again.

The bushes arrived on Thursday, carefully wrapped and boxed. 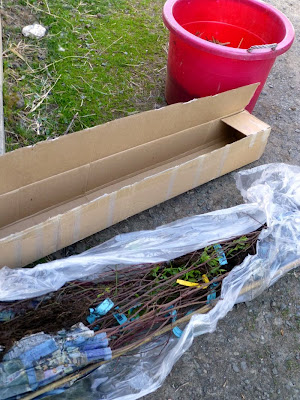 However before we could plant, we had to prepare a place to put them. We knew we were going to put them between the existing blueberry bed and the raspberry bed, so we had to get some tractor tires in place and fill them with dirt. 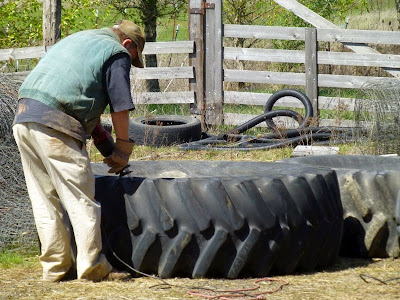 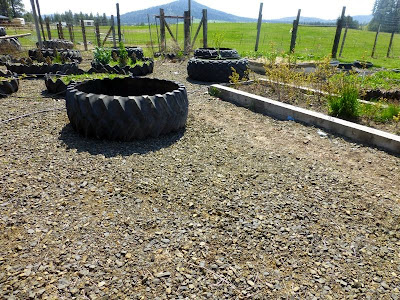 Don filled each tire as he went, otherwise he wouldn't be able to fit the tractor around the tires already in place. We had just enough mixed soil -- topsoil, compost, and sand -- left over from last year to fill the four tires. 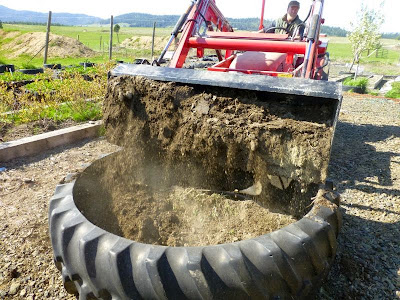 A couple hours' work, and all four tires were in place and filled. 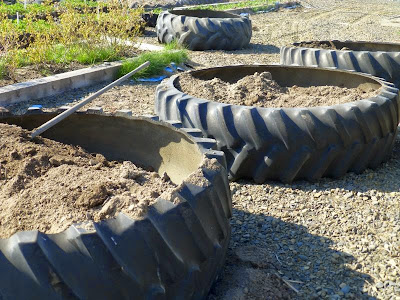 I didn't waste any time getting the bushes unwrapped and planted, since we'd already had them two days. The roots were still nice and moist. 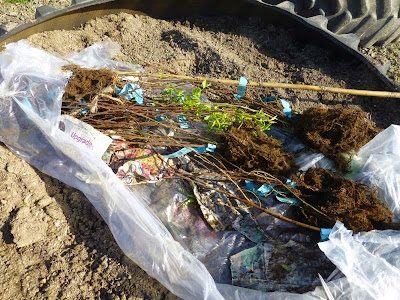 This particular variety is called Hardyblue. I read lots of reviews of different varieties, include taste comparisons. I wanted a type that was sweet, cold-hardy (most blueberries are), and prolific. The Hardyblue seemed to fit the bill very nicely. 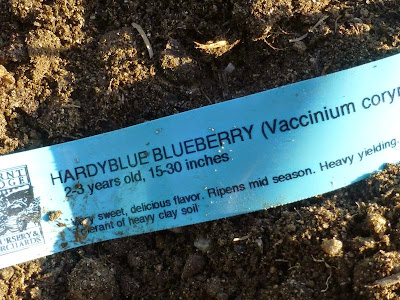 I arranged six bushes per tire. 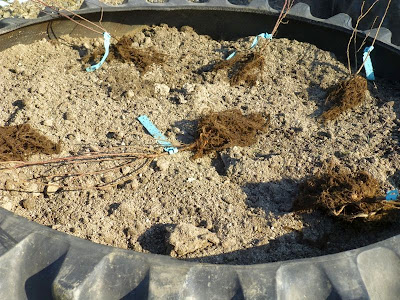 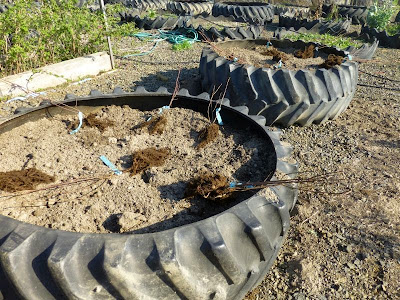 Didn't take any time to get them properly planted. 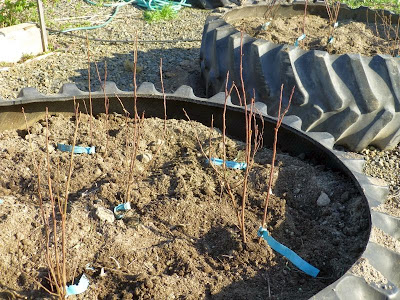 The plants are in excellent shape. They all have buds... 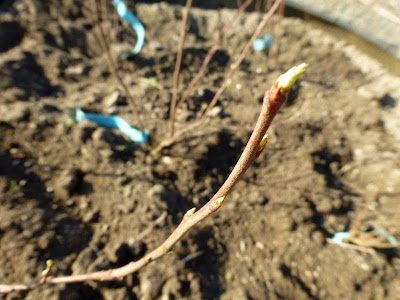 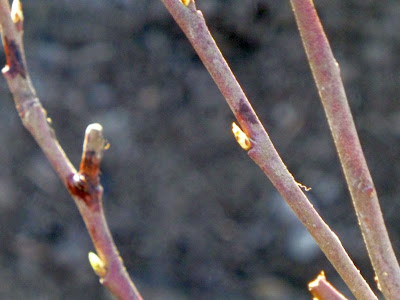 ...and a few even have leaves. 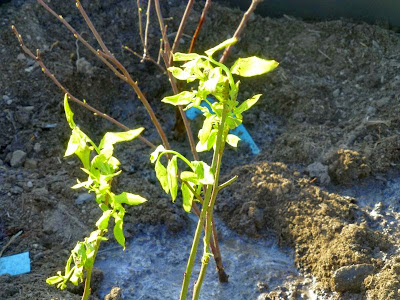 I gave each plant a good soaking. Tomorrow I'll sprinkle some azalea fertilizer (which is acidic) and add compost and mulch. I doubt we'll get any berries this year, but these young bushes should start producing very well over the next two to three years. Blueberry pies, here we come!

Posted by Patrice Lewis at 7:32 PM