Are we in for a hard winter?

Here in the Idaho panhandle, fall has indisputably arrived. 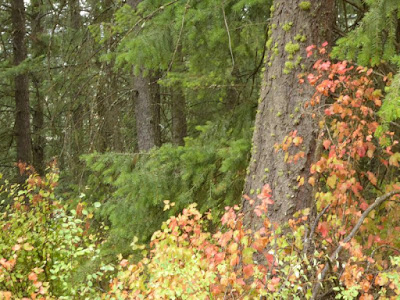 The sad remains of summer's oceanspray blooms dot the roadside. 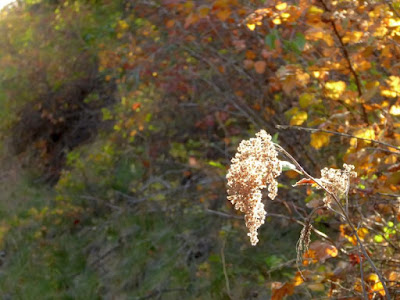 Things are going to seed as fast as possible, while there's still time. 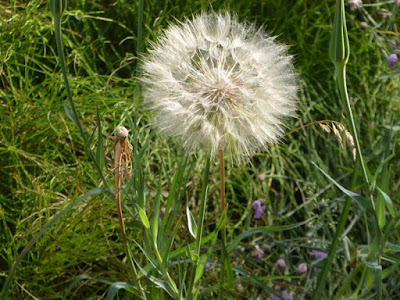 As it turns out, the first several winters were fairly mild. But then -- it hit. Two winters in a row were extraordinarily hard -- lots of snow and wind, lots of drifts. At one point our 300-foot driveway was impassible for eight weeks (we had our car parked at the end of it) and we had to transport kids and bundles back and forth on a sled. We practically lived on snowshoes while tending the livestock.

Since then the winters haven't been overly bad ... but there's always a chance the upcoming one will be a humdinger.

For eons, people have tried to anticipate the severity of winters. Folklore is rife with everything from the thickness of caterpillar fur to how many acorns an oak produces. Around here, we've heard predictions based on the thickness of deer or bear fat, size of the rose hips, abundance of snowberries, or other indicators. Yet so far I haven't been able to draw a correlation.

So what kind of signs are we seeing right now?

Well, the rose hips are ripening. Some are big... 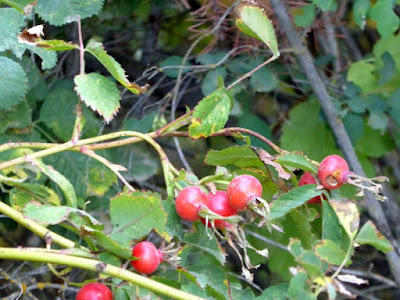 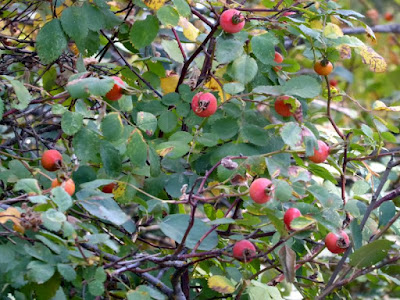 ...and some are regular-sized. 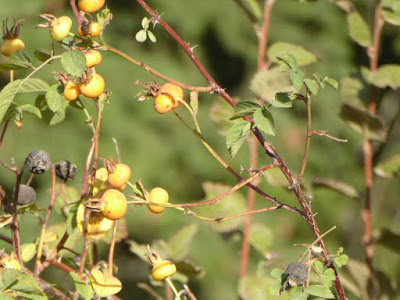 The snowberries are abundant, but nothing out of the ordinary. 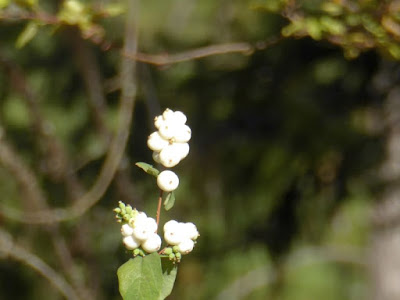 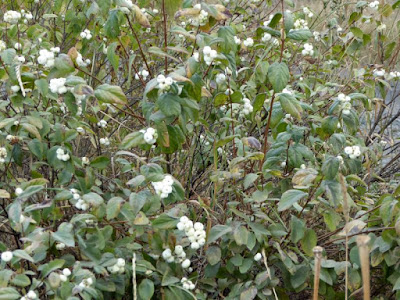 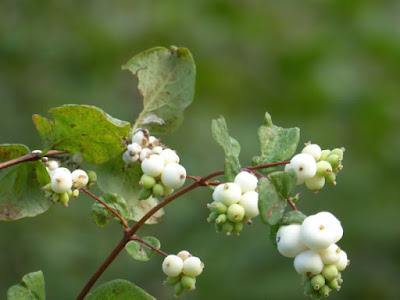 The elderberries are coming ripe, but again there's nothing unusual about that. 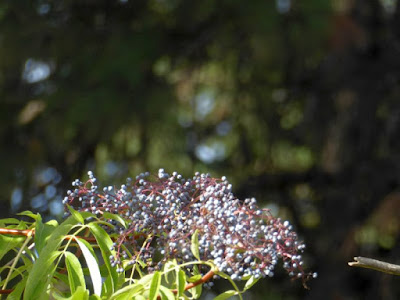 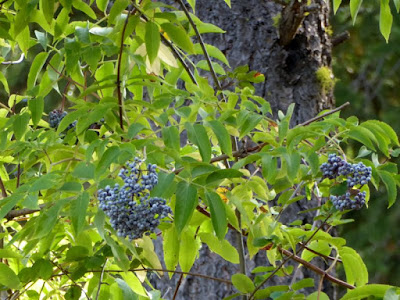 I'm not sure what these little berries are, but they're pretty. 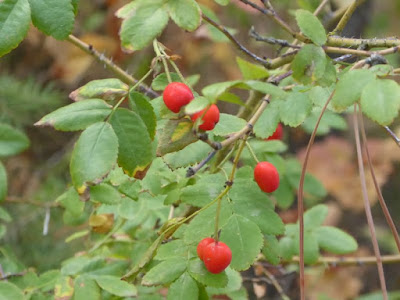 The one notable thing everyone is noticing are the sheer number of cones in all the fir trees. No one can recall seeing so many cones. 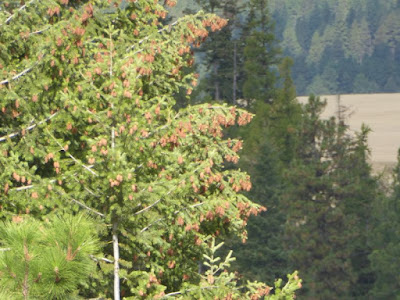 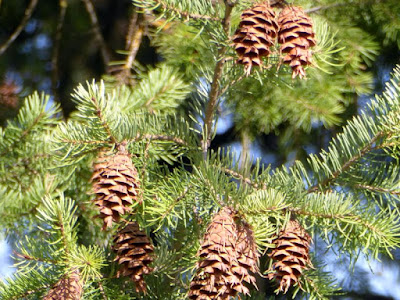 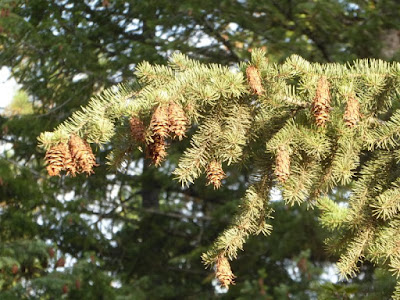 Everywhere we go, trees are absolutely loaded with them. Every. Single. Tree. 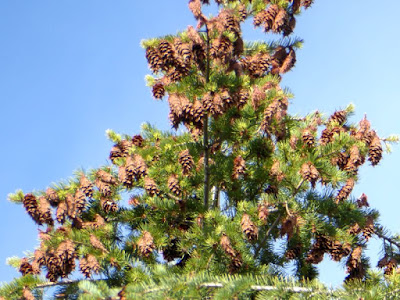 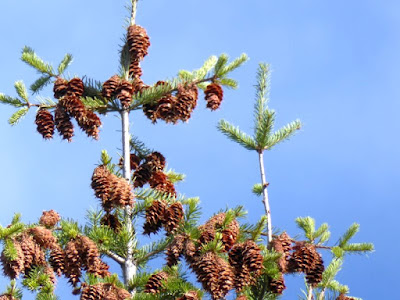 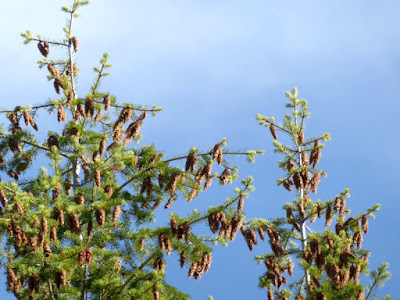 Some people are reporting broken branches and treetops, from the sheer weight. 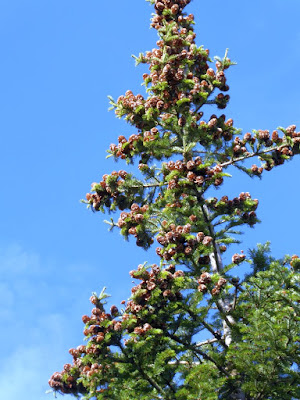 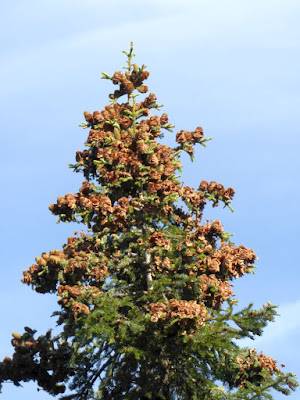 The pines dropped their cones a month ago. 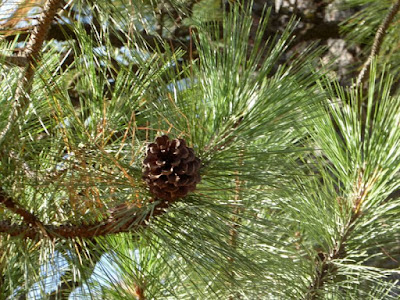 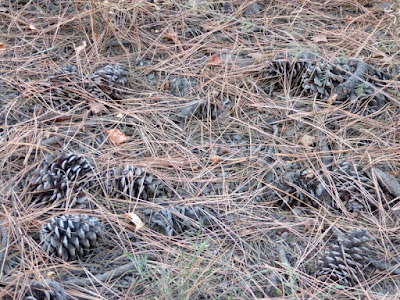 Whether this abundance of cones is any indication of an upcoming hard winter is anyone's guess.

A friend sent me this article from the Coeur d'Alene Press entitled "A new La Nina may bring us a snowy winter," in which it states: "The U.S. Climate Prediction Center gives a 75 percent chance that La Nina will come to life by the end of the year or even sooner. But, they don’t believe this new La Nina will be as strong as the one back in 2007 and 2008 when record snows hit our region."

If anyone knows of a proven indicator for what predicts a hard winter, I'd be interested in hearing it.

Meanwhile, we'll prepare for a hard winter. If it doesn't happen, we haven't lost anything.
Posted by Patrice Lewis at 7:56 PM