Sorry for the silence of the last couple of days. It's been an intense time of traveling and catching up on chores at home. As you may have gathered, I'm back from Ohio.

Before I left, Older Daughter had just started her classes and showed me some of the books she would be using. 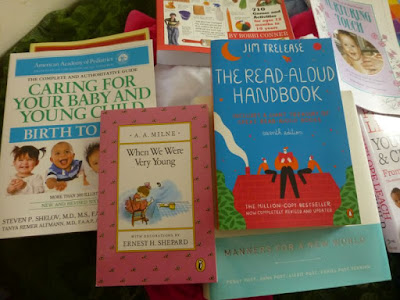 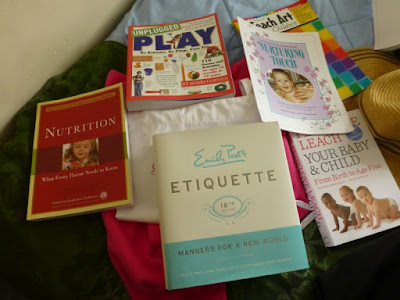 She was particularly taken with how thick the etiquette book is. 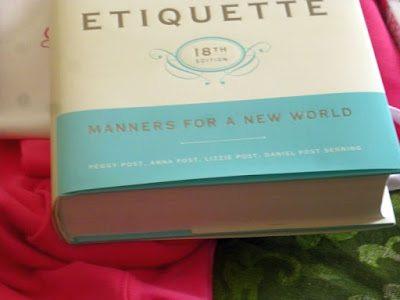 Proper etiquette is an integral part of a professional live-in nanny's life, particularly since she'll be placed with a wealthy family.

Then came the difficult moment of saying goodbye. It's time to let Older Daughter soar on her own.

Speaking of soaring, I took off the next day and left Cleveland behind. Here's the shoreline of Lake Erie as the plane gained altitude... 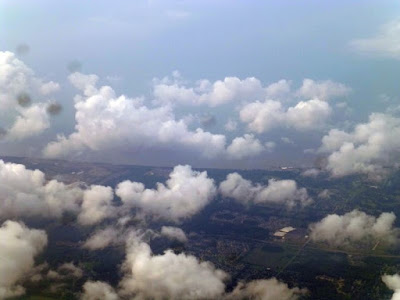 ...along with some of the clouds that have bedeviled the area. 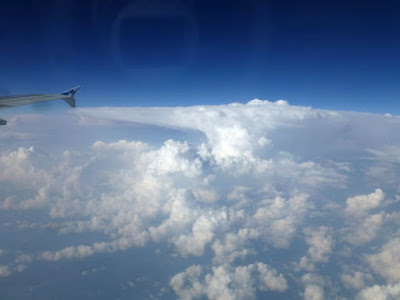 I always request a window seat for the few times a decade I fly, since the views are always a novelty. (The spots you see are on the plane window, not my camera lens. Well, most of the spots.) 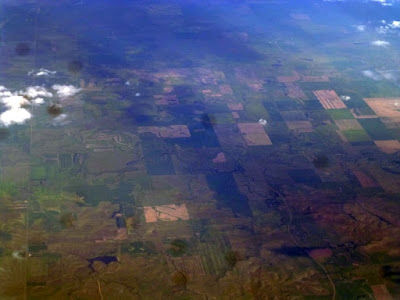 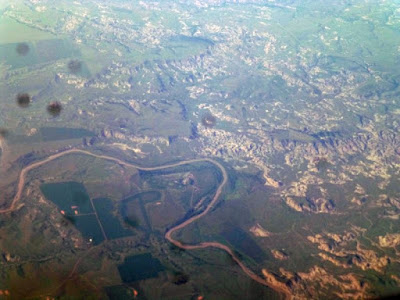 The further west we went, the drier the terrain became. 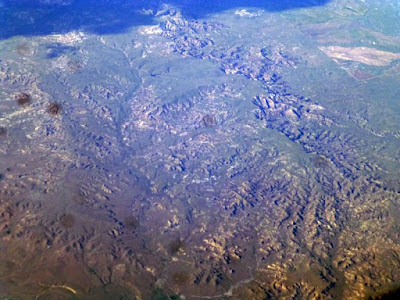 An unknown and isolated little town. 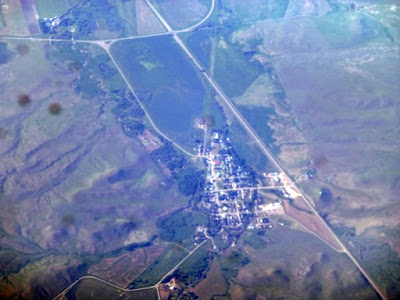 Eventually we passed over the more forested portions of western Montana where things got more interesting. 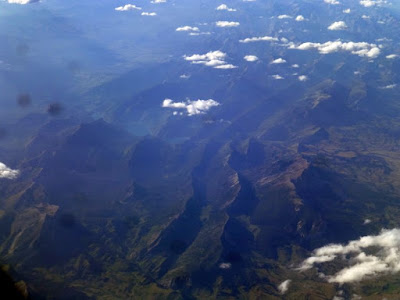 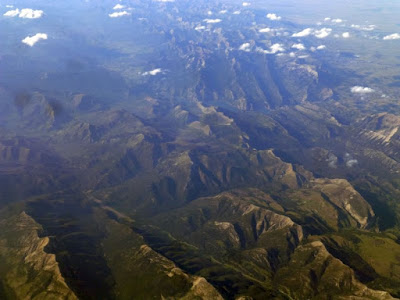 We flew right over Coeur d'Alene. "Hey, stop the plane! Parachute me out! I'll walk home!" 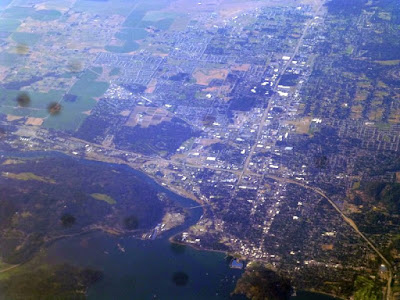 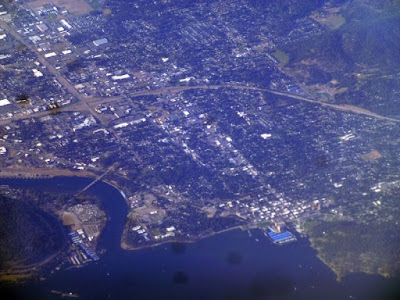 Here's a glimpse of Spokane. I believe the main thoroughfare is Division Avenue. 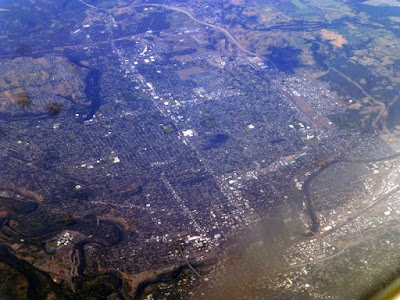 I think this is the Columbia River, but I'm not entirely certain. 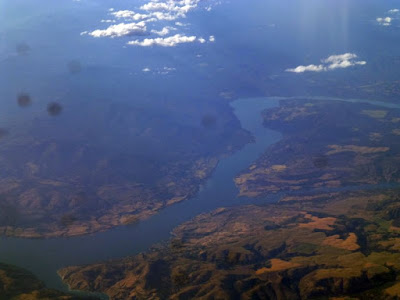 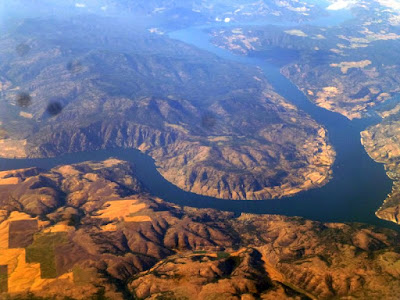 We approached the Cascade Mountains, and this mighty peak reared upward: Mount Rainier. 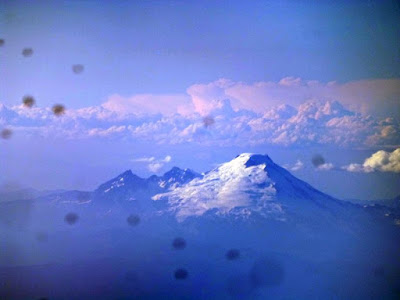 At last we landed in Seattle. 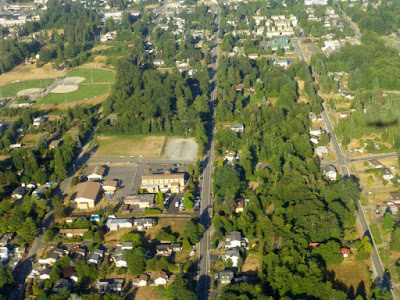 On the way to claim my bag, I was amused by this sculpture of skewered luggage. 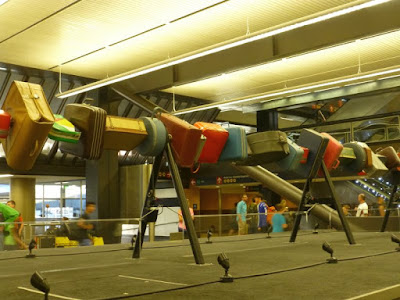 After negotiating the highways out of the city with surprisingly little trouble (it was about 8 pm by this point), I headed east toward the Cascades. I was actually feeling pretty good and planned to get to the other side of the mountains before stopping for the night. 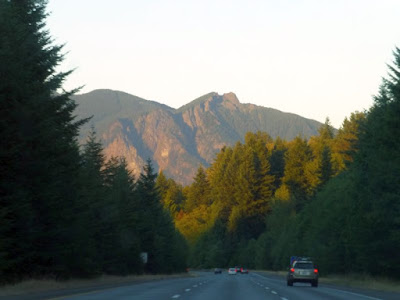 (How's this for timing? The mountain peak just touching the full moon rising.) 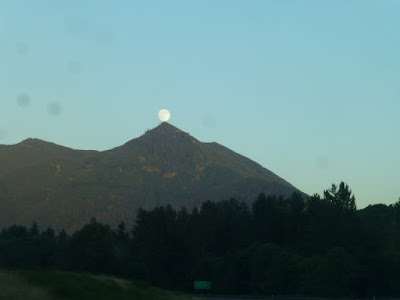 However the pass -- that would be Snoqualmie Pass -- was closed. Yes, closed. Why? It couldn't possibly be weather-related...

So I was forced to turn around and find lodging for the night. The first motel -- I emphasize motel -- I stopped at wanted a staggering $220 for the night (and had a sourpuss proprietor to boot). Um, NO. Driving on, I came to the town of North Bend and stopped at this plain little motor court motel. 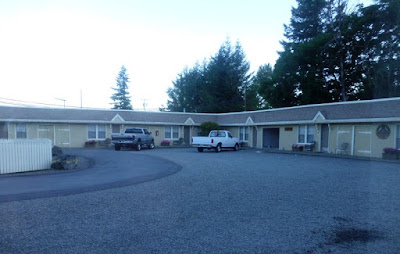 I'm not exaggerating when I say the room had not been updated since the 1970s (with the exception of a flat-screen TV mounted on the wall), complete with one of the first push-button telephones. 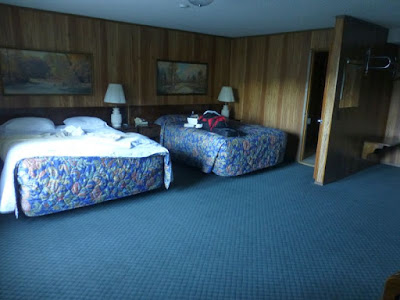 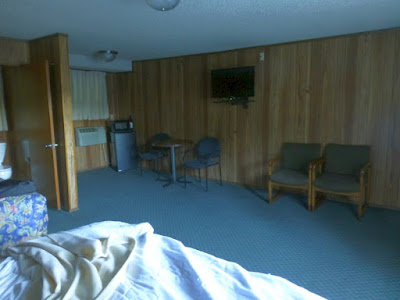 But it was squeaky-clean and decently-priced, and the friendly proprietor told me they closed the pass once in awhile for "blasting."

I wondered what they were blasting, but the next day as I drove over Snoqualmie Pass, I saw they were doing major construction, so presumably it was associated with that. 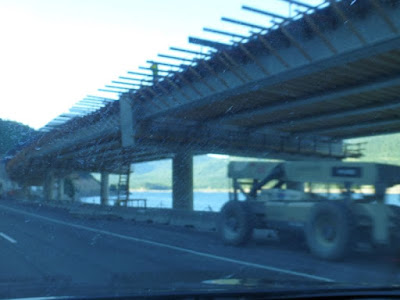 I crossed the pass and headed east, descending down the mountains. Here's a final glimpse of Rainier in the sideview mirror. 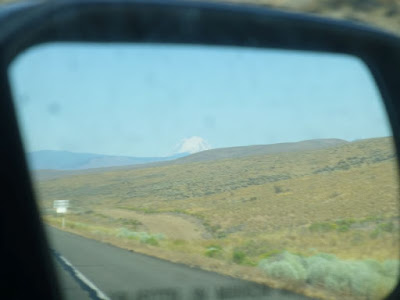 I thought about searching for an alternate route over the Columbia River after seeing the massive traffic jam the Friday before, but the only alternate routes were several hours' drive out of my way (either north or south). I figured it was better to tough it out in the traffic jam.

But I sailed right through. They were still doing construction on the bridge, but there was no back-log at all. Phew. 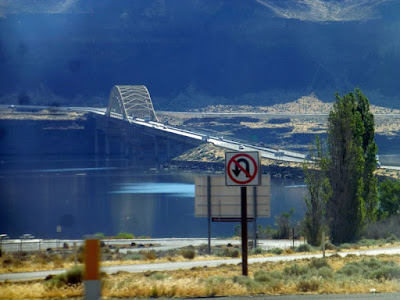 Then it was hours and hours of boring solitary driving across a desert-y landscape. 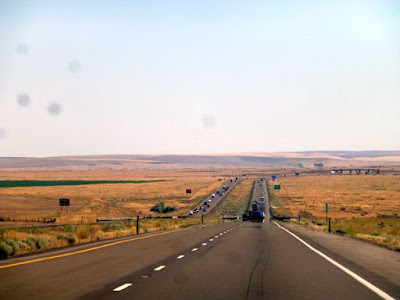 I was never so glad to see Spokane. I had already called ahead to Don, who was meeting me at the car rental agency in Coeur d'Alene. The trip was almost over. 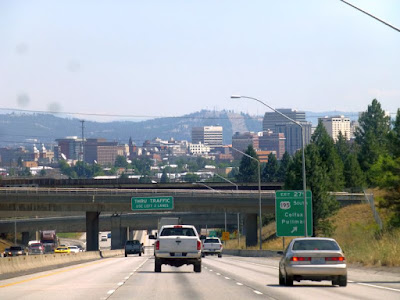 We came home to hot hot hot temperatures -- it was 98F today -- but I slept like a baby in my own bed once more.

I'm glad to be home, though we're missing Older Daughter something fierce. But she called last night and we put her on speaker phone, and she talked with great animation for 45 minutes, telling us about her classes, instructors, and job prospects. Yes, it was the right decision for her to attend nanny school.
Posted by Patrice Lewis at 8:34 PM

Email ThisBlogThis!Share to TwitterShare to FacebookShare to Pinterest
Labels: Ohio