This morning when I released the chickens from the coop, I noticed they didn't immediately rush to the compost pile or the barn or any of their other usual haunts. In fact, they all stood stock-still under the awning by their chicken coop, utterly silent. 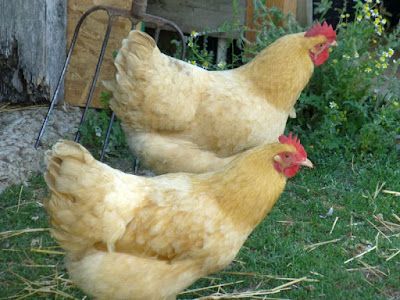 Their heads were cocked upward. I scanned the skies for a predator but didn't see anything. 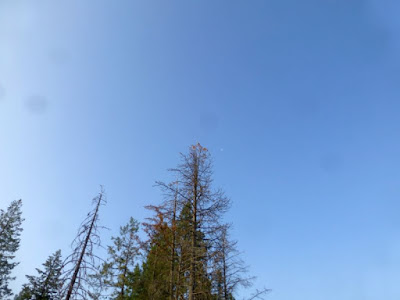 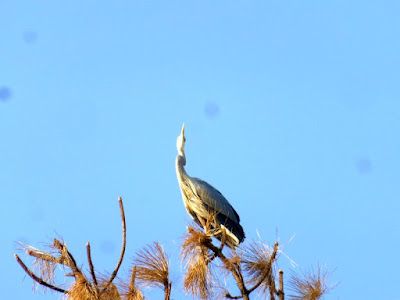 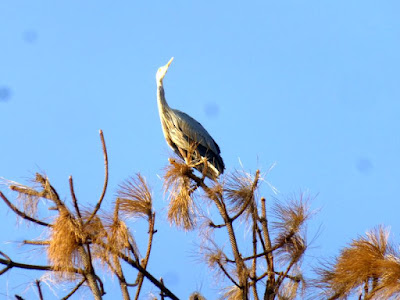 A heron is a carnivore, but its usual prey is fish, frogs, etc. It would certainly never attack a chicken -- not so much because it wouldn't mind a nice juicy little chick, but because its body is not suitable to a swoop-and-catch like a hawk or eagle.

In a few moments the heron flew away, and the chickens relaxed. 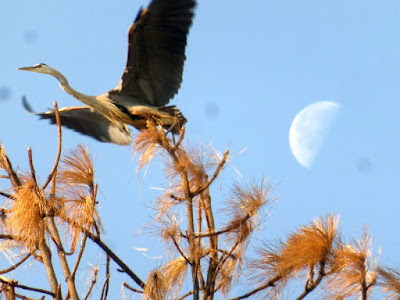 This short and seemingly trivial incident actually has some deeper implications for people.

Modern humans living in modern society with modern conveniences have learned to ignore the internal red flags that all creatures possess by instinct. In the kill-or-be-killed crucible of nature, to ignore a potential threat may be the last thing an animal ever does.

Yet people will do it all the time. In fact, most modern Americans have cultivated an amazing ability to disregard warning signs, both internal and external. We still have the instincts, but we're often too "civilized" to pay attention to them. But I figure instinct is there for a reason, and that reason might be very important.

This is some of the advice I gave Older Daughter as she prepared to leave the nest: to listen to that still, small voice inside you saying something is wrong. It may be saying something important. God gives us those little red flags now so we can avoid big problems later.
Posted by Patrice Lewis at 7:33 AM