My goodness, what a slow day. It seemed everything was slow, starting with traffic.

It's always dicey going to the downtown of any large city since you risk typical rush hour slowdowns. Yesterday was particularly plagued because of an accident on the Ross Island Bridge. Portland is dependent on the many bridges linking critical parts of the city, so closing one bridge can throw a massive monkey wrench in the flow of traffic. 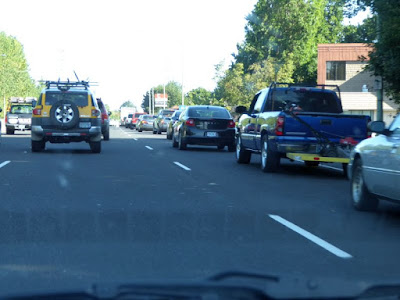 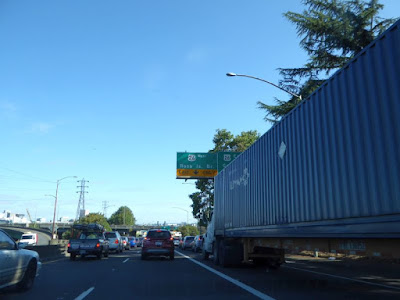 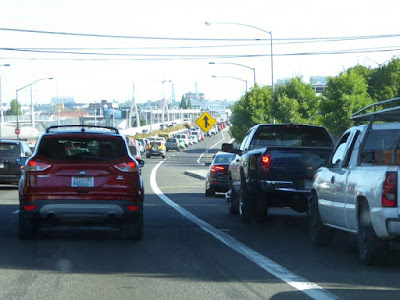 But once I got on the Morrison Bridge, things sped up considerably. There's no question it affords a splendid view of the city's lovely downtown. 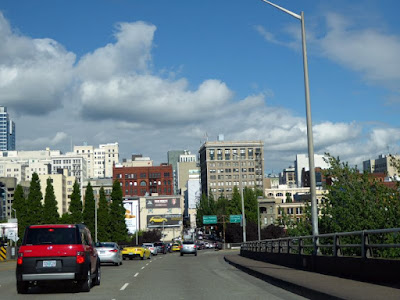 The downtown in general is beautiful. 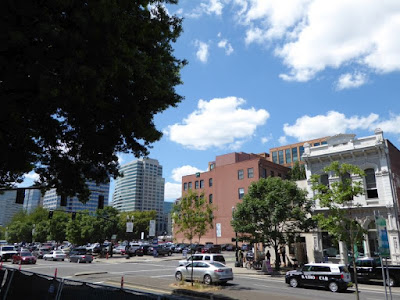 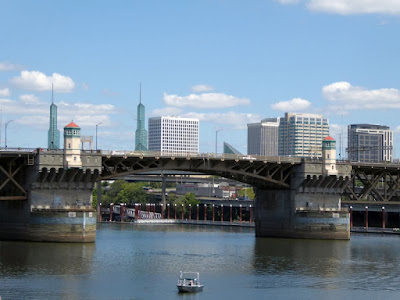 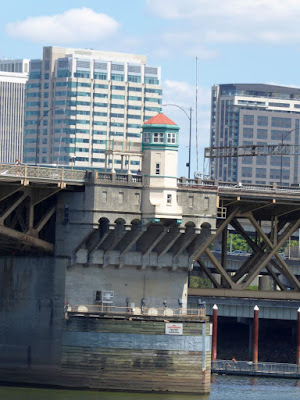 It was also a slow day for interesting things to photograph, such as funny T-shirts. Got a couple, but nothing big. 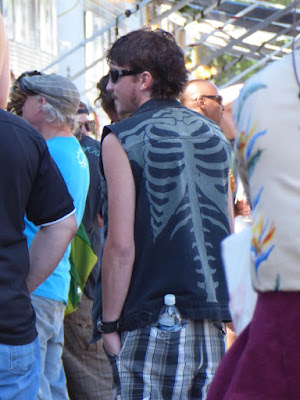 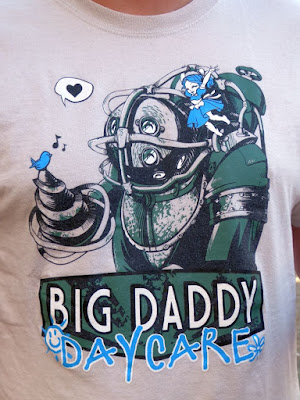 I photographed a number of colorful tattoos. 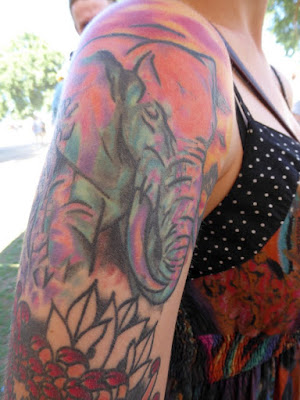 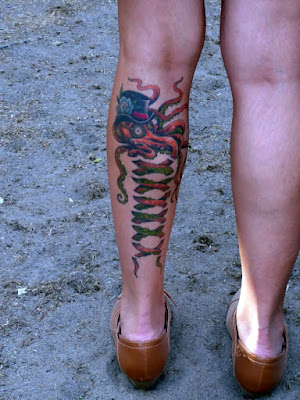 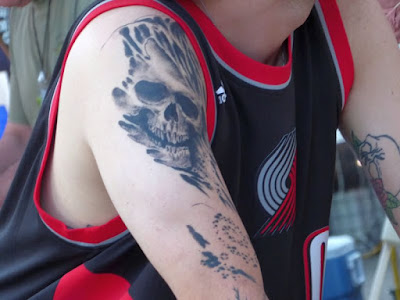 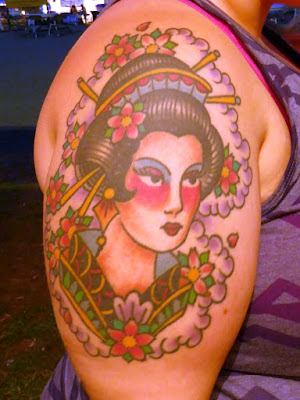 These topknots seem to be the latest hair fashion style for men. I've seen it all over the place this year. I must admit, it doesn't do anything for me. But what the heck, I've seen worse. 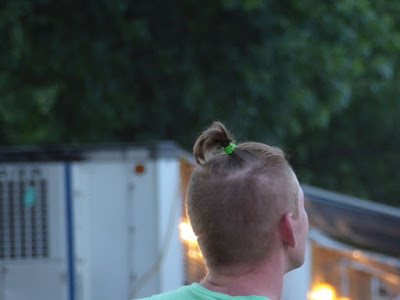 These guys agreed to pose with tankards (while dressed up as kegs) but then got a little obnoxious about suggesting I trade them tankards for the (ahem) "publicity" of walking around posing for pictures. I declined the opportunity. 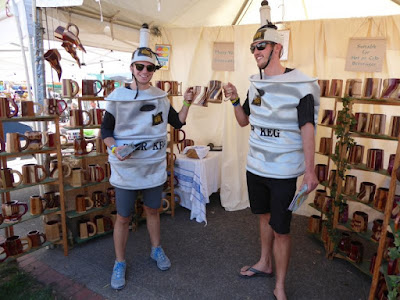 A nearby booth sells kilts for both men and women. I happen to think kilts are very handsome, so I applaud their efforts to outfit more people in these garments. 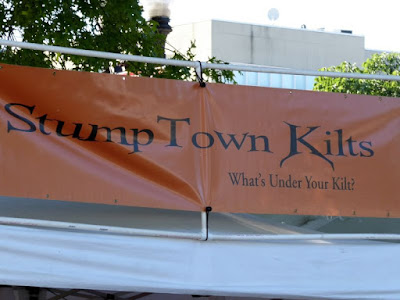 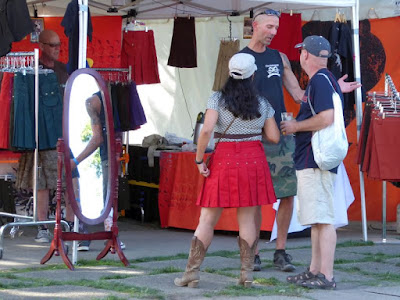 The booth's "mascot" is this natural log formation. Honestly, it just grew this way. 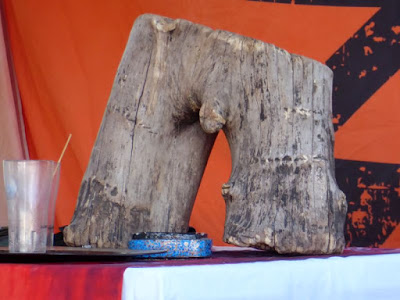 This Celtic Rock group played late in the afternoon and they were terrific -- they had people bopping to the music all over the place (including me, despite my tired feet). They called themselves the Young Dubliners. 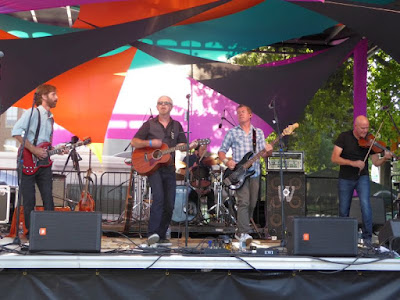 We agreed the base guitar/singer looked a bit like a young Chuck Norris. 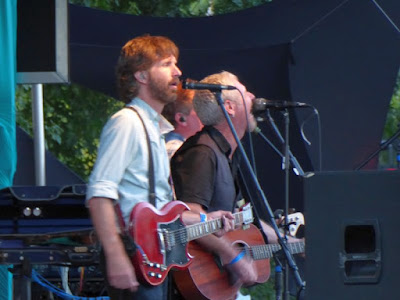 The band brought out some hula hoop dancers... 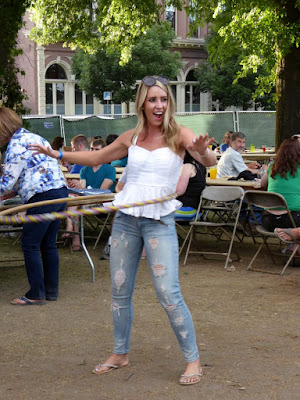 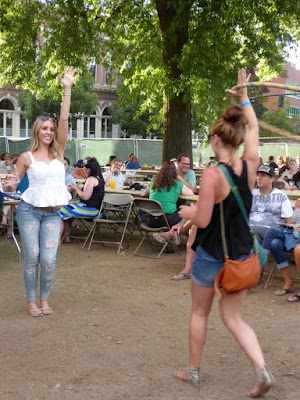 ...and this woman (probably his mom) dancing with an enthusiastic young boy. 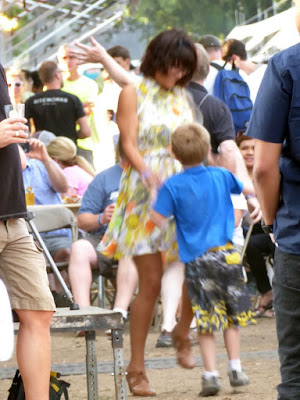 Worst of all, it was a slow day for tankard sales. In fact, it was abysmal until evening. From opening until about 4 pm, I only sold TWO, in fact. Thankfully things picked up in the late afternoon/early evening, so I ended up selling 21. Not great, but at least it wasn't a disaster either.

Friday sales are usually better, so I hope things pick up today. I'm off for another day of peddling wares.
Posted by Patrice Lewis at 9:18 AM