Cash under the mattress or chickens in the yard?

We've been watching the situation in Greece with great concern. It seems the instability in the Greek banking system has reached crisis proportions, and the EU itself is threatened.

And it is the ordinary Greeks who are suffering. Anyone drawing a pension is limited to taking out 120 euros per week, and others are limited to 60 euros per day (in some places it's 50 euros, since apparently Greece is running out of 20-euro bills).

Yesterday I saw an interesting article entitled Greek villagers' secret weapon: Grow your own food. "Ilias Mathes has protection against bank closures, capital controls and the slashing of his pension: 10 goats, some hens and a vegetable patch," starts the article. 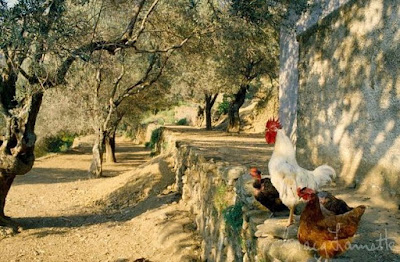 It goes on to say that while rural villages are by no means immune to the financial crisis, at least they're not in imminent danger of starving.

Meanwhile in urban areas, grocery store shelves are being stripped bare as people desperately stock up. At the moment grocery stores are resupplying from their own storage areas, but the cash crunch means incoming supplies are slowing down. I doubt anyone is going to let Greece starve, but it's not a fun situation for the ordinary Greek citizen.

Now consider this article I tucked aside from a couple weeks ago in which one of Britain's most senior fund managers urges people to "hold physical cash" (euphemistically referred to as putting money under the mattress) to prepare for a "systemic event." I'm sure Greece was on his radar when he said this.

Quoting the article: "'Systemic risk is in the system and as an investor you have to be aware of that,' he told Telegraph Money. The best strategy to deal with this, he said, was for investors to spread their money widely into different assets, including gold and silver, as well as cash in savings accounts. But he went further, suggesting it was wise to hold some 'physical cash,' an unusual suggestion from a mainstream fund manager."

As as the Greeks are discovering, cash metaphorically under the mattress is great, but you can't eat it. The rural Greeks who have chickens, goats, and gardens -- even if they have no cash whatever -- 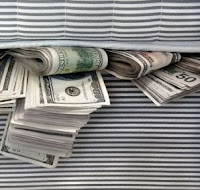 are in a better position than those who are facing bare grocery store shelves and riots in the streets. If nothing else, it gives them goods to barter.

This is why I urge people to consider what we call tangible investments. Some interpret this term to mean gold and silver. That's fine and dandy if you can afford it, but we've taken a different route. We're "investing" in our farm and its infrastructure and livestock.

As the Greeks are discovering, it's not a bad investment tactic in the long run.
Posted by Patrice Lewis at 7:02 AM