Stop reading to your children! It's unfair!

Holy cow. Just when you think things can't get any whackier, things get whackier.

We all understand, academically as well as emotionally, that children raised in a loving family do better in life. That love often translates into doing such wonderful things as reading to your children. 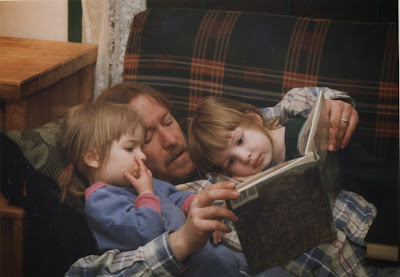 But what happens if you have the audacity (gasp) to raise your children in a loving family, and the temerity to (gasp) read to them? You're being unfair to children who don't have those advantages!

So what's a good loving family to do? Rather than encourage more parents to be loving, instead parents should stop being loving because they're giving their children an "unfair advantage" over other children who may not be lucky enough to have loving parents who read to them.

Or so concludes a whack-doodle progressive "professor" (I use the term lightly) in England. Only in academia could the obvious conclusion be twisted so badly.

"I don’t think parents reading their children bedtime stories should constantly have in their minds the way that they are unfairly disadvantaging other people’s children, but I think they should have that thought occasionally," British academic Adam Swift told ABC’s Joe Gelonesi.

In his article, Gelonesi added: “This devilish twist of evidence surely leads to a further conclusion that perhaps – in the interests of leveling the playing field – bedtime stories should also be restricted.”

Don came in from the shop laughing his head off after listening to Rush Limbaugh blast this fellow to pieces. From Limbaugh's transcript:

"One wacko, one lunatic, one extreme leftist who is obsessed with this perverted definition of fairness and equality and who is determining that parents who can read to their kids at night are giving them an unfair advantage. ... All of this is rooted in the idea that nobody should be any different – we should all be the same, we should all turn out the same.

"But, of course, we’re not all the same. Every damn one of us is unique. We are not like anybody else, by design and by definition. We all have different talents, characteristics, abilities, albatrosses, liabilities, differing levels of ambition. We have differing degrees of health, genetic codes. ... Nobody’s the same. And these people always insist, nevertheless, with enforcing uniformity on everyone.

"As liberals, the answer is not to help the kids who are not in good families. They become the lowest-common denominator. They become the baseline. Everybody must be made to be like them in order for everything to be fair and equal. The natural tendency of the left is to punish success, to punish achievement, to punish anything that they believe gives an unfair advantage."

It's comforting to know that while I may have major philosophical differences with liberals, even they admit this kind of logic is, well, dumb. 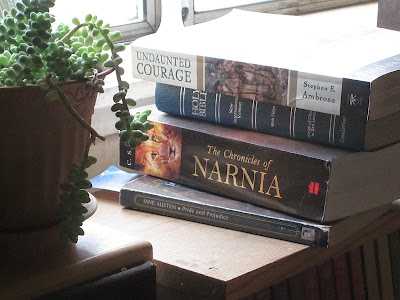 Now get out there and read to your kids.
Posted by Patrice Lewis at 2:14 PM