Requiem for a rooster 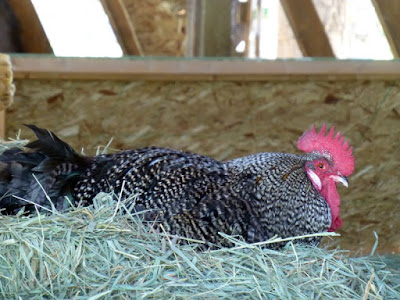 We hatched Snap from an egg back in August 2010. 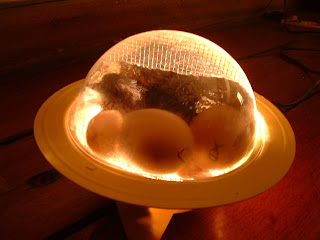 He was the ideal rooster: protective of his flock, easy on the hens, good natured toward us, virile, manly, showy. Over the years other roosters have come and gone, but Snap has been our mainstay. 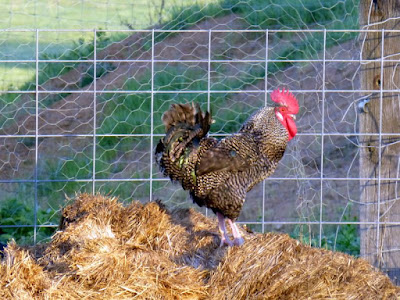 A coyote ended his life yesterday morning. I released the chickens from the coop in the early morning, as usual, and about an hour later I took a lead rope and went to get Polly from the pasture for milking. On the way back I walked past the telltale signs of predator/prey. 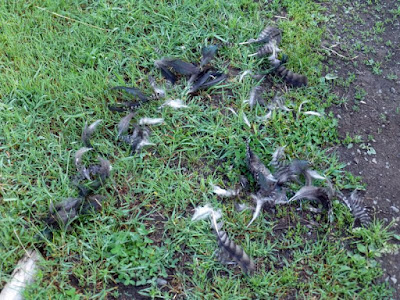 This is not the sort of thing I would miss seeing, so evidently it happened while I was out getting Polly. Clearly the coyote was waiting for the opportunity while my back was turned to steal his meal. I knew in a moment it was Snap who was taken. 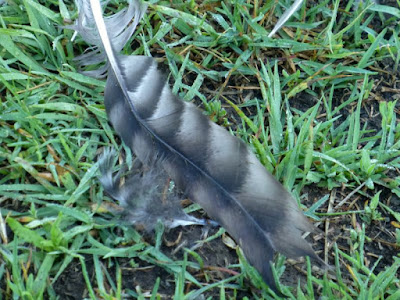 It would also explain why I found the hens huddled by the barn rather than scratching for worms in the compost pile. 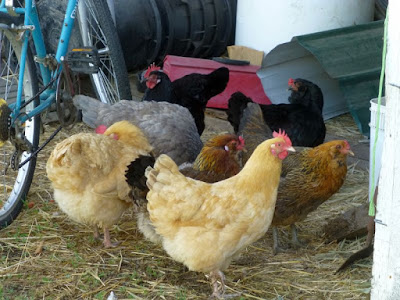 We are all surprisingly saddened by Snap's loss. Our yard seems empty and quiet without his lusty crow. I'm jumpy and protective of the hens who are now without their mate.

This coyote has been plaguing our neighborhood in the past couple weeks. Our neighbor across from us is down to two birds left in his flock, thanks to the coyote's insatiable appetite. We've lost a couple of hens as well. Once a coyote knows where to get an easy meal, there's no stopping him.

I saw the coyote early one morning last week. I went around to the back of the barn to check on Dusty and her calf, and saw the canine slink out of the woods... 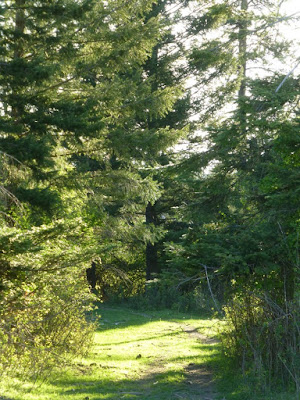 ...glance around, and slink back. I can't blame him, really -- it's how he makes his living -- but we're not about to lose our flock without a fight.

Don will be carrying the shotgun around and I'll start releasing the hens later in the morning when we have a more active presence outside.

Meanwhile we're planning another chicken coop and a fenced yard for our incoming Jersey Giants, which should be arriving next week. As newborn chicks, they'll spend their first month or so in the house, then another month or two in the inside coop in the yard, by which point (hopefully) we'll have the new coop and yard built.

Such is life on the edge of the wild. But we'll miss poor Snap. 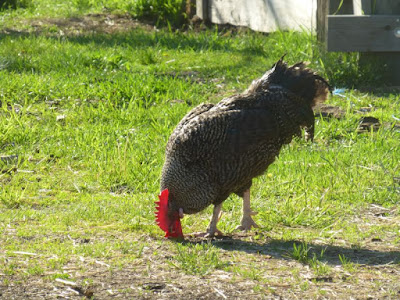 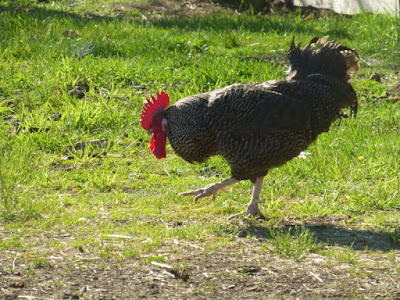 Posted by Patrice Lewis at 5:11 AM