Learn something new every day....

Last fall, we eagerly waited for the Brussels sprouts to mature in the garden. Rather surprisingly, our whole family loves this vegetable, and we looked forward to a nice crop. 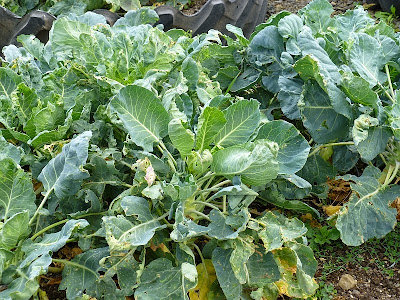 Discouraged, we abandoned them over the winter. And then... something surprising happened.

Most of the plants stand withered and dead... 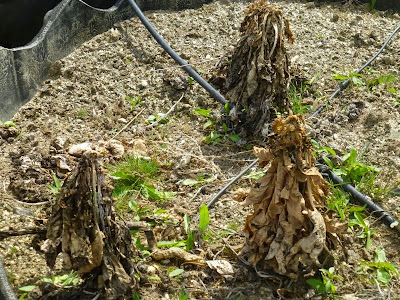 ...but a couple showed signs of green. Curious to see what they would do, I nipped off the dead leaves and left them alone. Over the last few weeks they burst into growth. 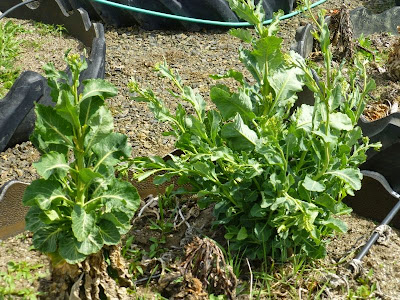 Come to find out, Brussel sprouts are biennials. Duh, who knew? Not me.

So now we have beautiful heads forming which will produce seeds in the next couple of months. 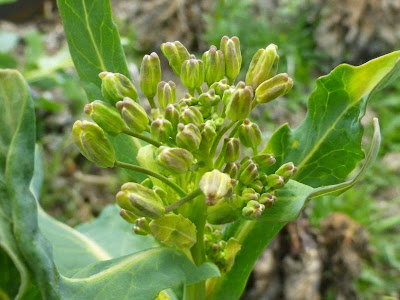 And the reason we never got any mature sprouts? Apparently they require a vastly longer growing season than we gave them. 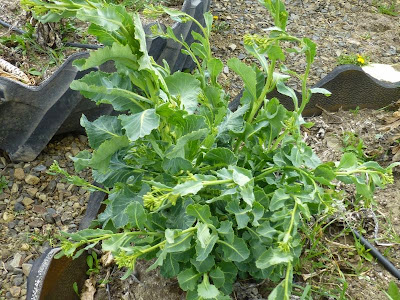 So make a note: around here, I'll have to plant Brussels sprouts in January or February (in the house, of course).

Ah, gardening, the art which never ceases to make the artist look foolish. Or, to put it another way, ya learn something new every day.
Posted by Patrice Lewis at 7:07 AM