The last day of the event was enjoyable -- brisk sales, moderate weather, cheerful crowd. We sold 29 pieces, a highly respectable number for a Sunday. Older Daughter came with me to the booth and was able to see why her mom returned exhausted every night.

Because Older Daughter wasn't driving, she could take a shot of the beautiful downtown as the bridge flung us over the river (I'm always too busy negotiating lane changes and dealing with merging traffic at this juncture). 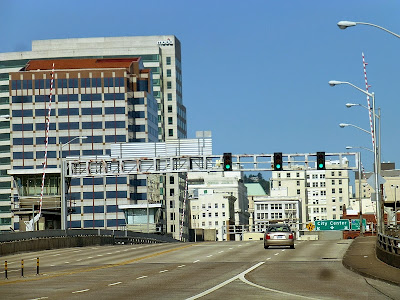 The festival site from the bridge. 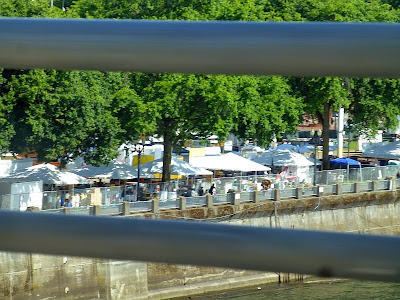 Shots from the day:

A weird freaky tattoo in the crook of a woman's elbow. (She was particularly proud that the eye would "blink" whenever she opened or closed her forearm.) It never fails to amaze me how many people in Portland are tattooed. I've heard it called Ink City. 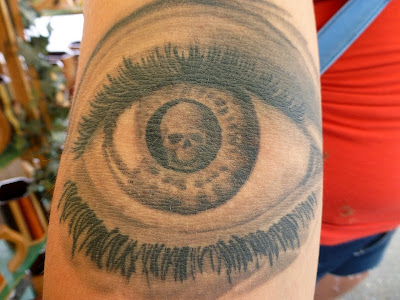 Older Daughter took a walk with the camera and found this silver-bodied street performer imitating a statue. 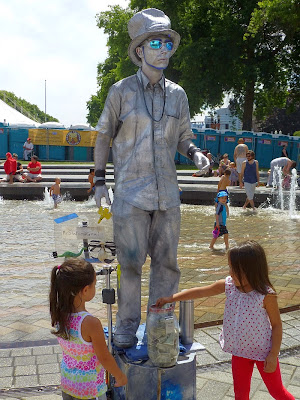 The base of his platform had the following announcement: 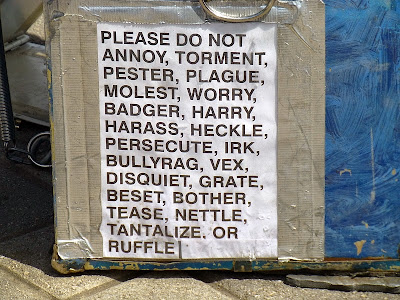 She watched, fascinated, as the living statue did some "contact juggling" with up to four balls. 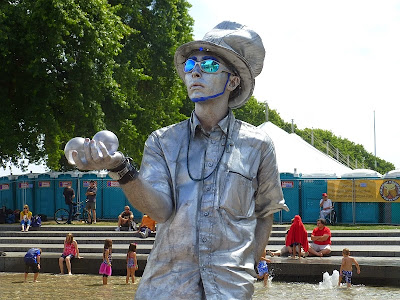 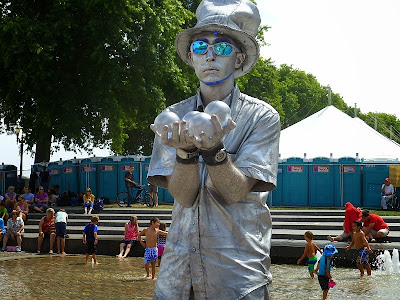 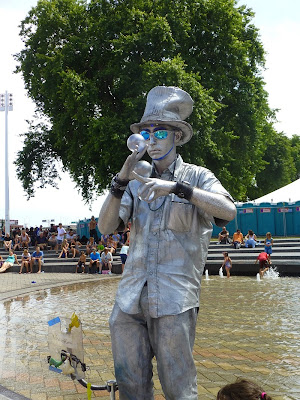 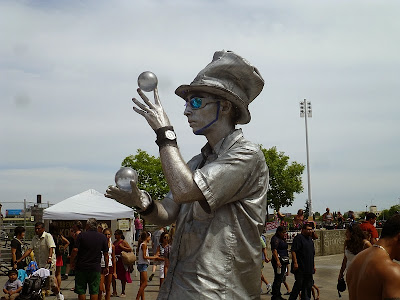 When he was done with his four-hour performance, he packed down -- in slow "robotic" motion -- his box and tips... 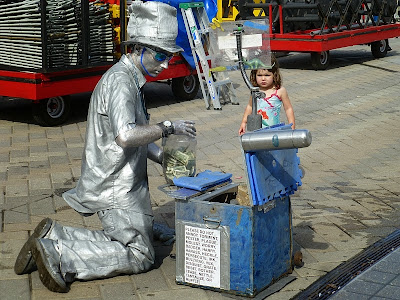 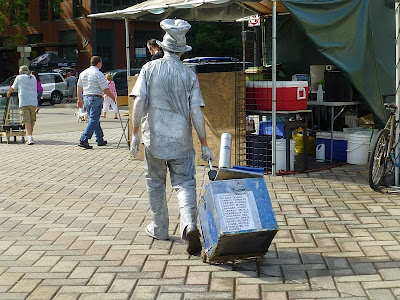 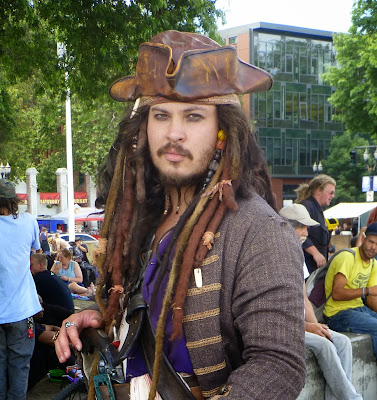 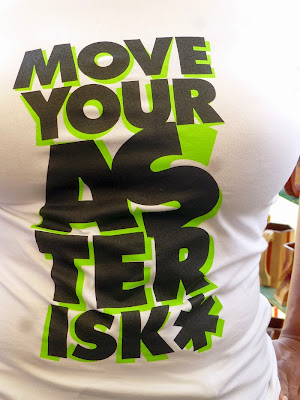 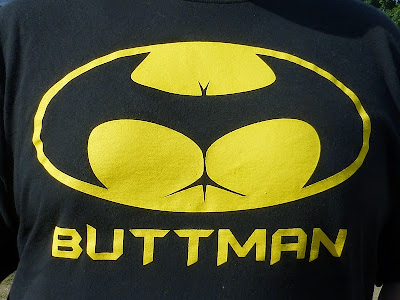 (No offense to our LDS neighbors or readers.) 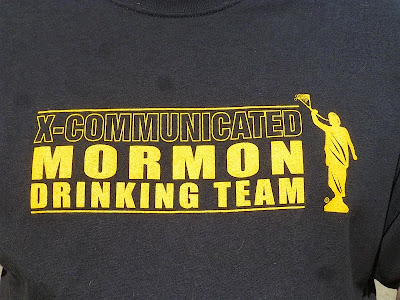 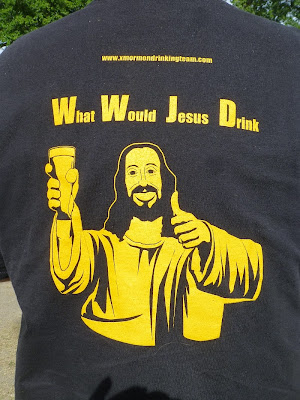 The bands brought dancers. This woman was twirling what looked like leather balls at the end of strings. She was very graceful. Apparently she's called a "fire dancer" because at night the balls can be lit, which must be a beautiful sight. 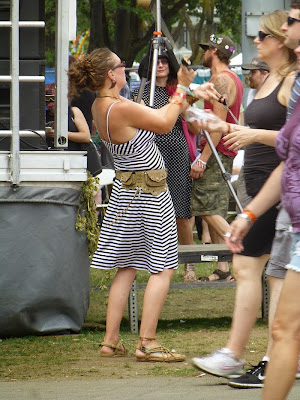 There were also hoop dancers (three) who looked lovely as they twirled their hoops. Photos don't do them justice. 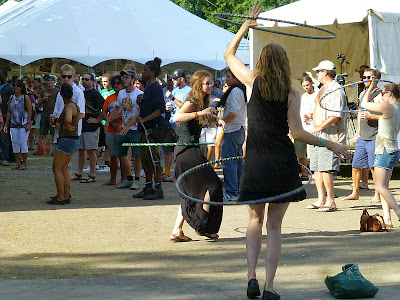 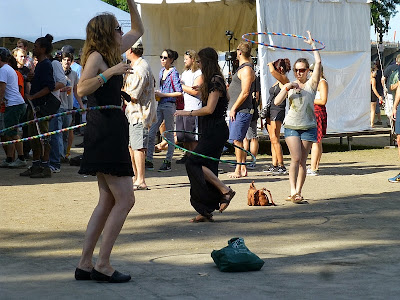 Older Daughter decided to tie up one of our mini "shot glass" tankards in her funky long earrings, which were pinned into her hair. (It got too heavy so she soon took it out.) 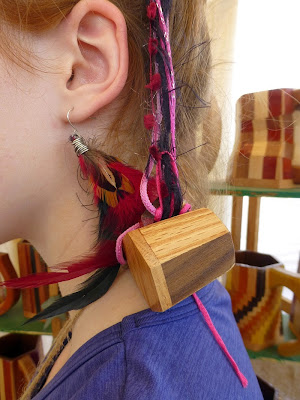 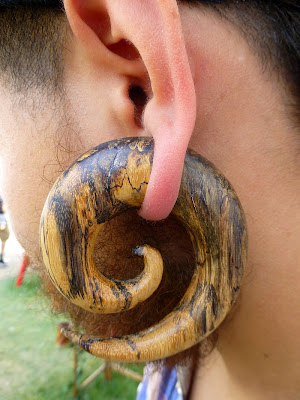 This gentleman told me he has one more eight-inch "stretch" to go and his lobes will be a full inch in width. He had identical gauges in both ears. 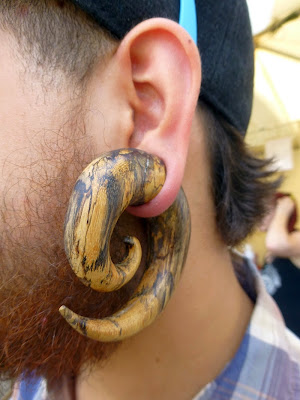 This fellow walked into the booth in extremely unique shoes. 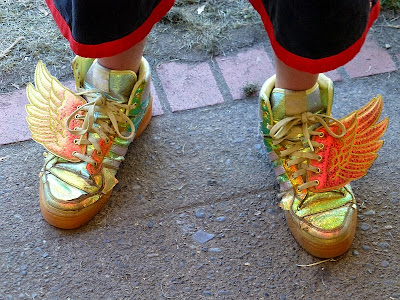 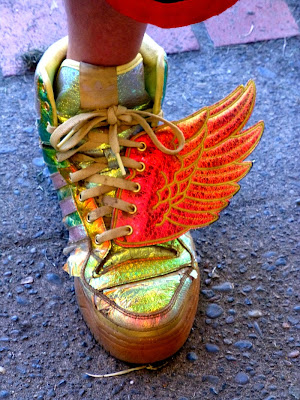 The event ended at 7 pm and then came the laborious break-down. Afterward we wanted to visit the famous Voodoo Doughnuts (just a few blocks away)... 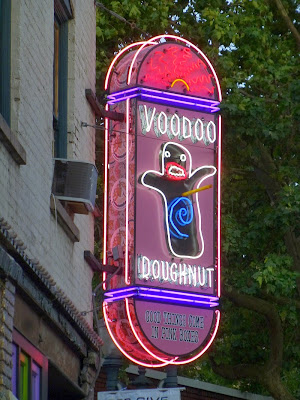 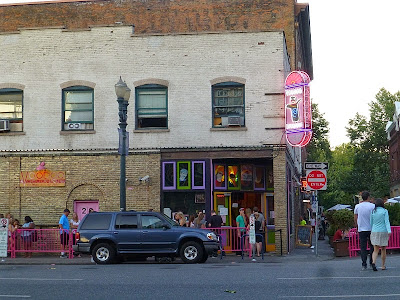 ...but the line was long and pretty much immobile. We waited five minutes and decided it wasn't worth an hour of our time just to get into the door, especially since we were exhausted. So we went back to our friend's house and crashed. 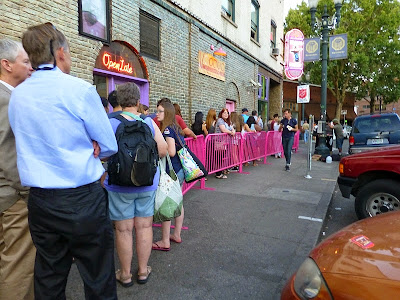 Shortly after posting this blog post, Older Daughter and I will visit Powell's Books and then head out for the long drive back to Idaho. Can't wait to get home!
Posted by Patrice Lewis at 8:43 AM