Well this was a first for all the years I've been doing this sales event -- it rained.

To Portlanders, of course, rain is nothing more than "liquid sunshine." Rain in Portland is like sunshine in Phoenix -- it happens all the time. Nonetheless it's the first time it rained on me during this particular show.

Thankfully I was renting a booth provided by the event, and it was watertight. I only put out two of my four shelving units, stripped the booth of anything dangling (tankards, signage, etc), and otherwise kept a pared-down display. 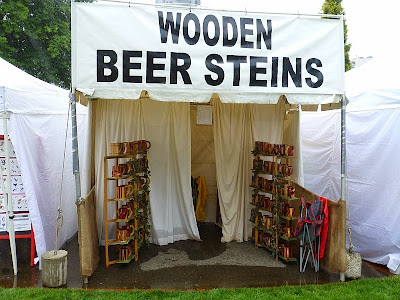 The problems didn't arise from what was falling from above. The problems arose from what was collecting below. The vendor booths are on an apron of concrete that has a tiny slope down to the grass. The water came off the concrete and collected at the edge of the grass, then backed up into the booths. Because the concrete was wet, I couldn't put any boxes of stock directly on the ground or the boxes would soak through. So I (ahem) borrowed a couple of folding plastic chairs and laid them on the ground, then put the boxes on those. It worked fairly well. 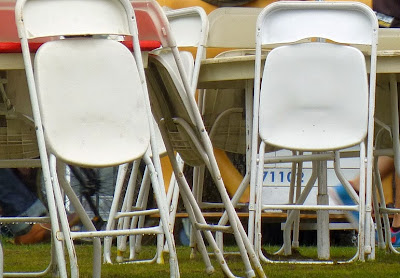 My booth was comparatively dry, but the two booths next to me were awash, literally. The vendors were standing in three inches of water, and of course no customer wanted to wade through the puddle to investigate the wares inside. So a bunch of us got together and moved the booth right next to me up off the concrete and forward onto the grass. 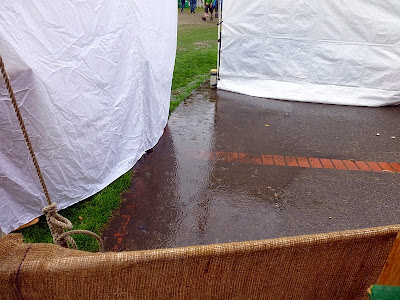 Nevertheless, the true Portlanders didn't let a little damp get in the way of having fun. I won't say the event was crowded, but there were a lot more people there than I would have thought. 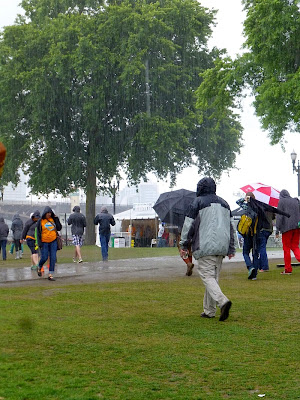 This was a reggae band performing their hearts out to an audience of five or six. The band was good, too. 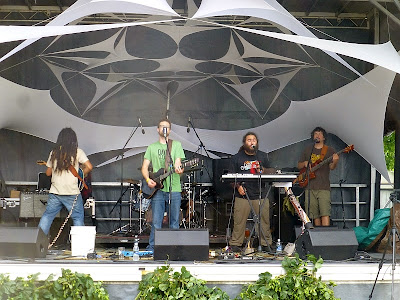 During a time when the showers tapered off, I noticed this pretty little girl who had discovered... a mud puddle. Oh joy! 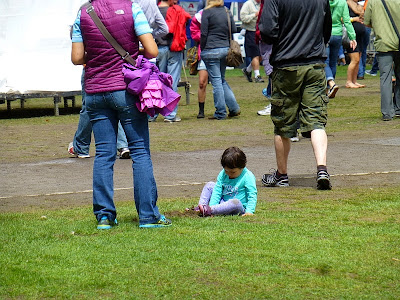 I was talking with a customer at one point when something whizzed overhead. My jaw dropped -- it was a small remote-controlled drone that someone was operating. 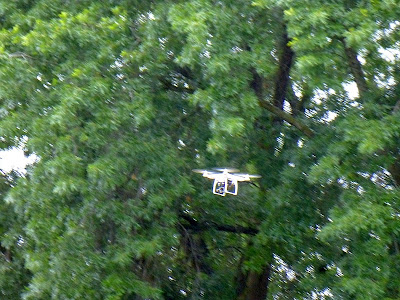 It was moving fast so it was hard to get an unblurred photo, but it hung around for ten minutes or so. 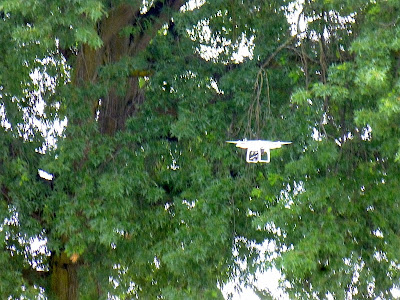 I didn't have many opportunities to get photos of Kolorful Karacters (since the uncooperative weather kept most of them away) but I did get a few. Here are a couple of gentlemen sporting leiderhosen who posed with big and little tankards. 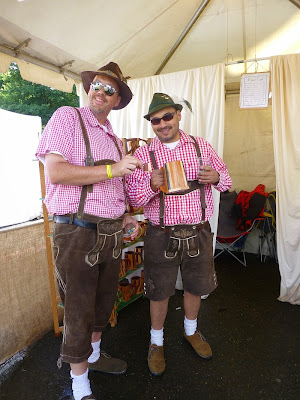 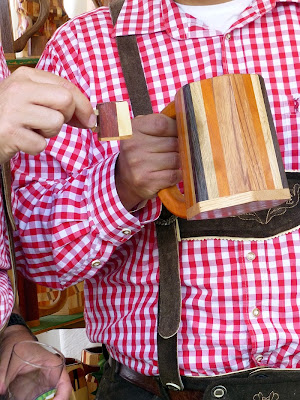 Here's a fellow with a moose-antler helmet... 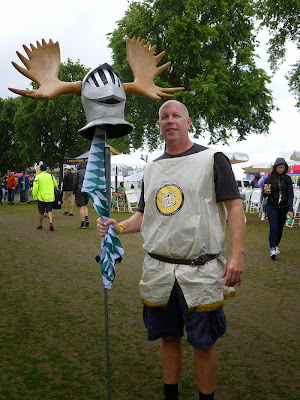 ...who donned it for my edification. 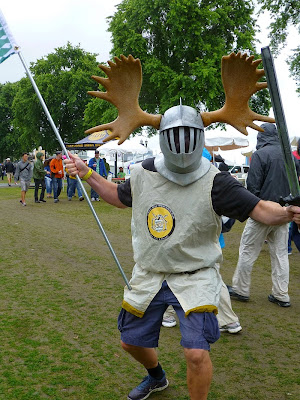 This was a very nice fellow with impressive ear... um... holes (one with a gauge-thingy and one just an open hole). He said it took him two years to get his ears to this point. Older Daughter winced when I showed her this pic. 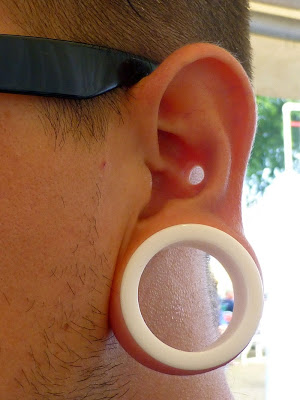 That's about all the photos I had. Things dried out in the afternoon and I sold an extremely respectable 26 pieces. Considering the weather, I had no complaints!

I must say that despite the "liquid sunshine," yesterday's crowd was very cheerful and good-natured about the rain. Today's weather is supposed to be vastly improved so I hope to report higher sales, as well as get more photos. Onward!
Posted by Patrice Lewis at 8:52 AM