If you remember, we had some voracious robins gobbling the strawberries a few weeks ago. 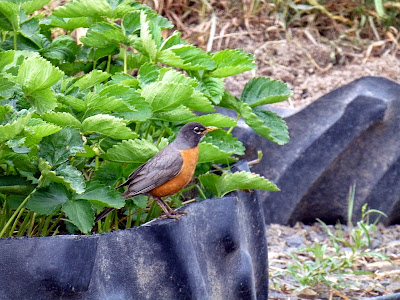 To deter them, we netted all the beds. 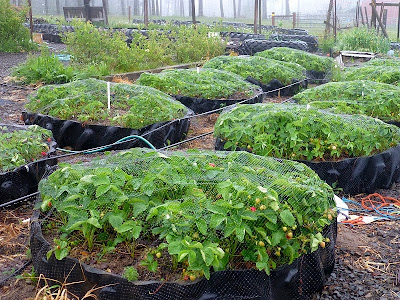 As one reader accurately pointed out, we were risking "catching" robins or other critters who might get tangled in the netting. The mesh worked beautifully to deter pests, and as it turned out, we only had one bird caught (by the toe) during the three weeks the strawberry beds were covered. I was able to extract him safely and release him without a problem.

However the girls were picking strawberries a few days ago when Younger Daughter suddenly came dashing into the house for a pair of scissors. "What's wrong?" I asked.

"There's a snake caught in the netting," she replied, and dashed out again.

I grabbed the camera and followed. Older Daughter was chopping away pieces of the netting where the snake was caught. I sent Younger Daughter back to the house for a pair of embroidery scissors since I knew big scissors wouldn't work to extract the snake. 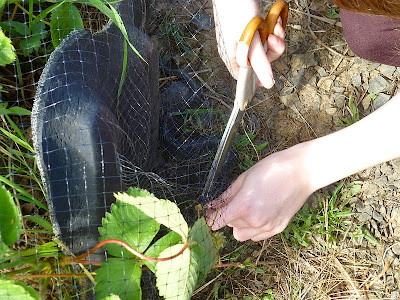 The poor little guy had done an extremely thorough job of tangling himself up. 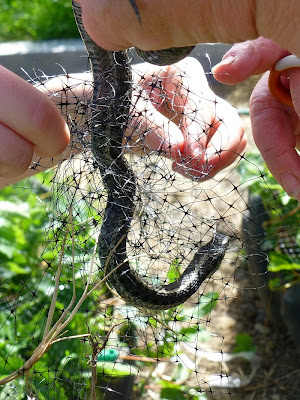 While Older Daughter took pictures, Younger Daughter held the netting apart while I carefully -- carefully -- snipped away the mesh. It was pretty tight against the snake's scales so it was tricky work. 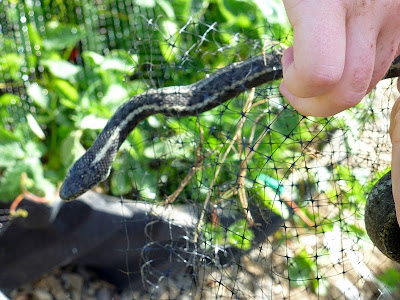 He wrapped his tail around my hand while I worked on his upper body. Fortunately he wasn't hurt in the slightest, just entangled. 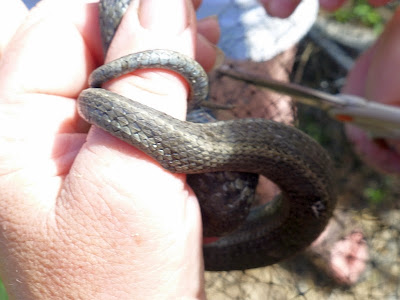 The girls breathed a sigh of relief when he was free. Anyone know what kind of snake this is? 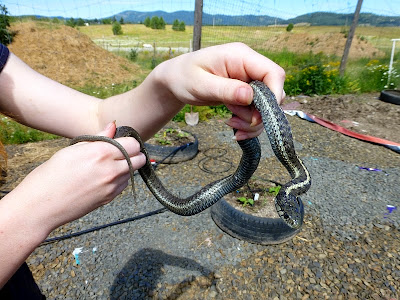 Because she was concerned the snake might have gotten dehydrated during his imprisonment, Older Daughter wanted to release him by the pond, which she did. 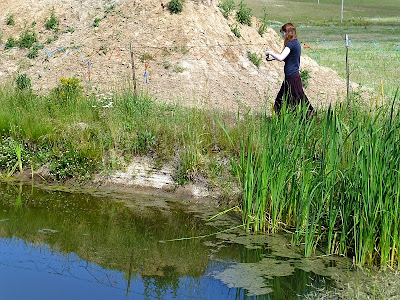 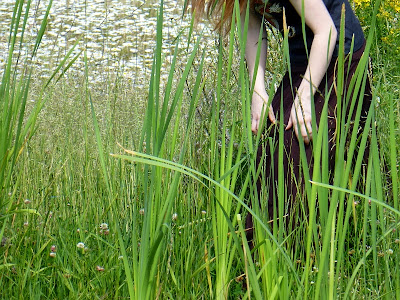 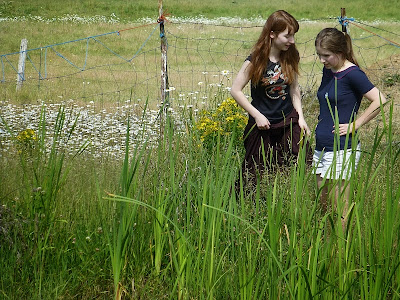 However we decided that since the June-bearing strawberries were moving past their peak, it was time to remove the netting. They girls piled it up, and I bundled it together and put it away for the year. 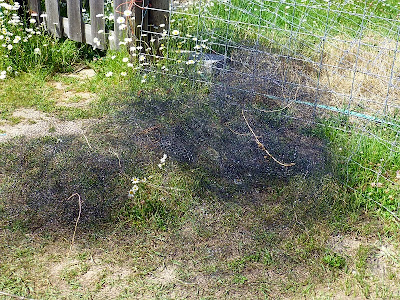 So it was the height of irony when I went out into the garden yesterday morning to do some weeding, and saw this cheeky chipmunk dashing across the gravel with a strawberry in his mouth. He paused and ate it long enough for me to take nine photos (most of them identical) before dropping his breakfast and dashing off. 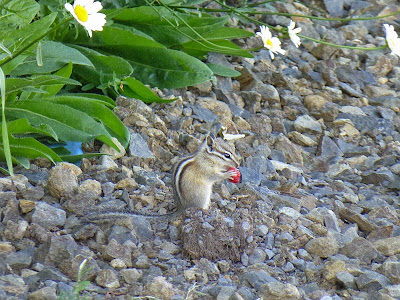 Ah well, I can't complain that we aren't getting enough strawberries. I guess I can spare one or two to the chipmunks. 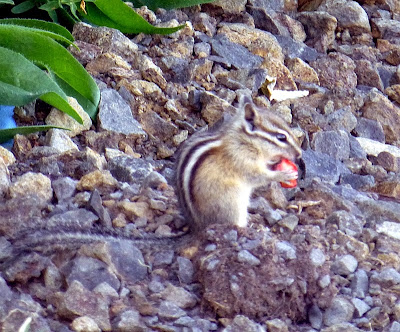