Well oddly enough I didn't get a lot of noteworthy photos from yesterday. It was busy busy busy! -- but for once Portland wasn't really living up to its unofficial motto to "Keep Portland Weird."

Okay, so there was a little bit of Keeping Portland Weird. Here's a guy dressed up as a beer bottle. 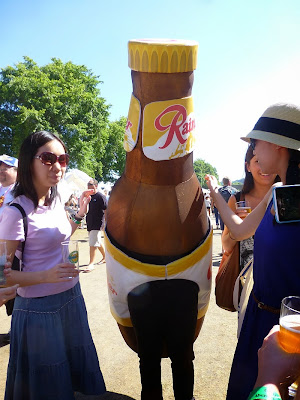 To top that, I stepped outside the event fencing along the riverfront and saw -- no kidding -- a fellow riding a unicycle while dressed up as Darth Vadar and play bagpipes. (Well, why not?) He moved so fast that I was barely able to snap this shot before he'd whizzed by, trailing Scottish music in his wake. Just doing his part to keep Portland weird. And succeeding very well, I might add. 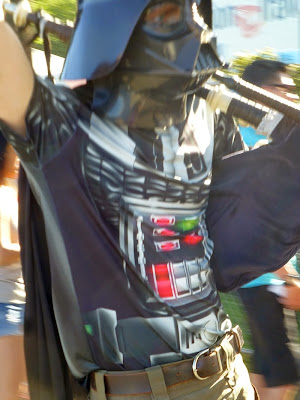 I just took a few random shots here and there. Here's a wince-worthy fellow I met, whose earlobes were stretched out to an amazing degree (also notice the large silver stud in the ear concha -- and I had to look up what that little part of the external ear anatomy was called). 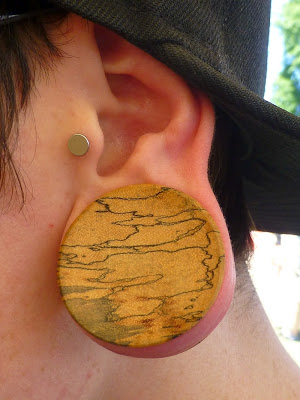 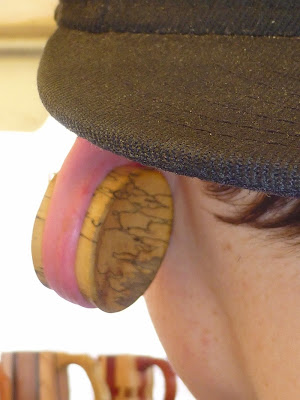 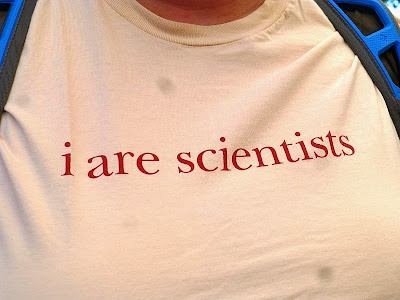 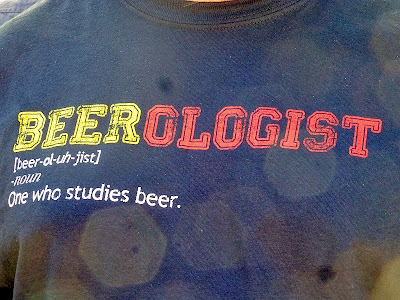 A neat head of hair (it was dusky when I snapped this so it's not the clearest): 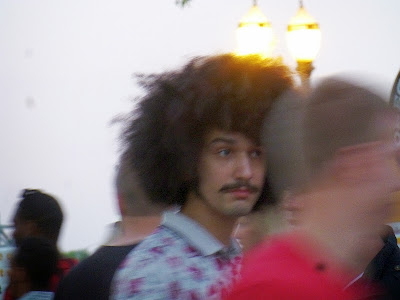 Crowds were thick by mid-day. 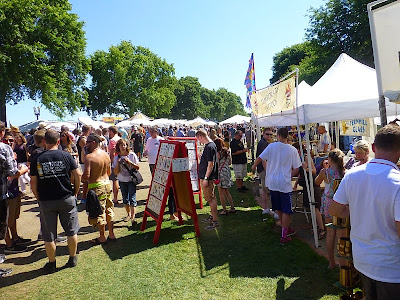 In fact, the crowds were so thick that apparently the fire marshal made the decision that the park had reached capacity and no one else was allowed in until an equal number left. I took these following two photos around 5:30 pm when the lines (the folks standing against the chain-link fence) to get into the park were hundreds of feet long. 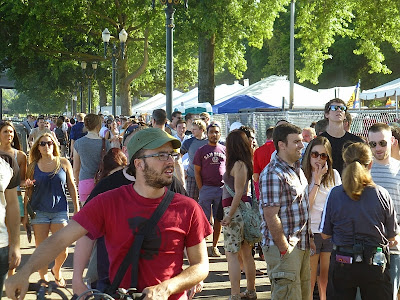 I talked to a security guard about the lines and he explained about the fire marshal's ruling. "Boy that's going to tick off a bunch of people," I commented. "Yes it is," he agree. I told him "Good luck" and the guard sort of winced and said "Thanks." 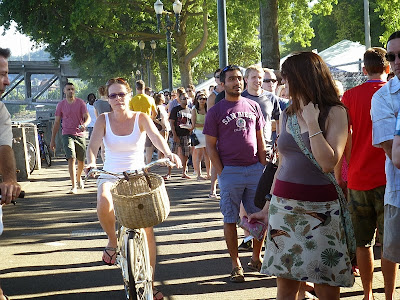 However there wasn't any trouble -- not one iota. Apparently Portland folks are quite mellow and understanding of this kind of thing.

By early evening the box in the back of the booth containing overflow stock was empty... 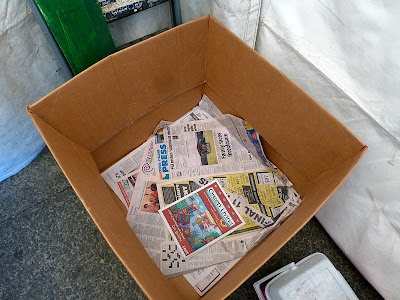 ...and I had removed the lowest shelf from one of the shelving units. 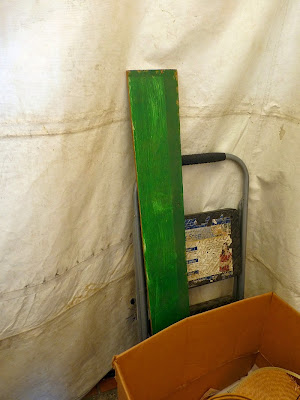 An hour later I had removed a second shelf. 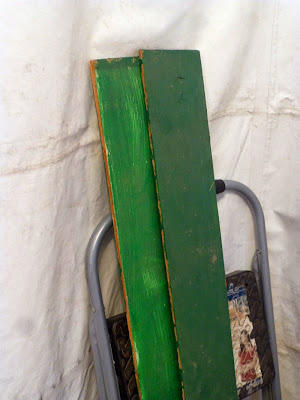 Crowds were kinda rowdy by late in the evening but certainly not out of control. That's one highly admirable thing about this event: they have internal security up the whazoo; but more than that, people are here to have fun, not make trouble. That's one of the reasons this show is so enjoyable to do.

I didn't get any more photos but we sold 39 pieces -- not outstanding, but nothing to sneeze at either. So I'll just close with a cartoon Older Daughter found that I thought was hilarious. 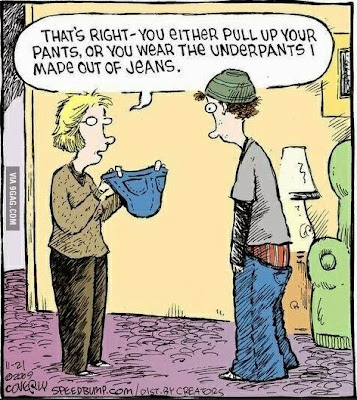 Posted by Patrice Lewis at 8:51 AM