With hot weather upon us, the last thing I feel like doing is cooking a hot meal (or even eating one).

In addition, we've been working long, hot hours (particularly poor Don) on a massive production run of almost 300 pieces. I don't have the energy to get creative in the kitchen. 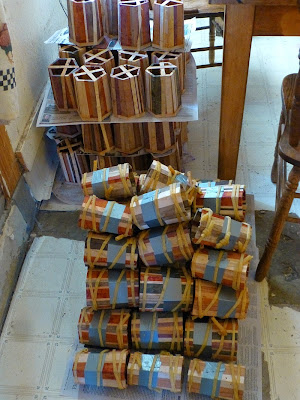 I looked online and found a suitable recipe here, then made a few modifications to taste.

I started with shredded chicken breast from meat I canned up awhile ago. 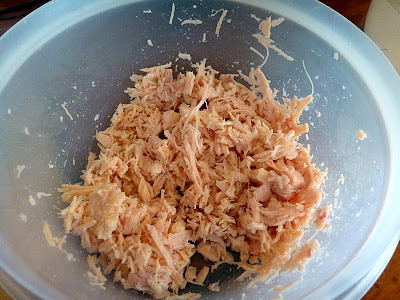 Then I pulled out some walnuts, an onion, and a head of broccoli. 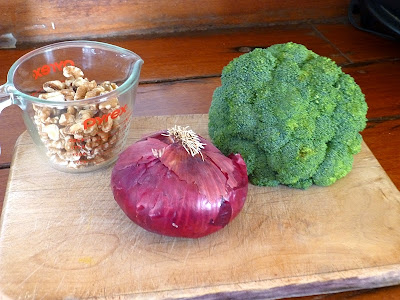 I chopped the onion fine in a chopper... 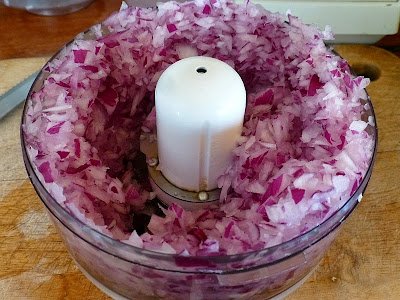 ...then added it to the chicken, along with chopped broccoli. 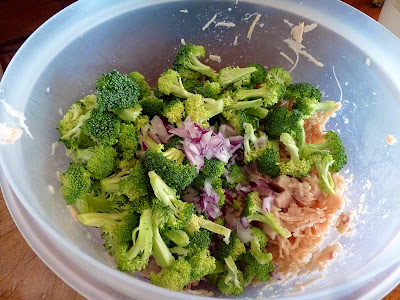 I also whizzed the walnuts in the chopper. 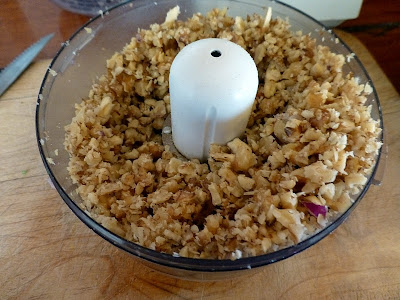 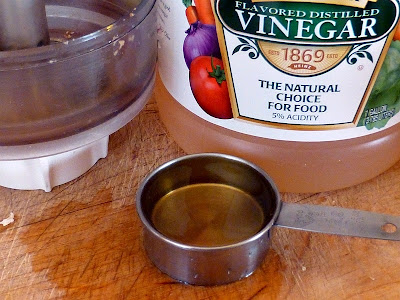 Some people like a lot of mayo in their food, but I don't. I added just enough to moisten the salad. 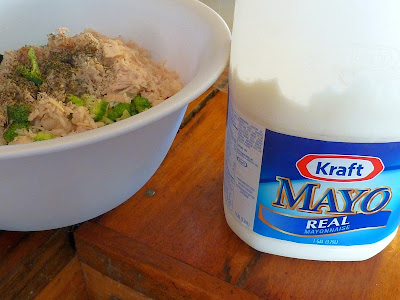 It was overflowing the other mixing bowl so I transferred the salad to a larger bowl and added salt and pepper to taste. The result was a delicious and filling meal with lots of leftovers for future meals. 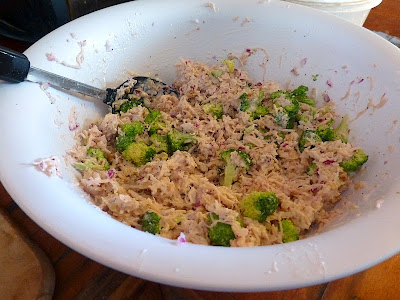 The nice thing about this recipe is it can be tweaked according to everyone's personal tastes. Next time, for example, I'll add more chopped walnuts and broccoli. Other versions of this recipe called for raisins or bacon crumbles or dried cranberries... basically anything that sounds good. 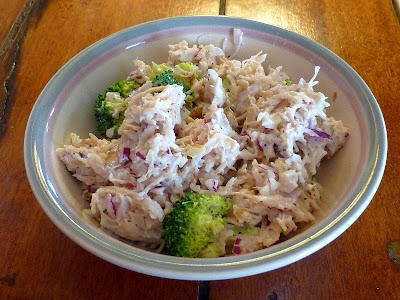 An excellent cold dish for hot days.
Posted by Patrice Lewis at 6:04 AM