Younger Daughter was informed by her music teacher, Mr. B, that she would be participating in a Palm Sunday cantanta as part of a small orchestra accompanying a choral group. (Ahem. Her participation was not voluntary.)

Apparently so did everyone else. From the first very rough sight-reading rehearsal to the second and then third rehearsals, Mr. B was extremely pleased with everyone's progress. Yesterday was the performance.

Here's the dress rehearsal. The performance took place in a church in a nearby town. 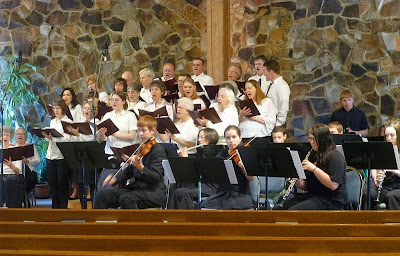 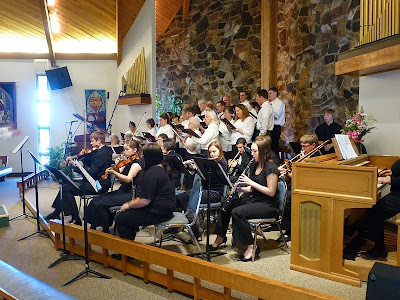 Mr. B was conducting so fast his arm was blurry. 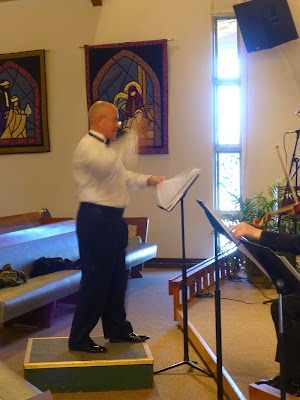 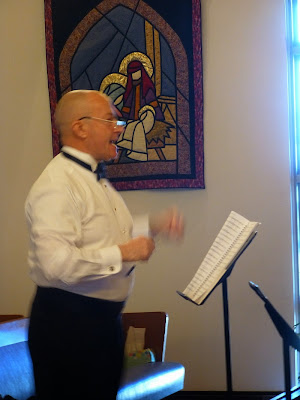 This was Younger Daughter's first time playing with a group of more than one or two, and she carried herself splendidly. 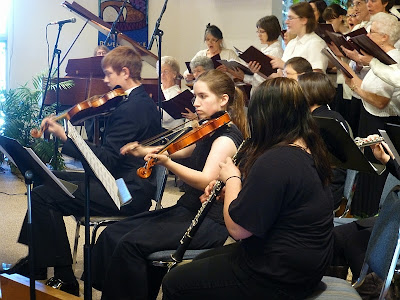 Mr. B is one of the most beloved music teachers in the area, the kind of person who can pull together fifty or more people of different ages and skill levels and do a lovely performance at almost the last minute. 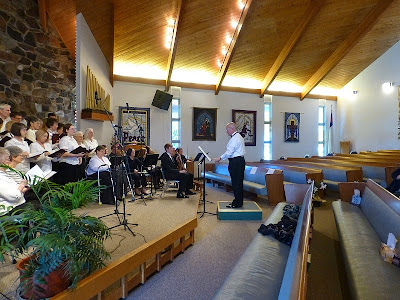 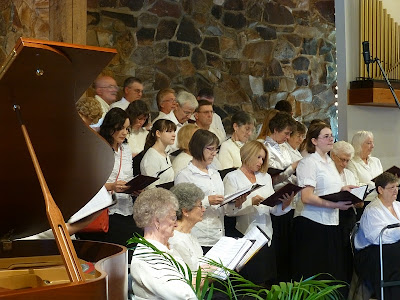 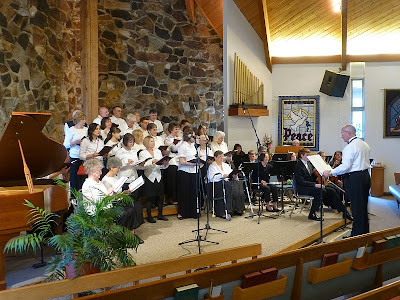 The cantata played to a packed house. Every pew was full and some people were lined up against the back walls. 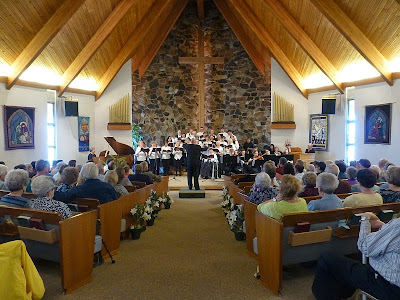 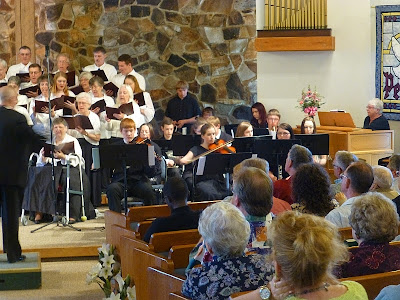 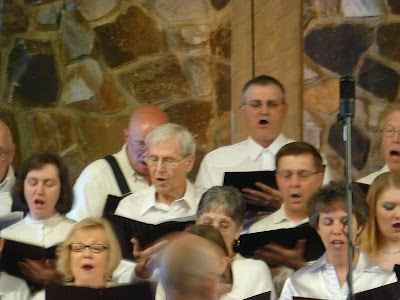 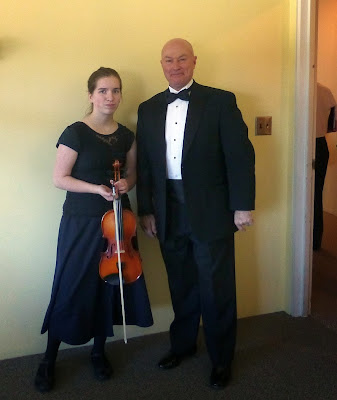 Posted by Patrice Lewis at 6:18 PM