On my "daily constitutional," I pass a tree by the side of the road, one of thousands. But last fall I noticed a pile of branches at the base of this tree, as if someone had trimmed and piled them there haphazardly. 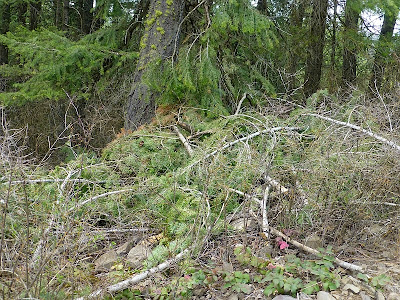 Branches come down all the time in the forest, but not in such quantities -- or such order. These were piled only on one side of the tree, not scattered all around the base.

The big mystery? The branches were clearly snapped off from way up high. 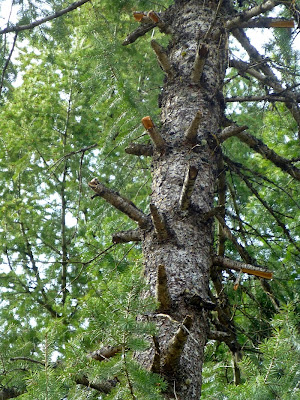 They were definitely broken, not cut. 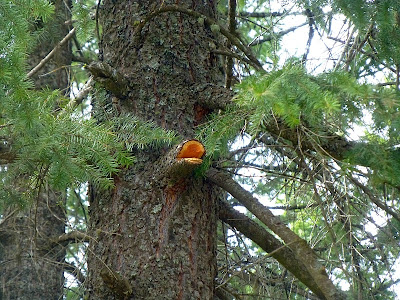 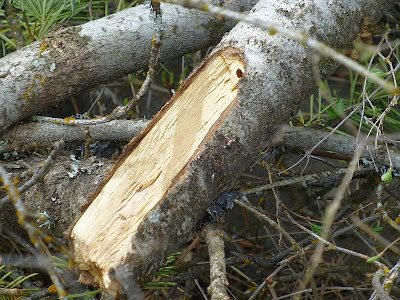 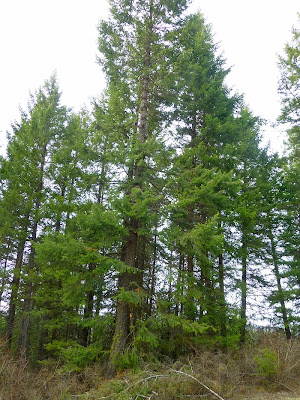 The snapped-off branches are just on one side, from about 40 feet up. No other branches were damaged except this one spot. 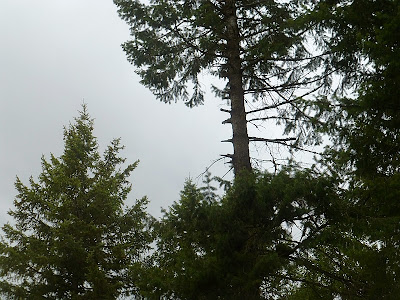 It's like something very, very heavy was flung against the tree and snapped branches as it slid down. It wasn't lightning (thunderstorms are pretty rare around here) and to the best of my knowledge northern Idaho has no native roc populations (a mythical bird of prey capable of carrying off elephants). 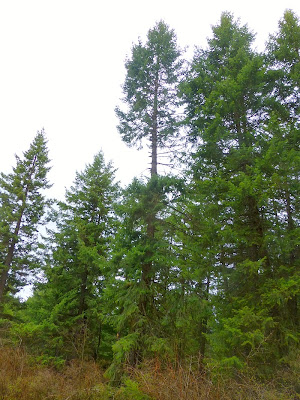 We get fierce winds here, but this particular tree is locate in a dip where the wind isn't as bad.

So... I'm clueless. I have no idea how those branches were snapped off one particular spot on the tree and fell in a pile at the base. Just one of life's little mysteries, I guess.
Posted by Patrice Lewis at 6:41 PM