March has come and gone with its traditional in-like-a-lion, out-like-a-lamb characteristic. But that doesn't mean we've been terribly mild! We've had rain on and off, sometimes gentle, sometimes furious. 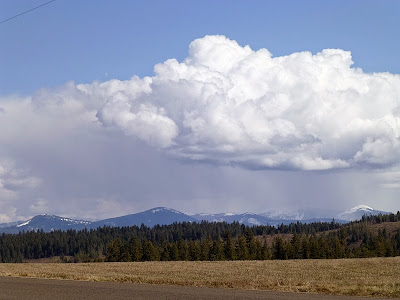 Probably snow, at that elevation. 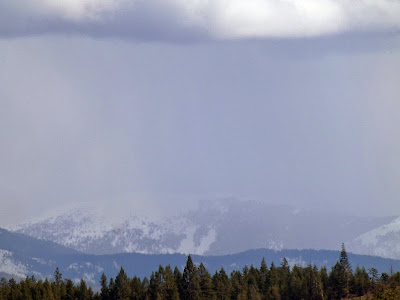 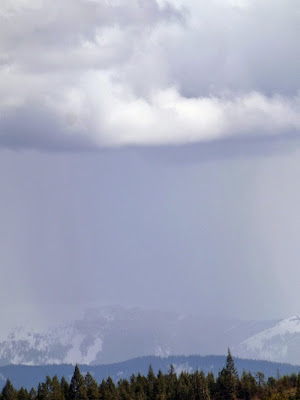 We've had an osprey hanging around for the last couple of weeks. We're a few miles from the lake so I don't know why he's here (since they normally eat fish), but he's a handsome bird nonetheless. 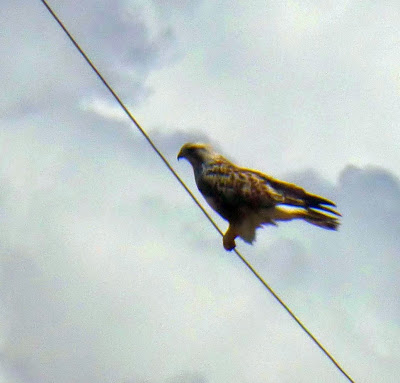 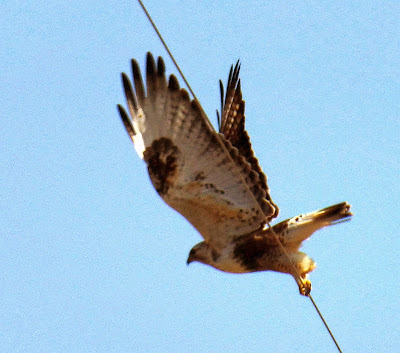 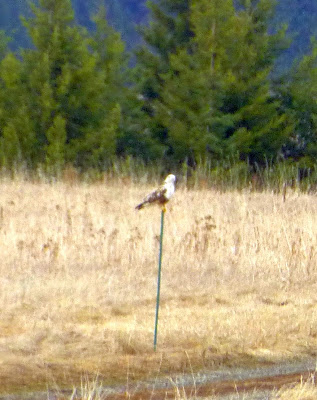 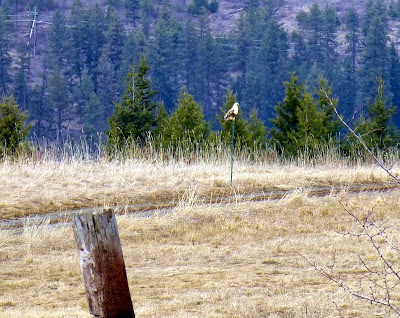 Earlier this week we had a lot of virga. 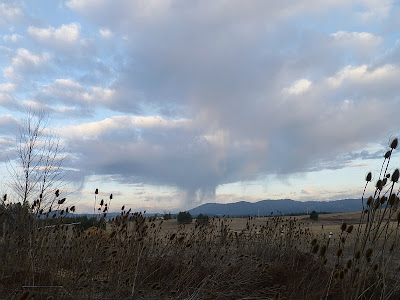 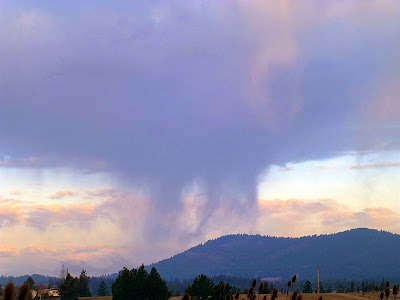 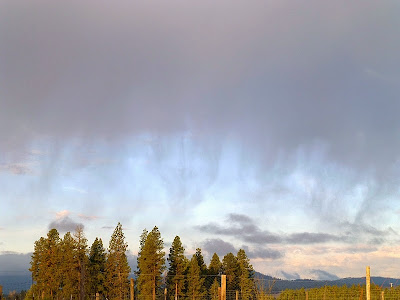 A mist cap on the butte. It was in this shape for about thirty seconds only. Sure pays to keep my camera in my pocket during morning chores! 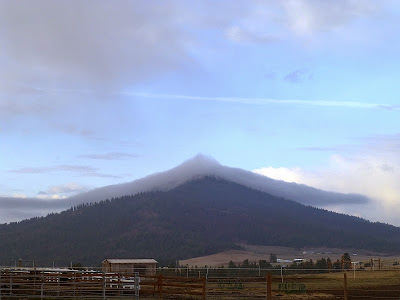 Incoming squall this afternoon. The contrast of sun against cloud was impressive. This is facing west. 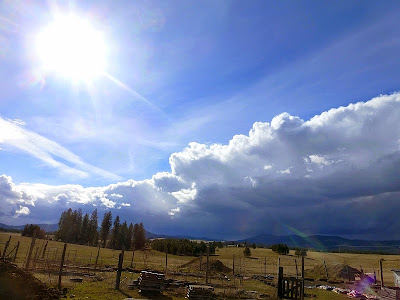 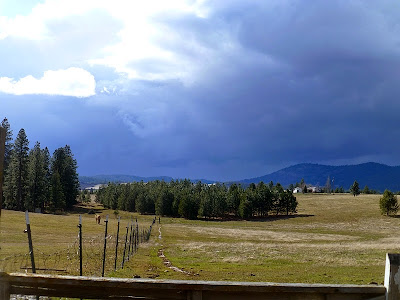 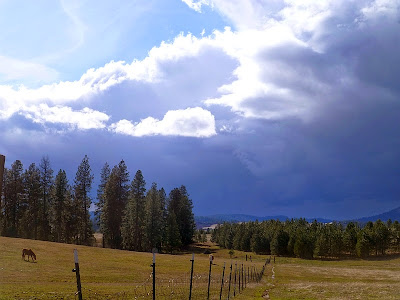 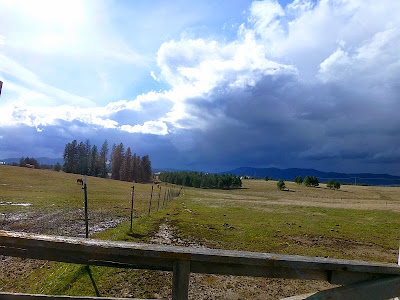 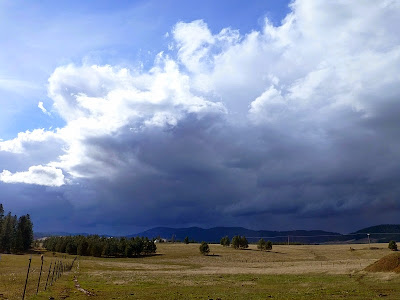 This is facing north. 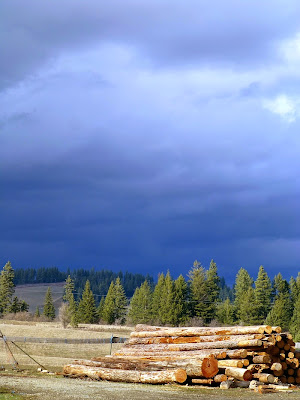 The calves were piled under the barn awning like puppies... 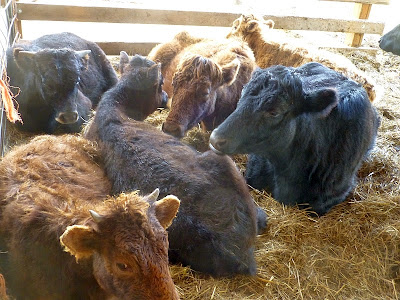 ...which was a good thing, since the squall brought hail. 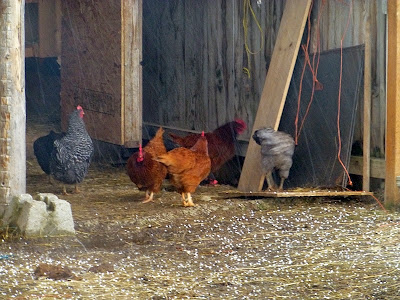 Soon everyone moved under the awning. The hail and rain didn't last long, however, before it was swept away. 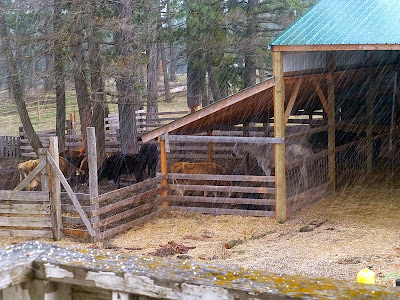 The day ended with a bright (though not particularly colorful) sunset. 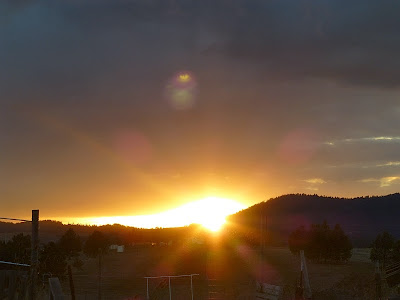 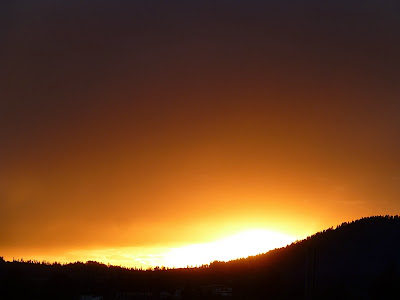 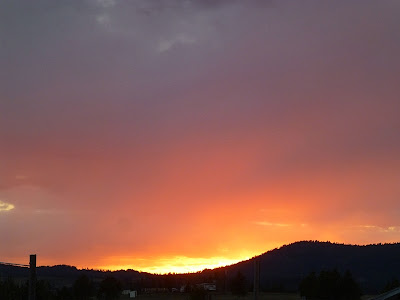 Posted by Patrice Lewis at 5:14 AM