Old-fashioned solution to a modern problem

Last Christmas, Younger Daughter received a graphics tablet as a gift in order to encourage her artistic and graphic design skills. A tablet is a gizmo that allows you to draw freehand on an electronic pad (tablet), and the drawing appears on a computer screen where you can use computer-enhanced features to modify the drawing (shading, coloring, etc.).

Anyway, suffice it to say she loves her tablet and has spent countless hours working with it. Unfortunately it's led to one problem: bad posture. 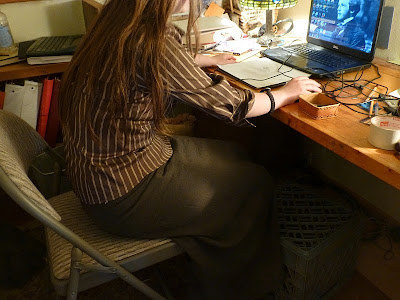 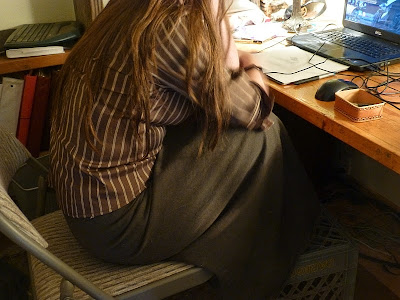 Younger Daughter is perfectly aware that her posture needs work, but when she's caught up in the intricacies of a particularly detailed drawing, she just doesn't think about it. As a result, she's been getting a sore back.

So when she spotted (of all things) a CORSET in a thrift store a few weeks ago, she snatched it up. 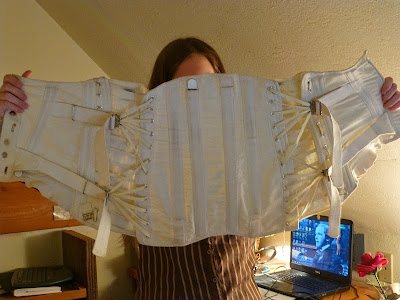 This isn't a shape-enhancing corset. No, this is a medicinal corset. She knows this because she did a little research on the manufacturer. 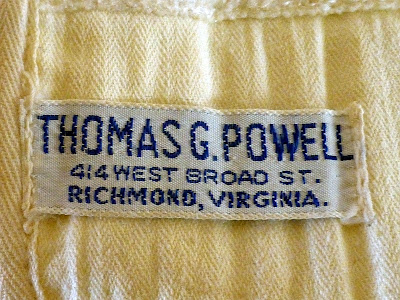 The company is still in business, and specializes in custom-made prostheses for amputee patients. Younger Daughter learned that the company used to made medicinal corsets for -- get this -- back pain. Her particular corset was probably made in the late 30s or early 40s.

It's easy to hook on and adjust with side straps. 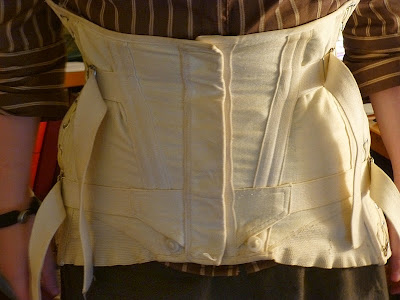 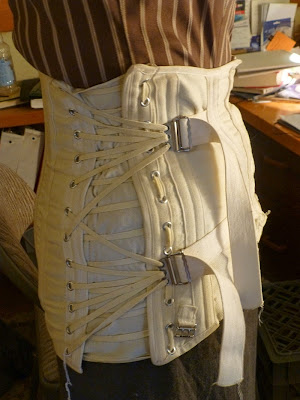 Now when she sits at her computer, her posture is vastly improved. 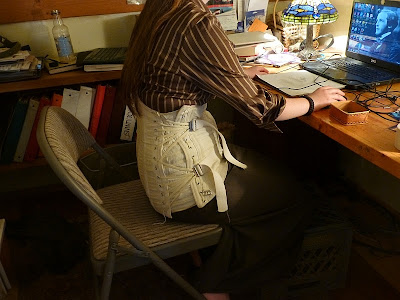 Who'd a thunk that such an old-fashioned archaic solution would work so well? Go figure!
Posted by Patrice Lewis at 9:03 PM