Younger Daughter brought to my attention a tremendously talented duo who won second place in the 2012 Britain's Got Talent competition who go by their first names, Jonathan and Charlotte. Like Paul Potts a few years go, Jonathan is overweight, has no confidence, and presents a grim picture. Yet his soaring, massive, extraordinary operatic tenor voice absolutely floored the judges and brought the house to its feet in cheers and applause. Their audition is here. 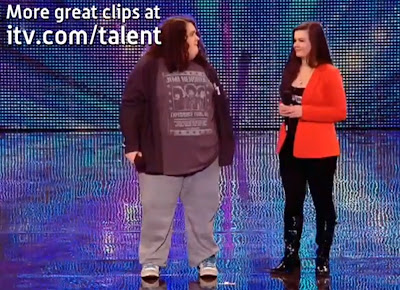 At first Charlotte presented a less strong presence, but she more than made up for it in the semi-finals, when she lent her singing talents toward an operatic rendition and outdid herself. 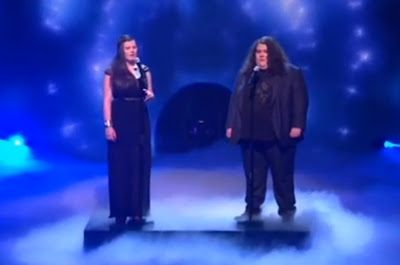 Their finalist performance is here. 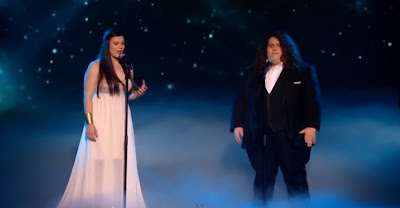 While they didn't win the 2012 competition (they came in second), within days they had a million-dollar recording contract. The most amazing thing? Both these young people are seventeen years old.

These videos will make your day.
Posted by Patrice Lewis at 5:37 PM