Children are the biggest regret

We went to visit some friends this weekend to see their new baby. We had been impatiently waiting to see their tiny son, who was born three weeks ago. The delay was due to a natural recovery time for the mother, compounded by their family coming down with the flu (except the newborn!) as well as nursing problems for the infant.

So we finally had a chance to coo and fuss over the beautiful baby. 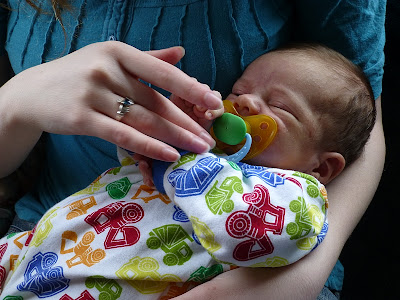 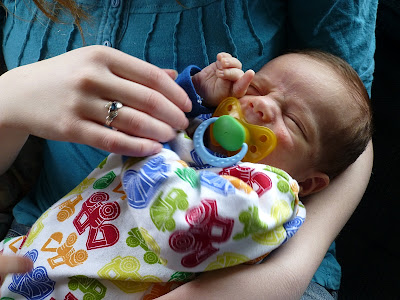 Because he's having latching issues, the mother is pumping breast milk and using a special bottle that is harder to suck -- harder, meaning it emulates the degree of sucking needed under breastfeeding conditions. The mother is working to transition him to regular breastfeeding. 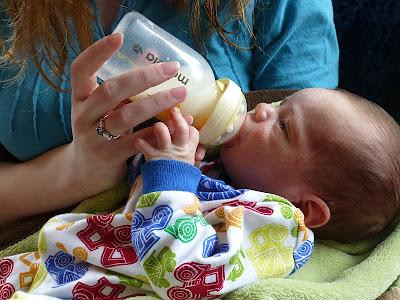 Little Simon is the sixth child and fourth son of these parents, and I hope they have more. Their children are beautifully behaved, full of life, and a pleasure to be around. The parents (Jack and Natalie) are calm, patient, firm, and consistent. In short, the ideal people to have a large family.

Now contrast this happy family with a news article that came out last week in which a mother called her children the "biggest regret" of her life. "[L]ike parasites, both my children would continue to take from me and give nothing meaningful back in return," she says.

I guess I'll give her kudos for being honest. And to her credit, she raised them herself (as opposed to daycare). Now her adult daughter has multiple sclerosis, and this woman is diligently caring for her. I can't fault her in anything except having kids in the first place when she didn't want them.

This woman knew from the start she didn't want children, and she was up front with her husband. "But I knew even then children would be a sticking point. Tony wanted four. I didn't want any. We'd discussed the subject and I believe he thought I'd change my mind."

Therein lay her first mistake. Few people "change their mind" when it comes to kids. As one commenter said, "I agree that children are not for everyone. Raising children can be very difficult at times. However, a woman should think about this before, not after, she has had the children. Nothing can be worse or more damaging for children than to realize they were unwanted."

This reminds me of an experience I had when I was pregnant with Older Daughter. Don and I spent a weekend as vendors at a craft show. In my excitement about the baby, I mentioned to many people that I was pregnant.

Toward the end of the day, the woman in the next booth turned to me and said, “So. I hear you’re pregnant.”

“Yes,” I replied proudly. “The baby is due in December.”

“You’re going to hate it,” she said flatly.

Startled, I replied, “Excuse me?”

“You’ll hate it. Believe me, I have six kids, and I hate them all.”

For the next half hour, as I slumped lower in my chair, she poured poison into my ear about how awful motherhood is. By the time she was done, I was crying.

Sad situations like this -- situations in which a mother dislikes her own children -- is probably a self-feeding cycle. If you don't like your kids enough to train, teach, and discipline them... then you're going to have untrained, untaught, and undisciplined brats, whom you dislike even more. See how it works?

Now compare these women with the family we just visited, who welcomed with loving arms their newest addition. Regret their children? Not a chance. Regret MY children? Impossible.

Just some thoughts for a Monday morning.
Posted by Patrice Lewis at 8:35 AM