If I’ve been quiet on the blog for the last couple days, it’s because I just got back from checking Don into the hospital for acute renal failure. 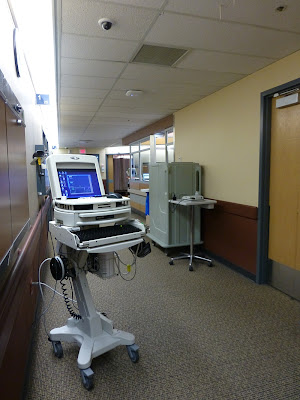 We’ve been blessed with good health for so many years that this development took us by surprise. Don took a business trip to Oregon on Thursday, April 4, and almost immediately came down with a urinary tract infection. It’s miserable to be sick when you’re away from home, and he was forced to miss his return flight. He went to an Urgent Care facility in Oregon on Sunday, April 7 and was given antibiotics and AZO, which offers urinary pain relief. We got him home on Tuesday April 9 and he’s spent the last two weeks propped up but unable to do much.

His symptoms didn’t get much better and was compounded by all sorts of, well, blockages. The urinary tract infection caused a blocked intestine, which caused an enlarged prostate, which also blocked the bladder, and this apparently has led toward kidney problems.

Things got so much worse yesterday that he made another doctor’s appointment for this morning. They took a blood test and almost immediately told him to get to the hospital. The term "acute renal failure" sounded so horrible to my unschooled ears that I immediately did a bit of online research when I got home.

I learned that acute renal failure can happen fast – which in fact it did. Don looked like he was improving until a couple of days ago. However he’s receiving excellent care and, though he may be in the hospital over the weekend, his prognosis is quite good.

Prayers for his recovery would be deeply appreciated.

(Magazines on the table in the hospital waiting room: American Rifleman, Guns & Ammo, American COPS. Only in north Idaho.) 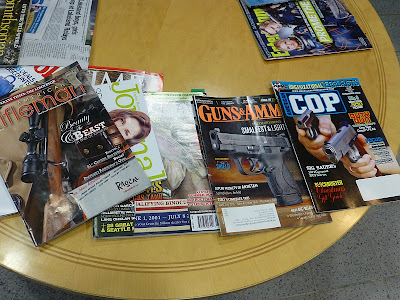 Posted by Patrice Lewis at 6:00 PM

Email ThisBlogThis!Share to TwitterShare to FacebookShare to Pinterest
Labels: illness