About a week ago, an early frost killed my garden. No surprise there. This is north Idaho, after all. (And it's supposed to hit 90F this weekend, go figure.)

Anyway, down went my cucumbers. 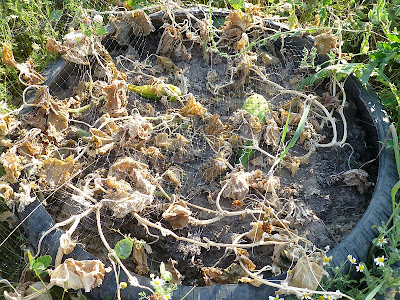 Nothing for it except to pick the remaining cukes and do something with them. I also picked the fresh dill that hadn't gone to seed. 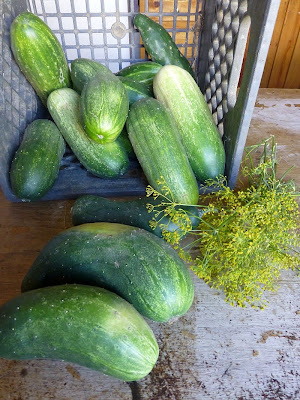 Now what should I do with them? I decided to try something I'd never done before: make pickles. Yes, really. Twenty-two years of canning experience, and I've never made pickles. We don't eat a lot of them, so it's just never been something I'd felt pressed to learn. 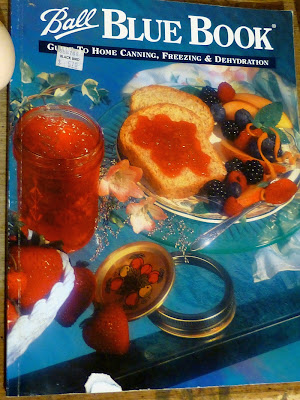 Pretty much what this meant is I used the dill pickle recipe, but I also sliced the cucumbers as if they were getting turned into bread-and-butter pickles. Well, why not? I was curious to see what would happen. 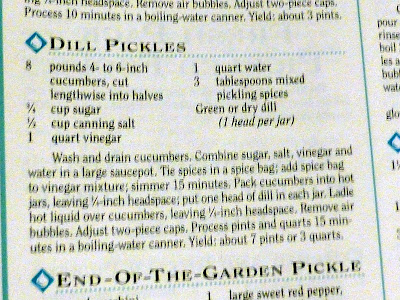 First I weighed the cucumbers. 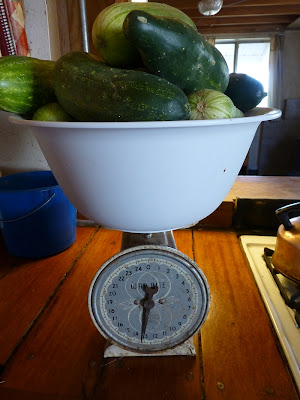 About 13 pounds. This let me calculate the amount of vinegar, spices, etc. I'd need. 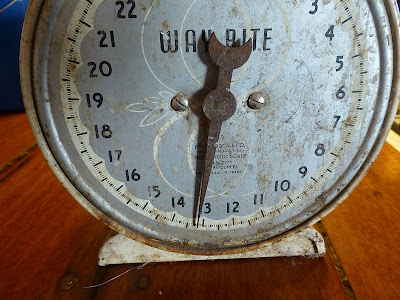 I assembled the ingredients I needed. I had to go buy pickling spice, as I didn't have any on hand. 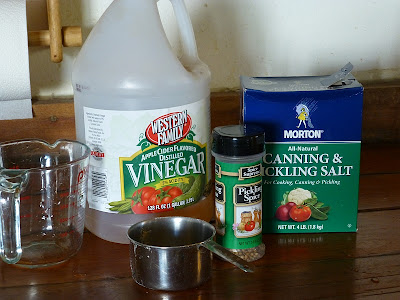 Next I washed the cucumbers... 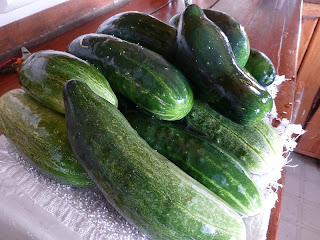 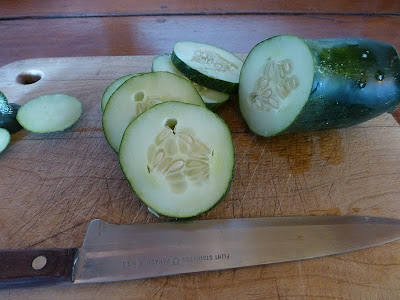 I discarded the tips, of course. 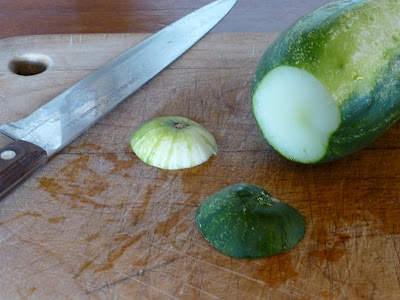 Into a large pot (nested double-boiler style), I put the sugar, canning salt, vinegar, water, and the cucumber slices. 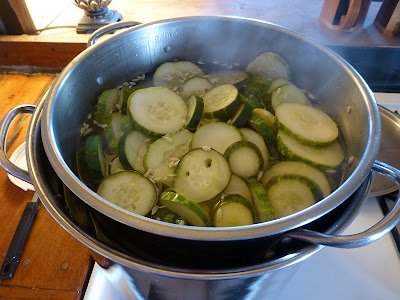 I learned the pickling spices aren't supposed to be added directly, but instead tied into a cloth and boiled with the cucumbers. 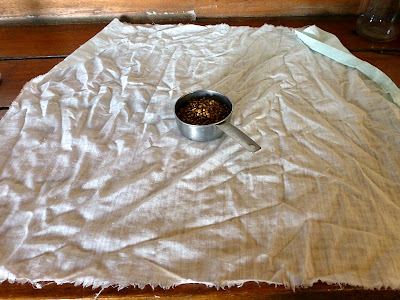 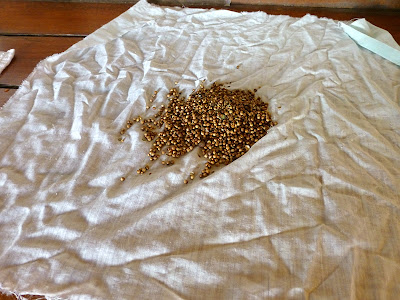 I simmered everything for fifteen minutes, then started ladling the cucumbers (which had sort of fallen apart by this stage) into jars. 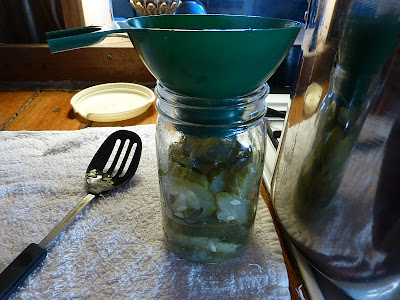 I ended up with eight quarts, so I divvied up the dill into eight piles... 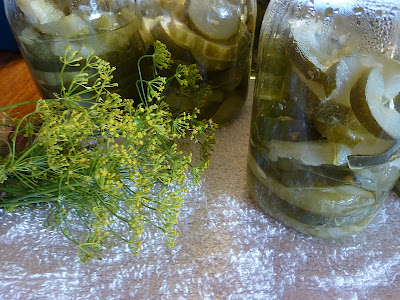 ...then inserted the sprigs in the top of each jar. 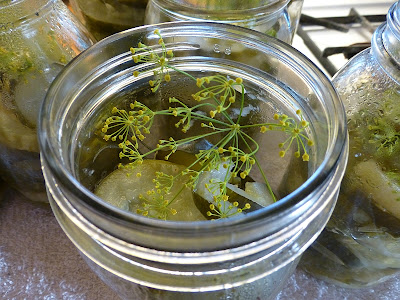 Then I filled the rest of the jar with the vinegar-water. 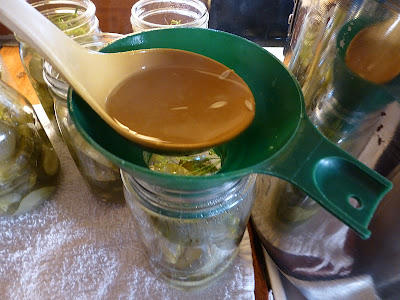 I processed them in a water-bath for fifteen minutes.

Did they turn out? I have no idea -- we haven't tried them yet. Since the cucumber slices were fairly large and loose, the contents look more like a dill chutney. Sort of. 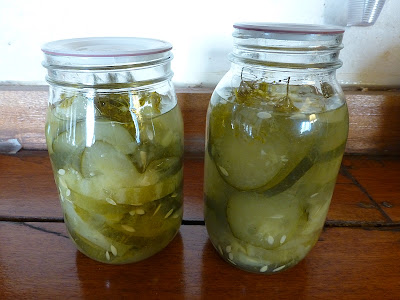 But what the heck, it was an experiment.
Posted by Patrice Lewis at 9:24 PM