So I was just settling myself down to milk Matilda this morning when one of the neighbor boys came panting up. "Samantha just had her calf!" he gasped. Samantha is their Jersey cow. She was bred to Gimli, our bull, last spring and they've been waiting for her to give birth.

Our girls quickly pelted over to see the new baby. I finished milking, then grabbed the camera and headed over too. I was met at the fence of their corral by my oldest daughter. "Twins!" she shrieked. "She's having twins!"

I vaulted over the fence (okay, I climbed cumbersomely) and dashed over.

You can see the first calf on the ground near the wall. Gee, uh, guess where that second calf is? 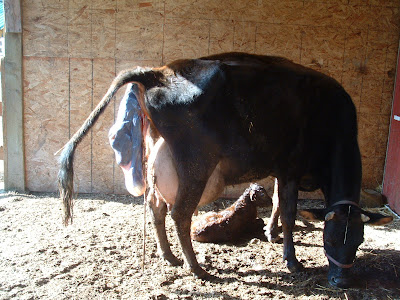 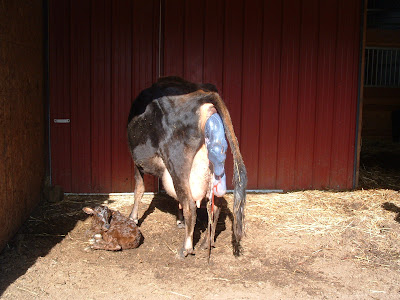 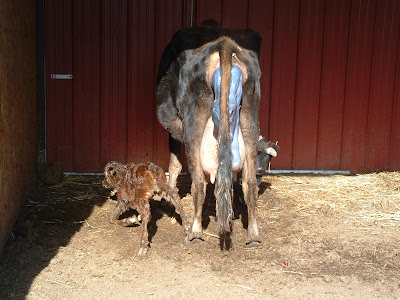 The second calf just sort of hung there for the longest time - at least five minutes. All the kids were speculating it was dead. But Samantha was just waiting for another contraction to push it out. 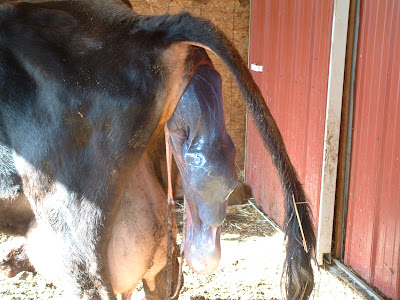 Sloop! There it goes. 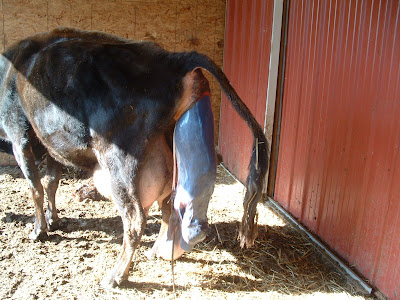 The baby was still almost totally encased in the amniotic sac. Samantha starts to lick and slurp it away. 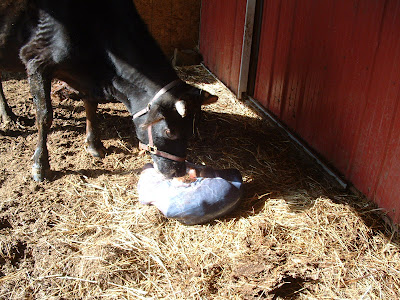 Meanwhile the kids still speculated the second calf was dead because it hadn't so much as twitched. 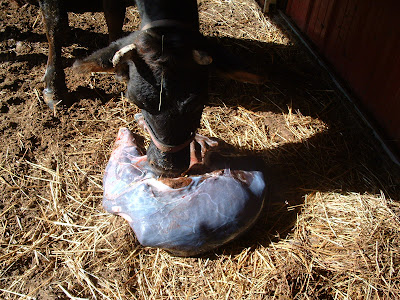 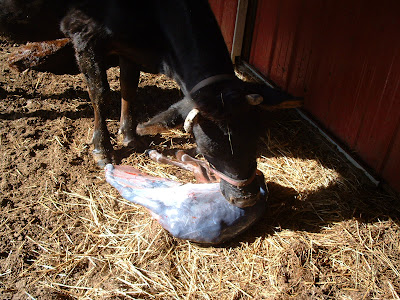 Suddenly the calf twitched and took a breath, and everyone cheered. 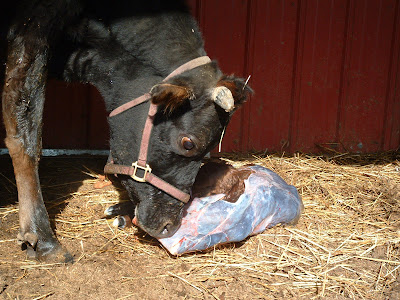 Samantha has the sac almost all the way off. 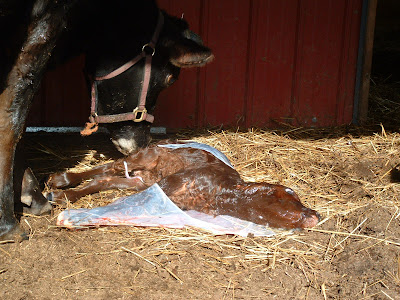 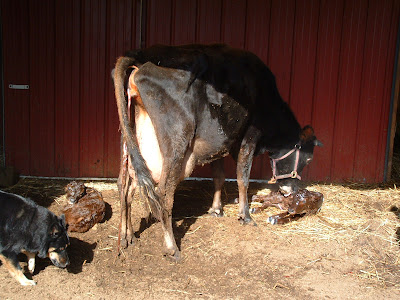 My husband had an appointment for which he needed the camera, so after this last shot I had to dash home, download the photos, and pass the camera off to him before coming back to coo over the new babies. I'll take more shots of the dried-off cuties as soon as I can.

Oh, and they're both little heifers! Sweet little girls, as yet unnamed. UPDATE: They named them Daisy and Lilly.

You know, I've heard it said by some people that rural children are pathetic and deprived because they never get to go to museums, concerts, or any of the other fine amenities a city has to offer.

I beg to differ.
Posted by Patrice Lewis at 7:18 PM