Washing eggs. I sell eggs to our local feedstore in exchange for credit on chicken feed, but the fussy buyers don't like a speck o' dirt on the eggs. And believe me, in winter there's a lot of dirt. So I wash the eggs. 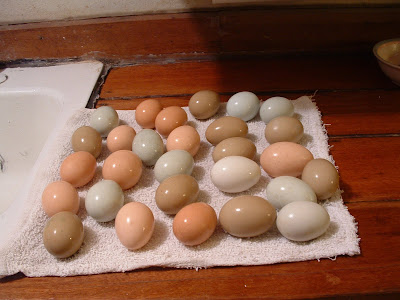 Chicken footprints in the snow. I thought it looked like something out of Dinotopia. 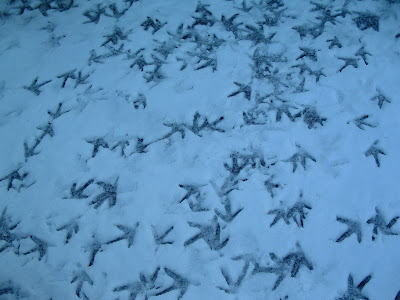 Can't help it. It's just so durn cute how she crams herself into that chair... 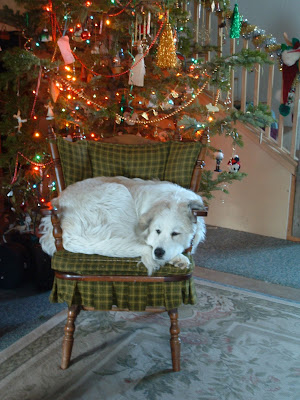 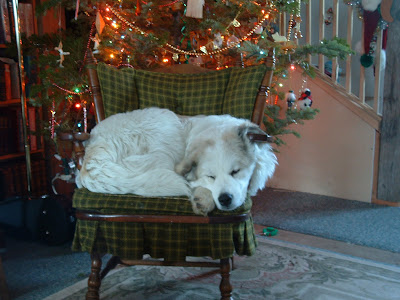 I've been wanting to can some soup in order to have some pre-made meals handy, so I washed the jars... 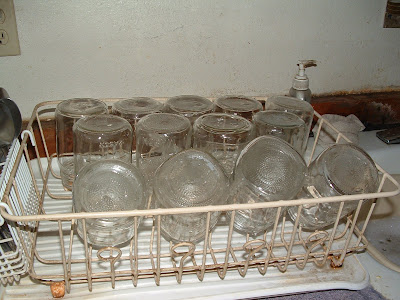 ...and made a double batch of navy bean soup. 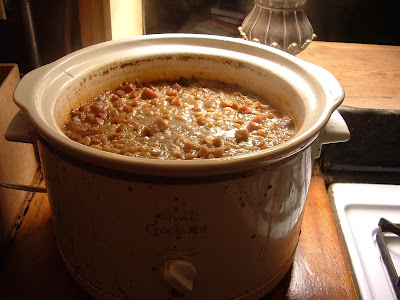 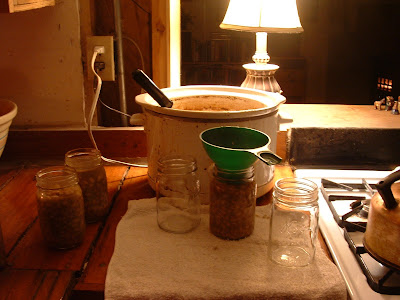 But the double batch only filled eight pint jars. My canner holds eighteen pint jars. So I canned up some chili and some split pea soup that had been hanging around the freezer. Oh, and just one jar's worth of leftover spaghetti sauce from the fridge. When canning a mixed batch like this, go with the item that requires the longest canning time. In this case, these spent 75 minutes in the canner. 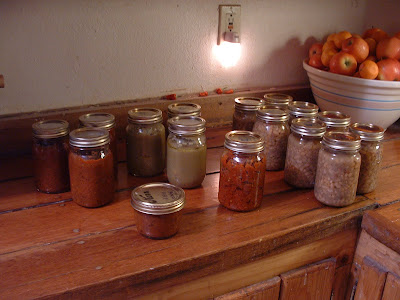 A note on that little half-pint jar of chili. I reused the lid. What I mean is, canning lids are supposed to be used just once and then discarded. I often keep used canning lids because I use canning jars to store dried stuff, and a used lid is fine for that. But somewhere I heard that you can re-use lids to pressure can. I've been experimenting a bit, and while I won't say it's gospel, I have not yet had a failure (meaning, the jar didn't seal) with a used lid. I'm careful not to bend a lid when I remove it from a jar so it has the potential to be re-used.

If this works - meaning, if I can re-use my lids at least once - this effectively doubles my stash of lids. Whoo-hoo!

I'll experiment with triple-using lids too, as the opportunity arises...
Posted by Patrice Lewis at 8:39 AM