Skip this post if the domestic arts bore you, 'cuz it's all about canning apples. 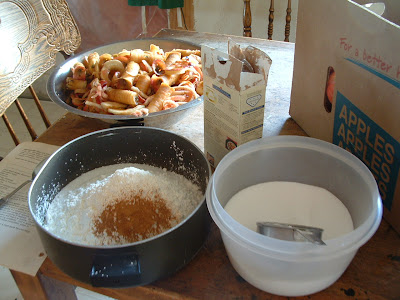 Someone gave us a box of apples. I could either make pie filling or applesauce. I went for pie filling. 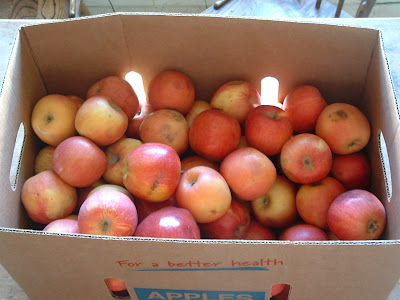 It was a hideously hot day for canning, but (ahem) federal regulations require that the ambient temperature be at least ninety degrees before you're allowed to can, in order to maximize the discomfort in the kitchen.

I started by washing some quart jars. Wasn't sure how many I'd need so I washed a dozen. And yes, you can use old mayonnaise jars (second from right, front row). 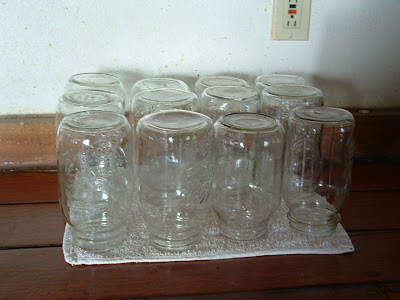 Out came the handy-dandy apple peeler. This baby will peel and core an apple in about twenty seconds. That includes the time it takes me to retrieve an apple out of the box at the beginning, and removing the core from the peeler's prongs at the end (I looked at the clock). 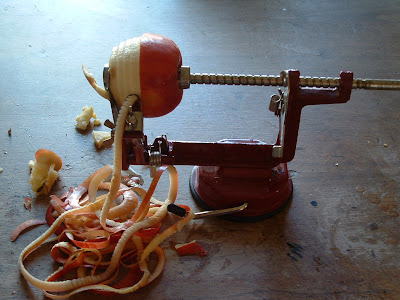 The result are "apple slinkies," as my kids call them. 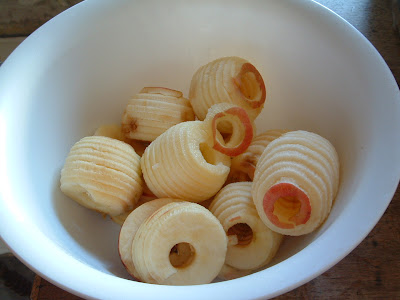 Next, blanche the apples (dip them in boiling water for a minute or so), then drop them in to a pot of cold water with a little lemon juice added to keep them from browning. 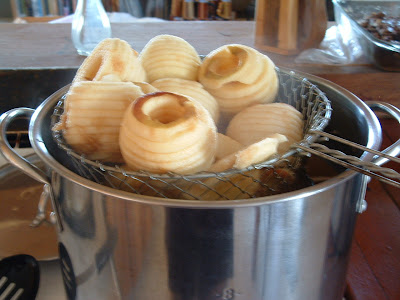 Cores and peels. Wish we had pigs, as they'd love this stuff. The chickens are still too young to handle it. As it is, it all went into the compost pile. 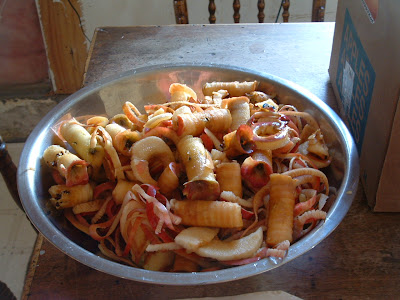 Next, the "sauce" part of the pie filling, made with sugar, Clear-Gel, apple juice, and spices. Cook until it thickens. 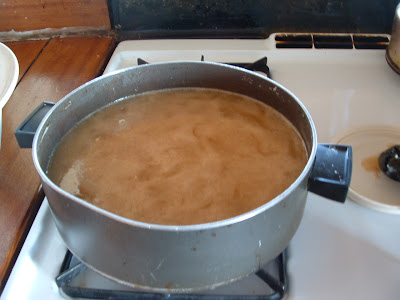 Drain the apples and pour the sauce over them, then fill the jars with a wide-mouth funnel. 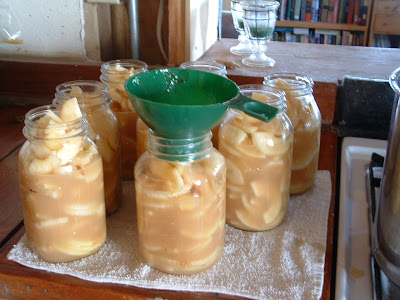 I used up about half the box of apples and got eight quarts of pie filling. For apples, I can use a boiling-bath canner.

Frustratingly, my biggest pot only held seven jars, so I split the eight jars between my two smaller pots. 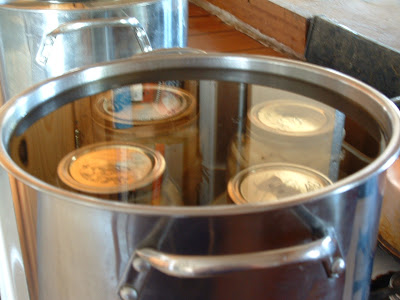 Oh yeah, don't forget to do the dishes while the pie filling is processing. 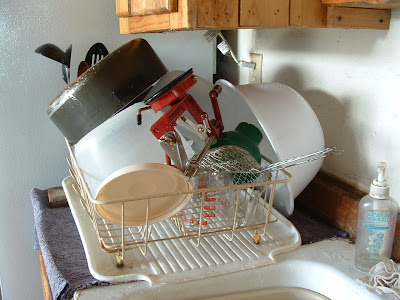 To make a pie, roll out a crust, pop open a jar of pie filling, pour it into the pie crust, and bake. Voila. Wonderful on a cold winter's day. 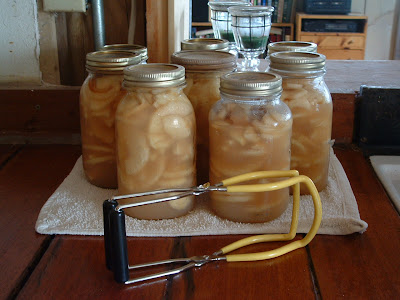 I'll finish processing the rest of the apples later.
Posted by Patrice Lewis at 10:10 PM