This morning I went about doing the usual barn chores: release the chickens, open the corral gate, check the water tank, and finally pitch hay into the feed bins for the cows.

Two cows (Matilda and her adult calf Amy) stay in the barn, so that leaves four cows (Polly, Pixie, Victoria, and Sparky) under the awning. But this morning, only three cows showed up for breakfast. Where was Sparky? 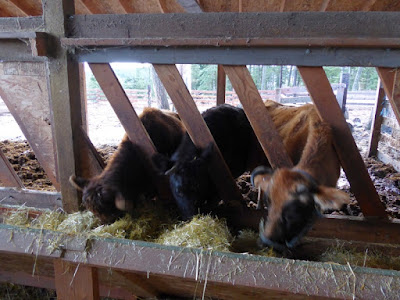 Somehow I knew. I grabbed my camera and headed down to the woods. Sure enough, there was Sparky, standing protectively over the first calf of the season. The baby was already dry and on its feet, meaning it was born overnight. 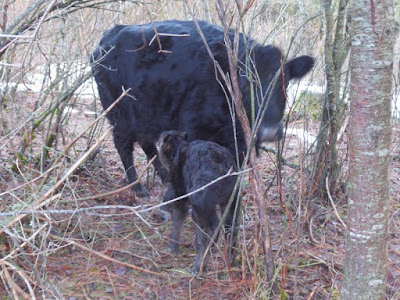 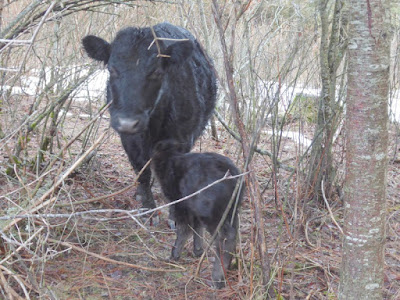 We know all six of our cows are due in about the next month or so, so we've been watching udders. Usually a swollen udder is a telltale sign that birth is imminent. But I ask you, does this udder look swollen to you? Yeah, didn't think so. Can't even see it among all the fur. 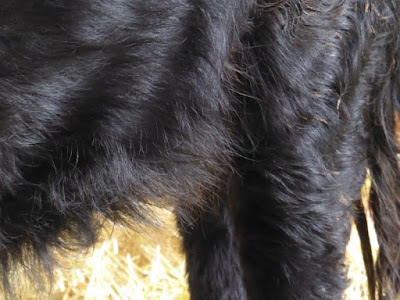 At any rate, considering it's January, this little girl -- yes, it's a heifer -- couldn't have been born at a better time. Yesterday was cold, rainy, and nasty. The rain moved out overnight, the temperature hovered just at freezing but not below, and today we actually had weak sunshine and it rose to 40F.

While Don had his morning coffee, I cleaned Matilda/Amy's pen and made it ready with fresh food and water. Then we went out to fetch the calf up out of the woods. Naturally Sparky had moved from the original spot I saw her, but after beating the property for fifteen minutes we finally found her conveniently closer to the barn. I scooped up the baby while Don herded Sparky and opened gates. Within a remarkably short time, Sparky and baby were safely in the barn.

Ah, nothing like a little meconium to start the day. 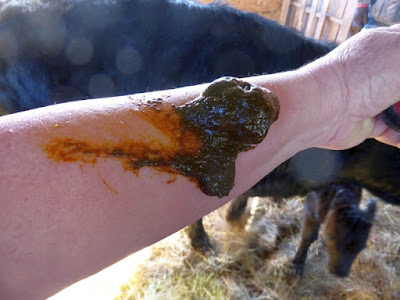 It's a beautiful, healthy calf, and Sparky is a good mother. 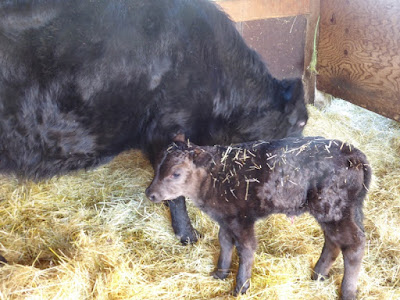 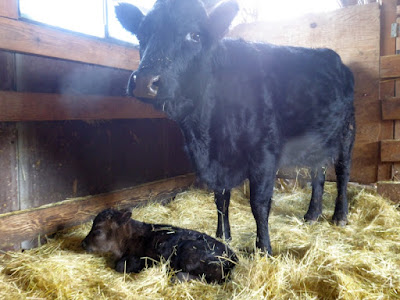 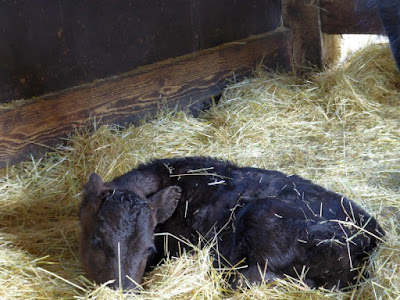 We spent the day addressing the logistics of mid-winter calves. I'm grateful our winter is mild (unlike last winter) and we have no snow on the ground at the moment. But we can't have calves in the feedlot, which drains poorly and gets knee-deep in mud during wet weather. Our plan is to fence off the awning and open the gate to the driveway area, which is rocked and firm. This would give the animals access to the barn awning for food and shelter, while giving them room to roam around the driveway to stretch their legs and let the calves gambol.

For the moment, Sparky will need to stay in the barn until we have the driveway cow-proof. Don put the tractor to use and cleaned out under the awning... 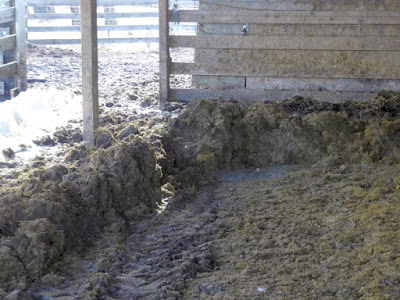 ...while I cleaned out another pen in the barn and made it ready for Sparky and baby to spend the night. 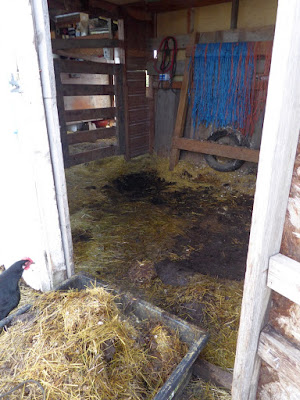 The pen is small, but now it has fresh bedding, water, and hay. We'll be playing musical cows for a few days, but as long as everyone has shelter, that's fine. 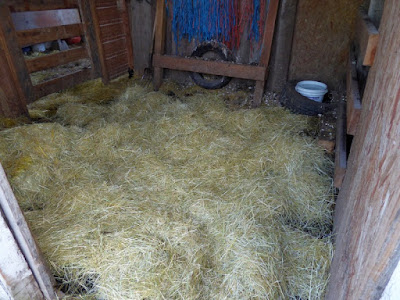 We're expecting three to six inches of snow over the next few days, so I'm grateful Sparky had her baby when she did. In fact, the first snow squall moved in just as we settled the animals for the night. 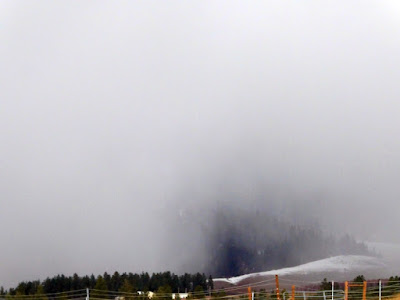 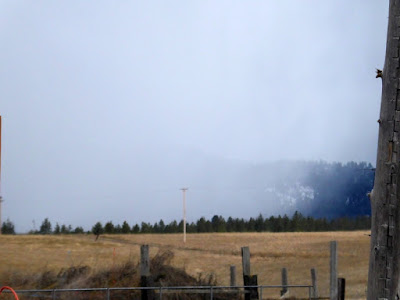 (What's not really visible in this photo is the wind blowing sheets of snow sideways.) 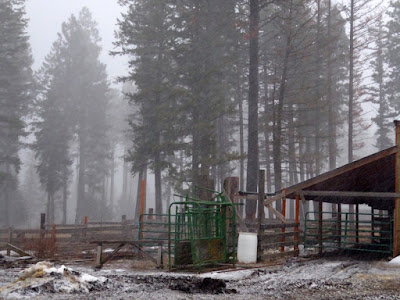 Looks like we'll be doubling our herd in the next month or so. Okay ladies, who's next? 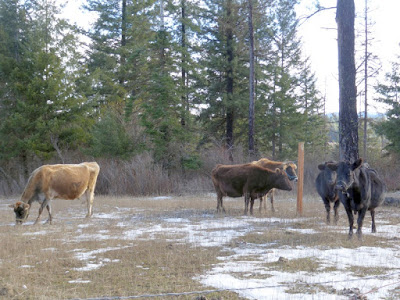 Meanwhile, I thought about naming the new baby Hickory. She is smoky-black at the moment, but I suspect she'll turn dark brown as she gets older. 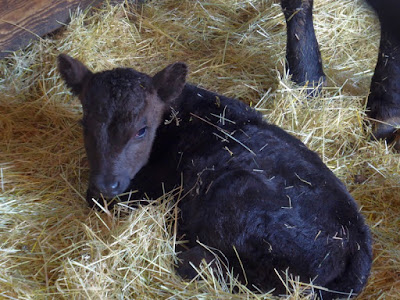 The first of six calves. In the middle of winter. Oy vey. 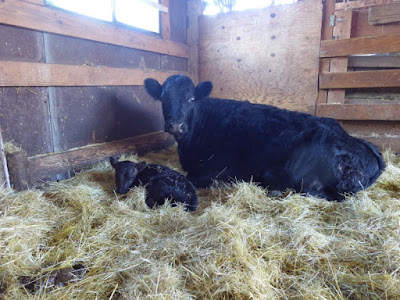 Posted by Patrice Lewis at 4:10 PM