Did anyone catch the lunar eclipse this morning? It was a triple whammy: A super moon, a blue moon, and a blood moon, the first time all three events have coincided since 1866.

Last night when the moon rose, it reflected off some puffy cumulus clouds. Trust me, it looked a lot cooler in real life -- the camera couldn't do it justice. 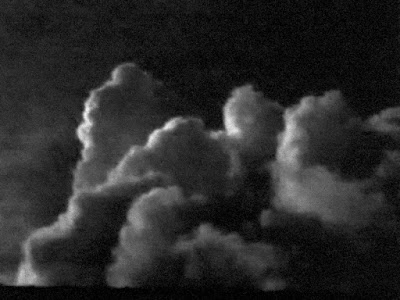 Early this morning, a bit after 4 am (and yes, I was up anyway so I decided to photograph what I could), the eclipse started. 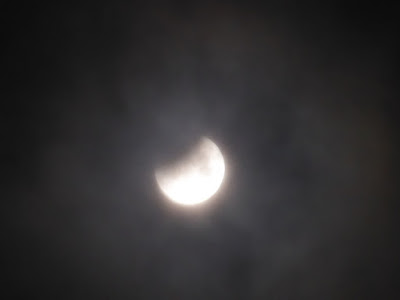 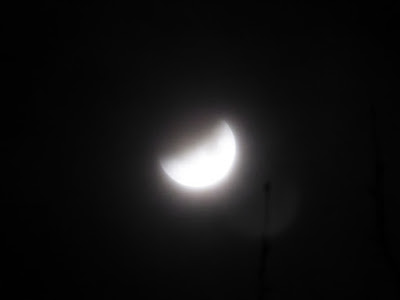 It wasn't always easy to get a clear shot, though I finally found a tripod, which helped steady the camera in near-darkness. I also kept having to dash outside (it was 25F) because the view from inside the house was being blocked by some tree branches. 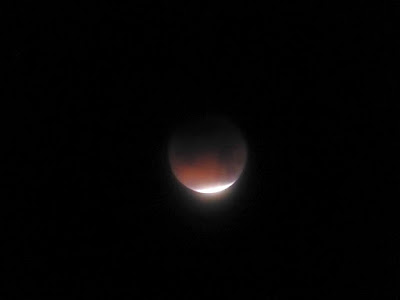 This is where it started looking cool. 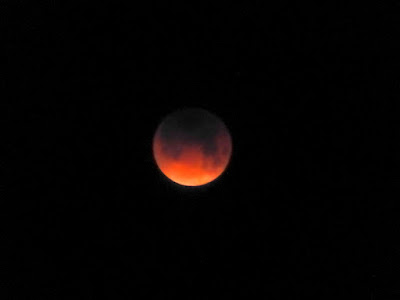 Unfortunately some cloud cover moved in, so a lot of the totality was lost. 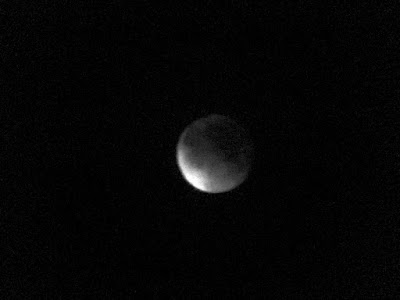 Then the clouds cleared up and dawn started breaking. 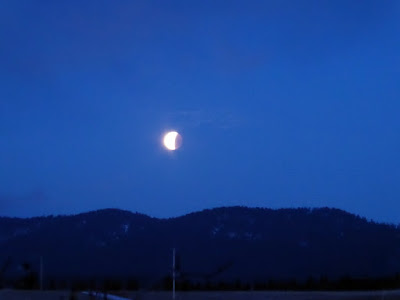 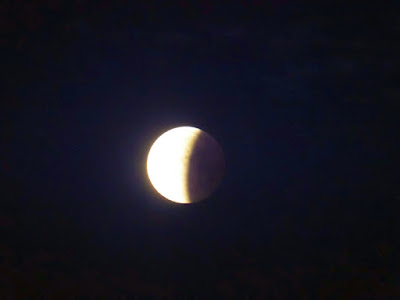 I caught the waning eclipse just as it started to set behind the hills. 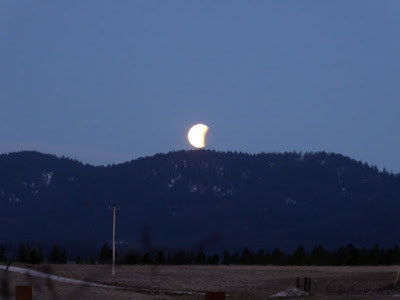 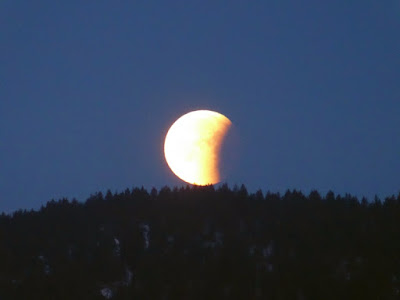 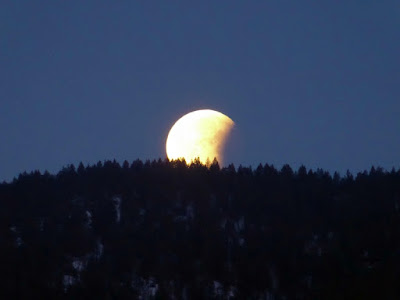 Finally it was nothing more than a bright sliver. 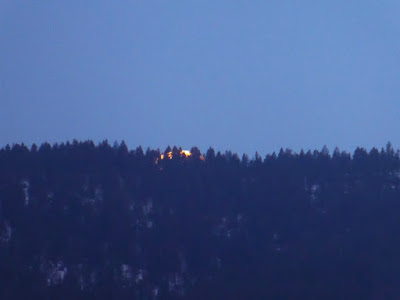 Yep, pretty neat stuff.
Posted by Patrice Lewis at 8:09 AM

Email ThisBlogThis!Share to TwitterShare to FacebookShare to Pinterest
Labels: moon