What do you DO with all that money?

An article came out a few days ago on how Jeff Bezos, the founder of Amazon.com, is now one of the richest persons on the planet with a fortune of $106 billion.

Putting aside his ethics and morals and other human considerations, this article leads to an interesting question: What do you DO with that much money? 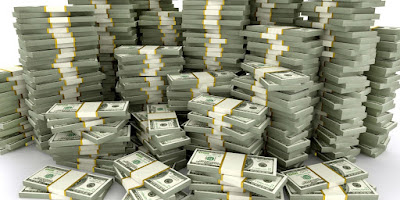 Wealth acquisition and distribution is an interesting study. According to Quora:


If you were to redistribute all the wealth in the world equally to everyone, it will eventually come back to the current distribution. And believe it or not, that is not a global conspiracy, but a natural distribution. It was discovered by Vilfredo Federico Damaso Pareto.

The Pareto Distribution and its evolving variations: the 80/20, which becomes 90/10, continuing to 95/5 and eventually 99/1. This is a universal distribution system and thus also applying to wealth distribution.

In other words the two worlds move apart from each other, as more wealth (growth) is created. This trend is clearly apparent in the evolution of the universal distribution model.

That's nice, but again: What do you DO with all that money? 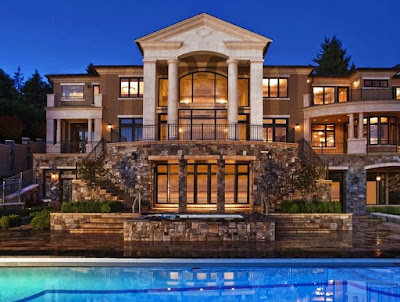 But once all those things are purchased, are they worth it? I'm sure you've heard this story:


There was once a businessman who was sitting by the beach in a small Brazilian village. As he sat, he saw a Brazilian fisherman rowing a small boat towards the shore having caught quite few big fish. The businessman was impressed and asked the fisherman, “How long does it take you to catch so many fish?”

The fisherman replied, “Oh, just a short while.”

The businessman was astonished. “Then why don’t you stay longer at sea and catch even more?”

“This is enough to feed my whole family,” the fisherman said.

The businessman then asked, “So what do you do for the rest of the day?”

The fisherman replied, “Well, I usually wake up early in the morning, go out to sea and catch a few fish, then go back and play with my kids. In the afternoon, I take a nap with my wife, and evening comes, I join my buddies in the village for a drink — we play guitar, sing and dance throughout the night.”

The businessman offered a suggestion to the fisherman. “I am a PhD in business management. I could help you to become a more successful person. From now on, you should spend more time at sea and try to catch as many fish as possible. When you have saved enough money, you could buy a bigger boat and catch even more fish. Soon you will be able to afford to buy more boats, set up your own company, your own production plant for canned food and distribution network. By then, you will have moved out of this village and to Sao Paulo, where you can set up HQ to manage your other branches.”

The fisherman continues, “And after that?”

The businessman laughs heartily, “After that, you can live like a king in your own house, and when the time is right, you can go public and float your shares in the Stock Exchange, and you will be rich.”

The fisherman asks, “And after that?”

The businessman says, “After that, you can finally retire, you can move to a house by the fishing village, wake up early in the morning, catch a few fish, then return home to play with kids, have a nice afternoon nap with your wife, and when evening comes, you can join your buddies for a drink, play the guitar, sing and dance throughout the night!”

The fisherman was puzzled. “Isn’t that what I am doing now?”

The topic of wealth came up a few days ago between Don and I when he told me an acquaintance of ours -- who is not struggling financially -- had won $80,000 at a casino and promptly bought a new car.

Our discussion then turned to what we would do if we had a sudden $80,000 windfall. We grew very quiet for a few moments as we both struggled to come up with something.

"Pay off the mortgage," we both concluded, followed by making a few cosmetic improvements to the house. Beyond that, sock it away for our retirement.

We have no desire or need for household staff, additional education, gambling, collectibles, clothing, jewelry, cars, boats, fancy entertainment, club memberships, or political contributions. It would be nice to do some leisure traveling and have more money for charitable contributions, but that's about it.

Which is probably why we're not rich, either. We simply don't desire it.

Of course, by every yardstick out there, we're really really rich in everything else that matters. 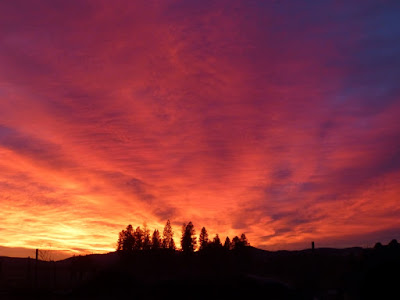 And I'm willing to bet Jeff Bezos doesn't get sunsets as pretty as ours.
Posted by Patrice Lewis at 7:08 AM

Email ThisBlogThis!Share to TwitterShare to FacebookShare to Pinterest
Labels: money