The NERVE of some people

It was a cold, clear day yesterday, the first sunny day we've had in weeks. 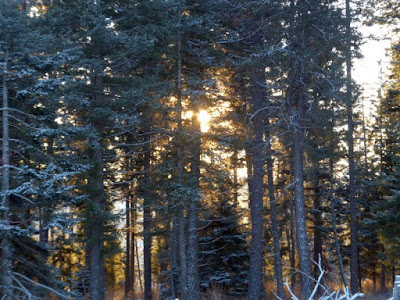 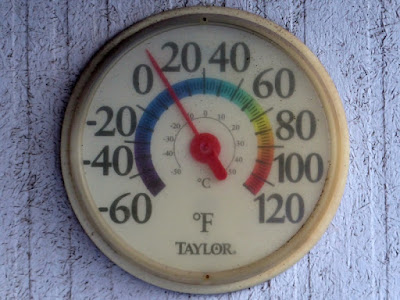 Bundled up, I went about my usual morning routine: Releasing the chickens, opening the corral gate, topping off the water tank, de-icing the chicken waterer, then finally filling the feed boxes for the cattle.

It was as I was coming out of the barn after feeding the cows that a movement caught my eye. There in our driveway, not 20 feet away, was a coyote.

He was clearly as surprised to see me as I was to see him. I yanked off my gloves and pulled the camera out of my pocket (yet another example of why I try never to set foot outside without my camera -- you never know what might happen!) while the coyote bounced around the driveway, blocked by yard fences and the house, and tried to figure out where to go.

Finally in desperation, he darted into the garden (which had the gate open). That's about the time I got my camera turned on. 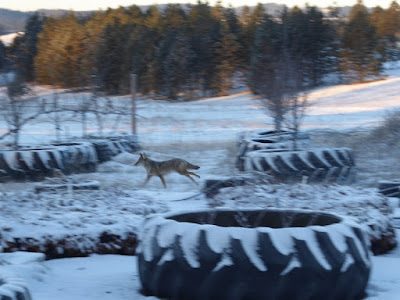 Of course, now he was trapped in the garden. What to do? He ricocheted around until he was finally able to blast his way through another gate, at which point he rather insolently stopped and watched me. 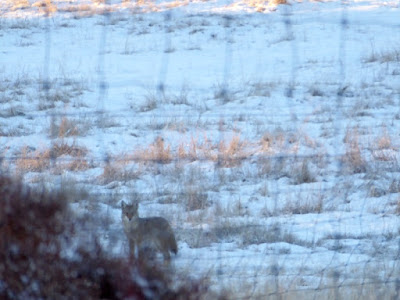 After this, he trotted along until he was able to cross into the neighbor's pasture. 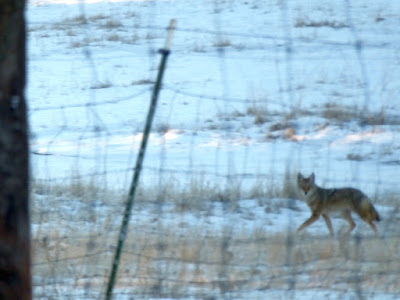 Then he cantered away until he was over a hill and out of sight -- and out of reach of the chickens. 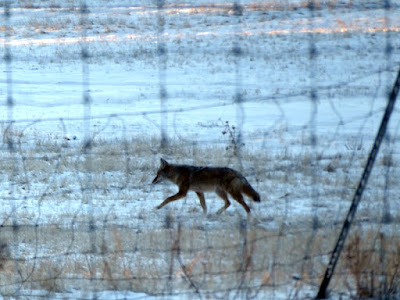 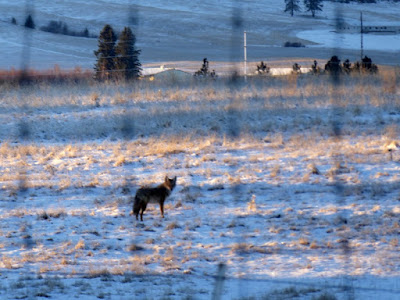 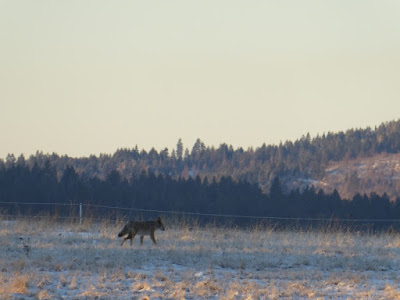 Honesty, the nerve of some people. Er, coyotes.

Meanwhile, I examined the animal's tracks in the garden. 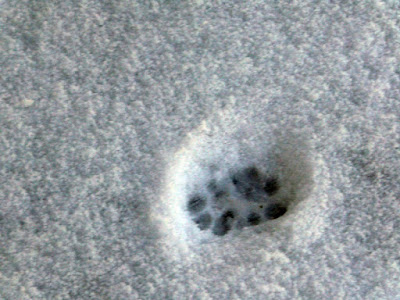 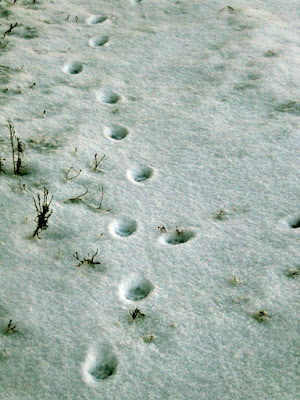 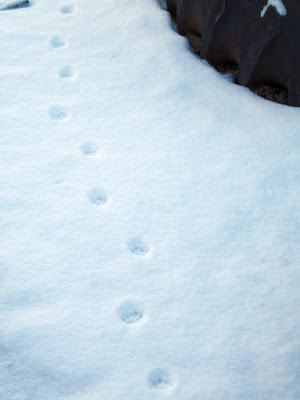 They were surprisingly tiny prints. In fact, four of them could easily fit inside one of Mr. Darcy's paw prints (which were side by side later in the day, as Darcy sniffed around the coyote prints). When I saw those prints earlier while doing my chores (before I spotted the coyote), they were so small I thought they belonged to a house cat.

Here's some prints next to my boot print: 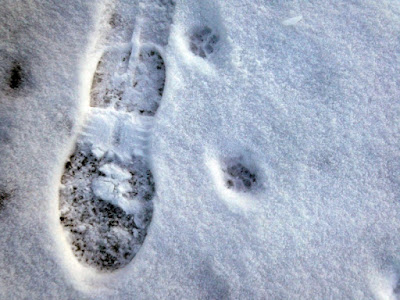 Well, regardless of paw print size, he was big enough to eat a chicken. Boy, did I spoil his Christmas dinner plans!
Posted by Patrice Lewis at 1:50 PM

Email ThisBlogThis!Share to TwitterShare to FacebookShare to Pinterest
Labels: coyote