Yesterday Older Daughter took Mr. Darcy for a walk in the snow. On the way, she passed a neighbor's gate warning about the numerous dogs therein. Older Daughter reports Mr. Darcy actually had his hackles up. 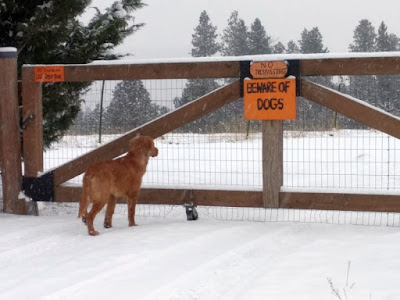 Later in the evening we all settled in to watch one of our favorite Christmas movies: "A Christmas Carol

" with the incomparable George C. Scott. 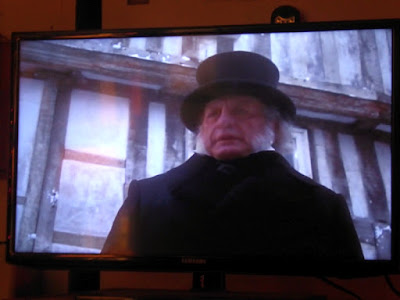 Since we don't have a television, Don set up his large computer monitor on the microwave stand, and hooked it up to Younger Daughter's computer (which has a CD slot).

Well let me tell you, Darcy was fascinated. Absolutely enthralled at the sight of the movie. He'd never seen anything like it. We laughed ourselves silly at his rapt attention. 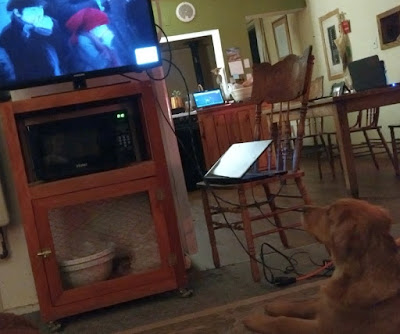 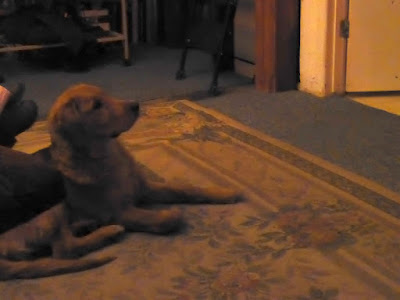 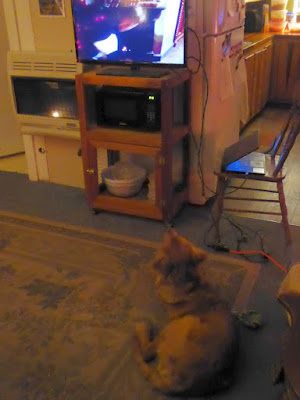 What was even funnier was when the scary parts happened. No kidding, Darcy jumped to his feet and cowered against our legs, or hid behind Don's chair.

Such is the learning curve for a puppy, I suppose -- even if the puppy is nearly 60 lbs and six months old. 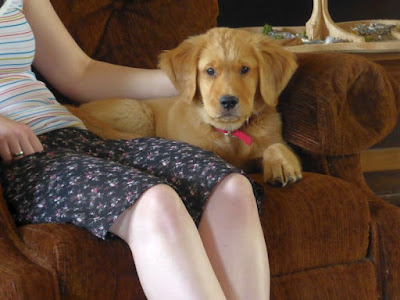 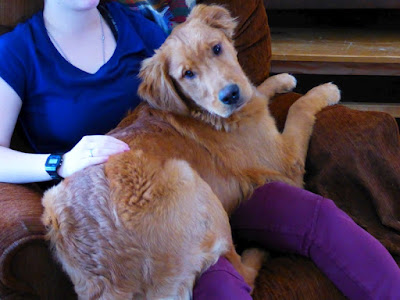