You know what they say about necessity...

I needed to make a dessert to bring to our neighborhood potluck last Friday. I was bored with my usual repertoire and wanted to make something different (preferably with ingredients we already had on hand) but my brain was blank. I scoured my recipe books, I looked over our in-house ingredients ... and nothing came to mind.

Then suddenly it was Friday and I had to decide. I came across an online recipe for some mini apple pies ("tartlets") made in a muffin tin, and this sounded interesting. But my day was busy and the clock was ticking. So, in desperation, I cheated and turned to a faithful staple I always keep in the house: puff pastry. 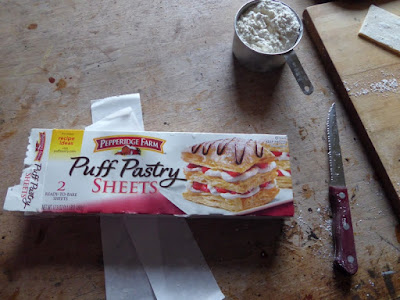 Each box of puff pastry holds two sheets folded in thirds. What I did was cut each third into four pieces, giving me 12 squares per sheet or 24 for the box. 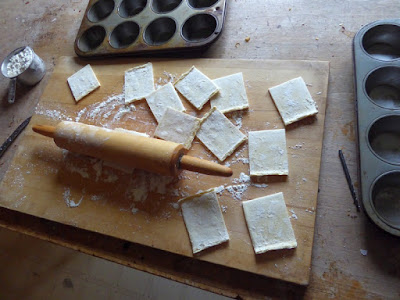 I rolled each square a bit flatter, and didn't worry when it stopped being "square." Puff pastry puffs, after all. 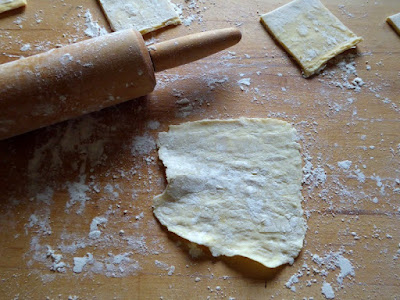 I tucked each square into the cups of the muffin tins. 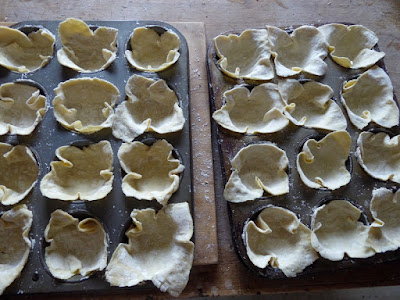 Then I pulled out some of the apple pie filling I canned up in October. 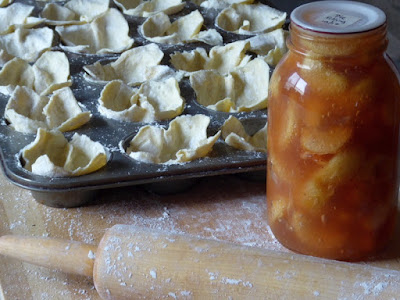 As it turned out, one quart exactly filled 12 cups, one muffin tin. 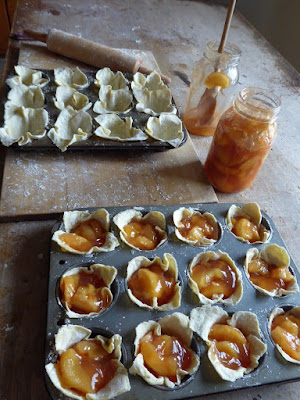 Next I mixed up 6 tablespoons margarine (we were out of butter), 1 cup sugar, and 1 cup flour. 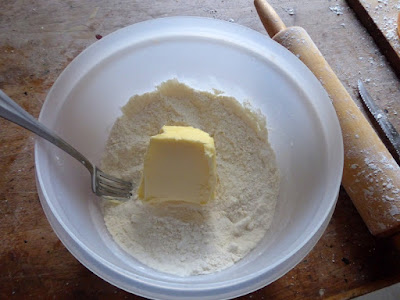 This is mixed to make "crumbs," the topping for a type of sweet bread my mother used to always make while I was growing up (we called it Grandma's Bread since my grandmother always made it.) 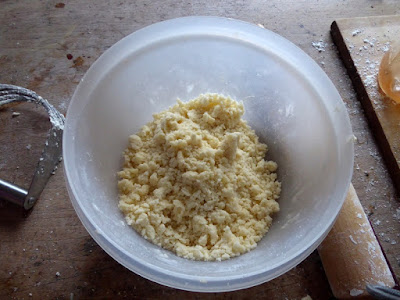 I sprinkled the crumbs over each cup. 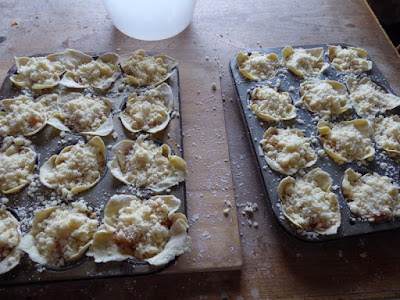 I baked them at 350F until they were gently brown. 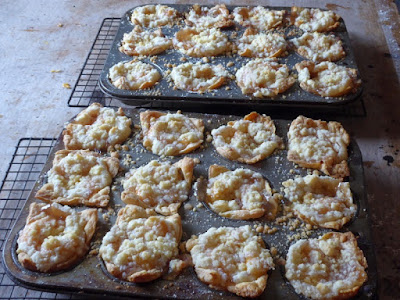 Because I was running short of time, as soon as the apple tartlets came out of the oven I put them outside to cool (it was very cold out). When they were cold, I piled them in a linen in a basket and we dashed off to the potluck. (I snatched this photo just as we were heading out the door.) 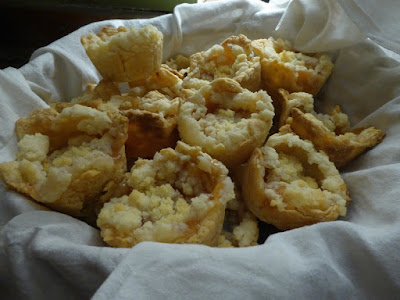 They were an immediate success!

The nice thing about puff pastry is it will lend itself to endless variations -- not just fruit fillings, but savory fillings (minus the crumbs, of course). The possibilities are endless. No wonder I love puff pastry.

You know what they say about necessity: it's the mother of invention. Case in point.
Posted by Patrice Lewis at 6:46 AM