Older Daughter and I bundled up, took snowshoes and the dog, and went walking in the snow on Sunday.

At first Lydia was wading through chest-deep snow. It was hard going for her -- she's no longer a spring chicken ... 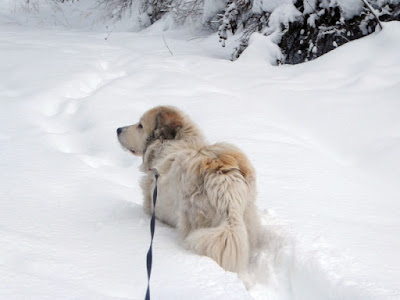 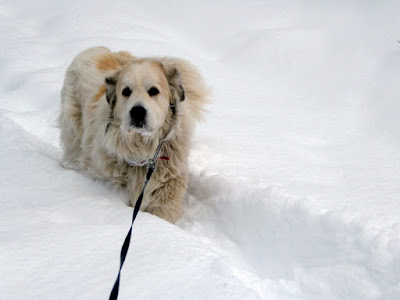 ... but after awhile we came across tracks from someone's ATV and the going was much easier on her. 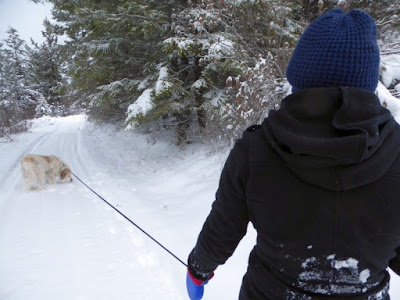 Older Daughter has learned she prefers winters in Idaho over winters in New Jersey since conifers hold snow so much more beautifully than deciduous trees. 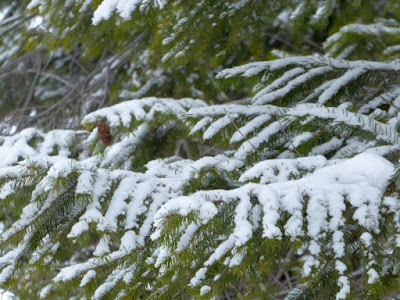 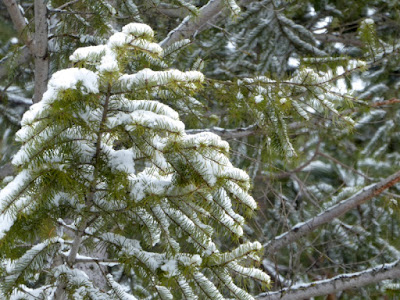 We stopped at the viewpoint we call "the overlook," and she plopped down in the snow to contemplate the vista overlooking the canyon... 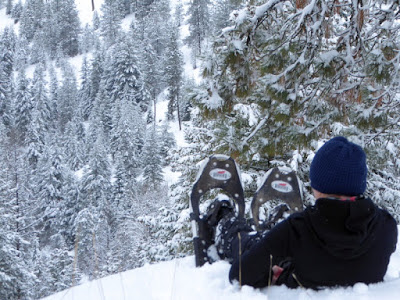 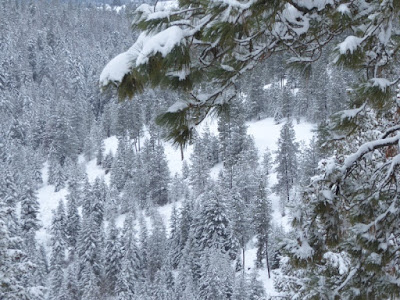 She wanted to get to a point on the trail where a branch bends over the path, so we trekked onward. 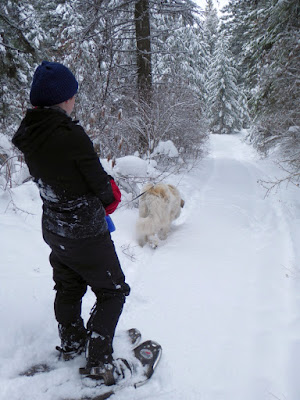 There's no question we were in a winter wonderland. 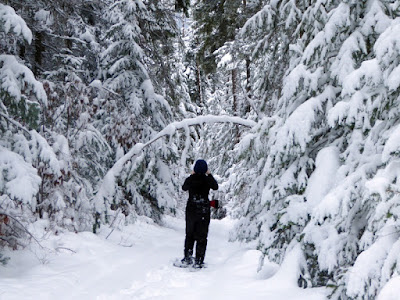 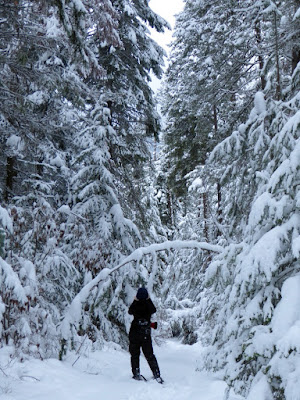 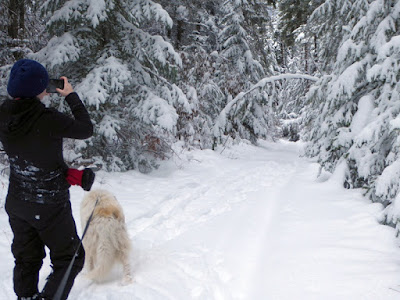 Then we came out of the woods and back onto the prairie. 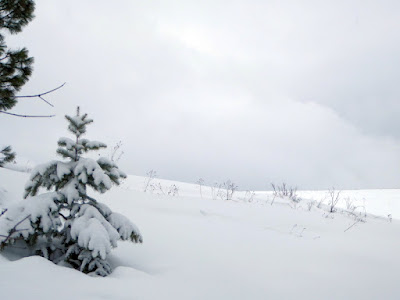 We stopped on the road to remove our snowshoes, and Lydia was so tired she laid down right there. 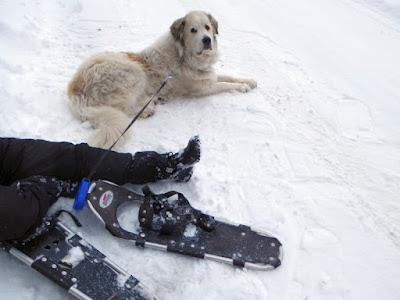 Sadly, the next day I had to drop Older Daughter at the airport. (Due to delays, she didn't arrive back in New Jersey until 2 am Tuesday morning.)

After dropping her at the airport, I swung back into Coeur d'Alene to pick up Younger Daughter from her job. The downtown was beautifully lit up with Christmas lights. 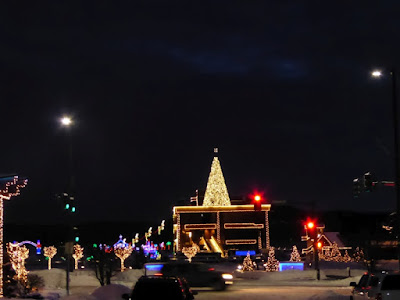 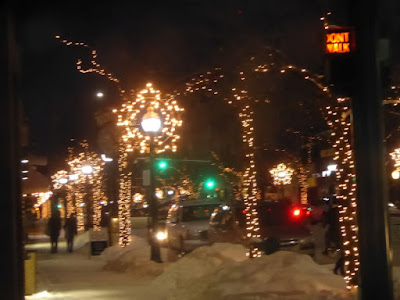 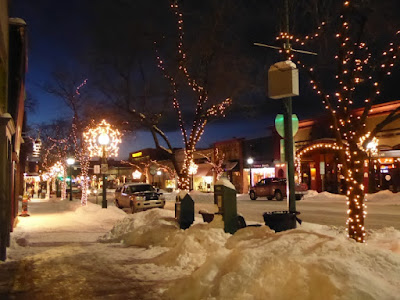 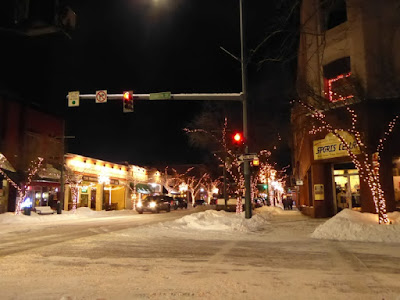 It's hard to say goodbye to the holidays and to Older Daughter.
Posted by Patrice Lewis at 5:53 PM