The sword of Damocles, North Idaho-style

Some of you may be familiar with the Sword of Damocles, defined as "an allusion to the imminent and ever-present peril faced by those in positions of power":


According to the story, Damocles was pandering to Dionysius, his king, and exclaimed to him that Dionysius was truly fortunate as a great man of power and authority, surrounded by magnificence. In response, Dionysius offered to switch places with Damocles so that Damocles could taste that very fortune firsthand. Damocles quickly and eagerly accepted the king's proposal. Damocles sat down in the king's throne surrounded by every luxury, but Dionysius arranged that a huge sword should hang above the throne, held at the pommel only by a single hair of a horse's tail. Damocles finally begged the king that he be allowed to depart because he no longer wanted to be so fortunate, realizing that with great fortune and power comes also great danger. 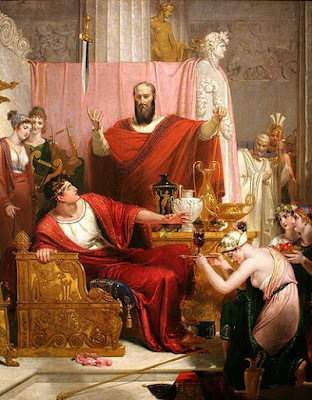 For the last few days, our sub-zero temperatures have risen above freezing, resulting in slushy conditions. It also means snow has been sliding off metal roofs, often with an enormous "whoosh-WHOMP" as hundreds of pounds of snow dumps off. Obviously roofs with the steepest pitch dump first; roofs with a shallower pitch take longer and often result in long curls of snow before the weight breaks it off and it dumps to the ground.

A couple mornings ago I went out to fill the water tank behind the barn. The snow was slowly sliding off the roof, and the overhang was at least two feet. 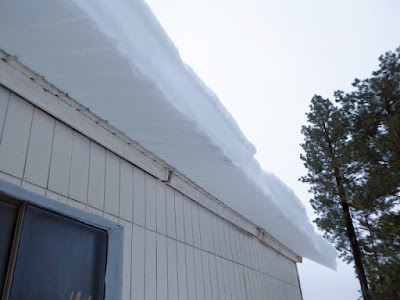 A bunch of snow had already dumped off, burying the water tap, which I dug out. 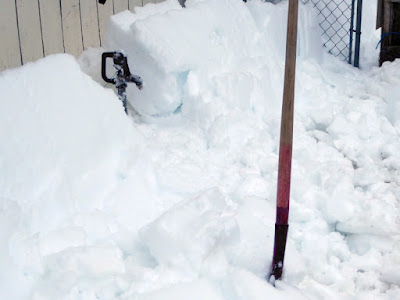 But I was working directly under the snowy sword of Damocles. Here I'm looking up, just waiting for the snow shelf to break off and bury me. 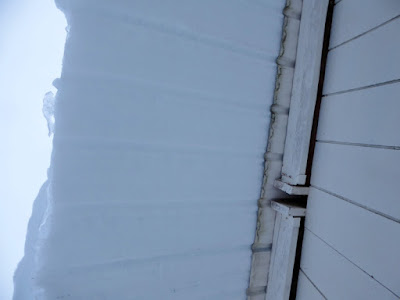 Needless to say, while the tank was filling, I stood well away from the tap. 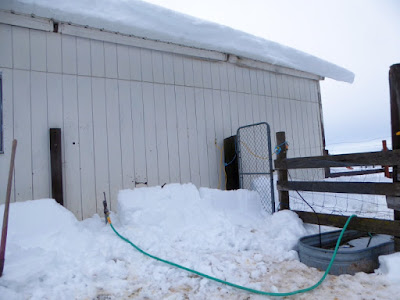 Fortunately I escaped the dump. 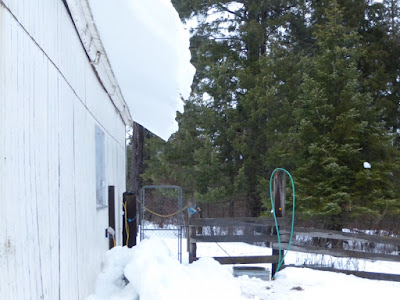 Two hours later, I heard a mighty "whoosh-WHOMP." Down came about half the snow, which completely buried the tap. I dug it out again. 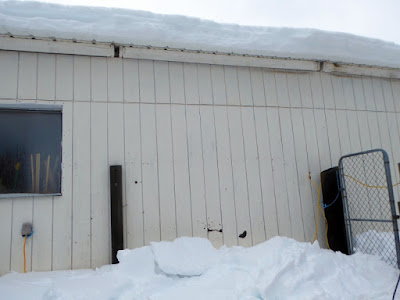 It partially blocked the stall where Matilda and her calf get shelter, so I had to dig them out. 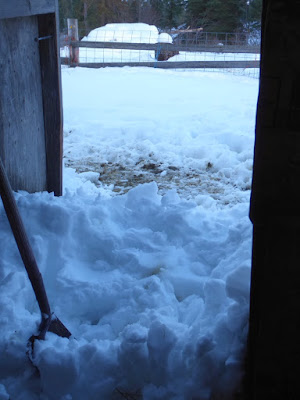 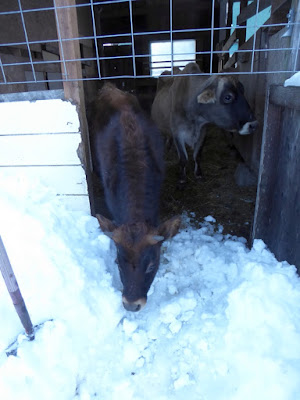 Later the rest of the snow slid off and re-buried the tap even deeper. Wheee. 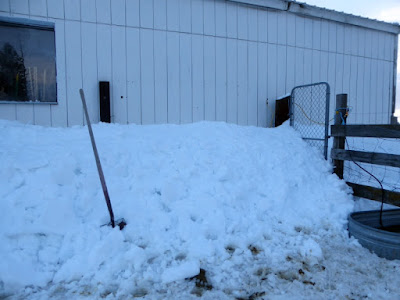 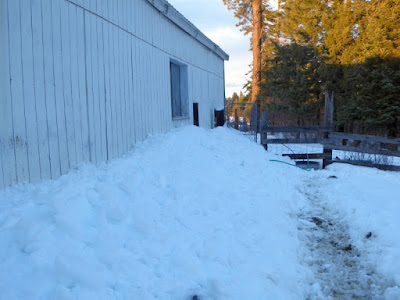 Sigh. Had to dig out the tap yet again. 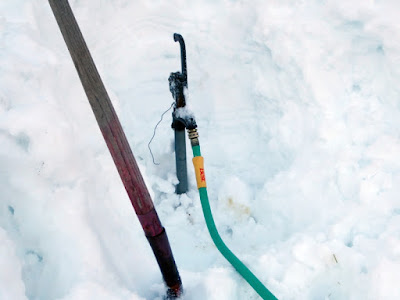 But this time there's no more snow. This dig-out should last awhile. 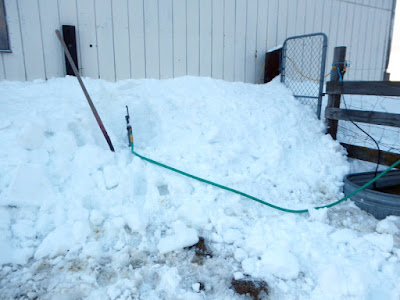 No new snow on the horizon, at least in any appreciable quantity. No more digging. (Yeah right.) No more swords of Damocles.
Posted by Patrice Lewis at 7:04 AM

Email ThisBlogThis!Share to TwitterShare to FacebookShare to Pinterest
Labels: snow, Sword of Damocles