We've had several days of sub-zero weather which, thankfully, is easing. Here are some snow pictures from the last week or so:

Don stuck some icicles in a snowbank and called it Icehenge. 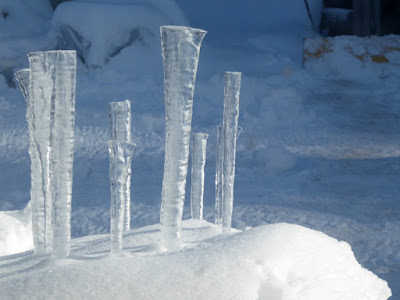 Icicles have been something of a mainstay for the past week. 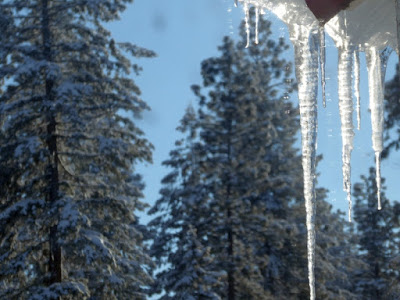 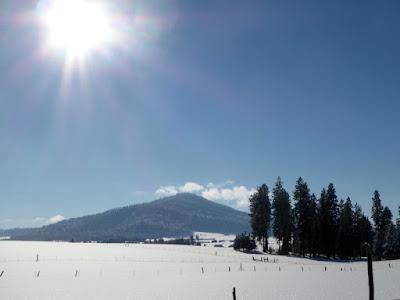 The sun backlighting some snowdrifts. 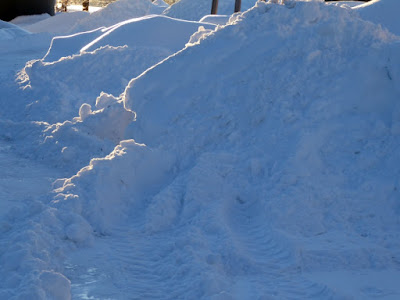 On some mornings we had hoarfrost. This website defines it as follows: "First, to produce any frost, you need water vapor (gaseous form of water) in the air over cold ground with a surface dew point at least as cold as 32 degrees. When these water vapor molecules contact a subfreezing surface, such as a blade of grass, they jump directly from the gas state to solid state, a process known as 'deposition,' leading to a coating of tiny ice crystals."

Whatever the cause, hoarfrost is spectacularly beautiful. It's like every surface is coated with diamonds. It has to be seen to be believed. Photos can't do it justice. 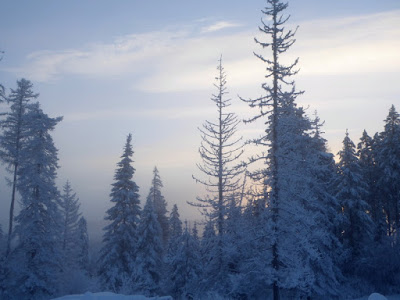 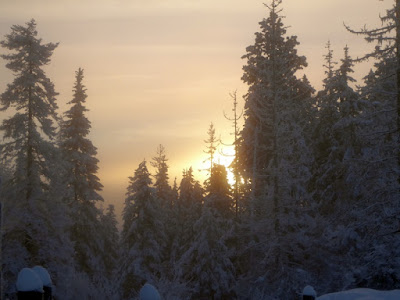 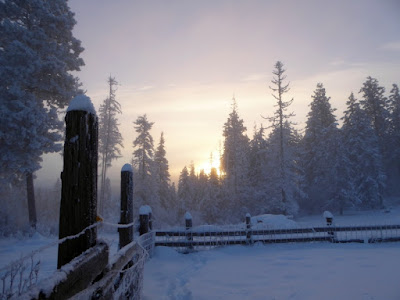 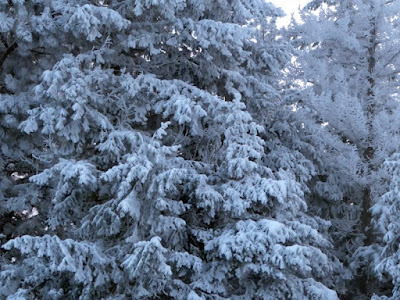 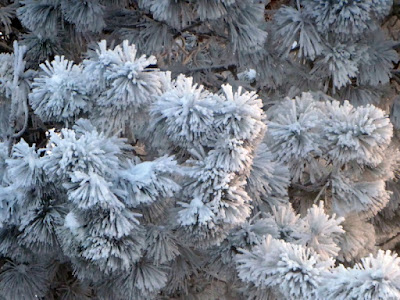 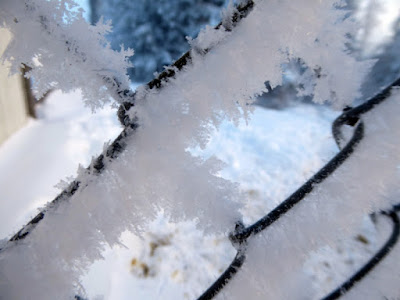 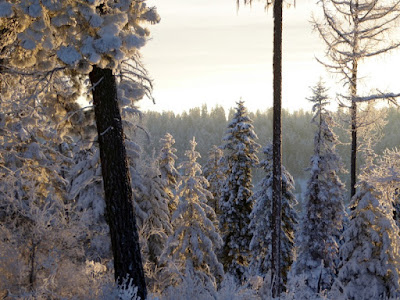 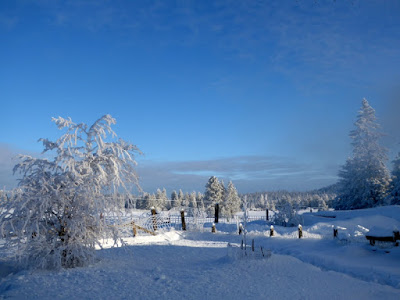 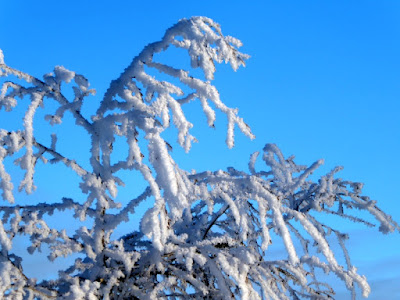 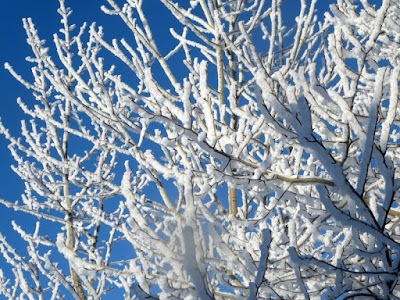 For obvious reasons, I call these Days of Diamonds. 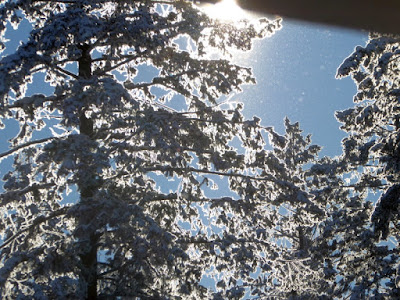 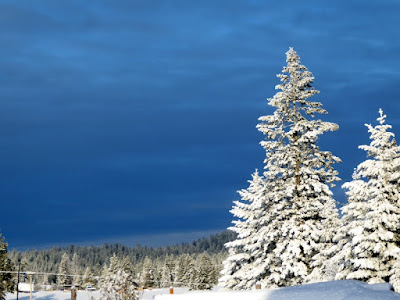 Even the snow itself forms hoarfrost ice crystals: 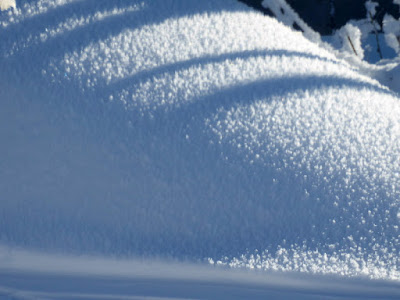 Here's some hay in the barn: 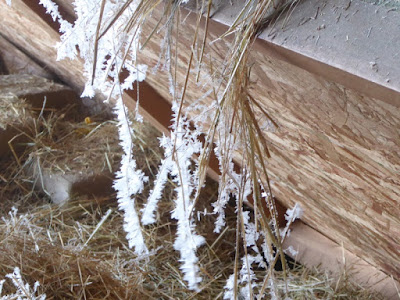 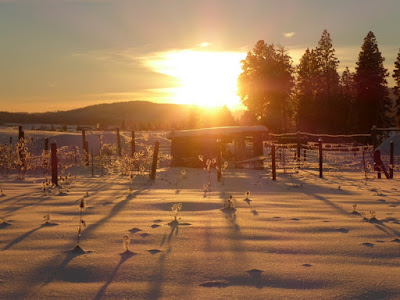 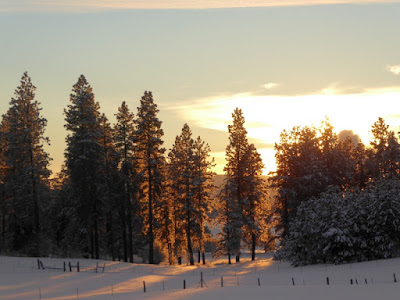 Alpenglow on the distant peaks: 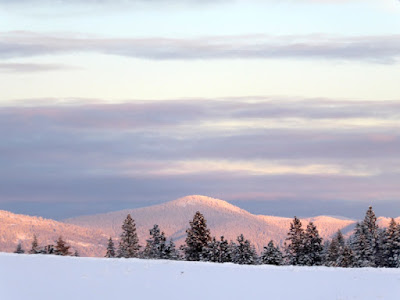 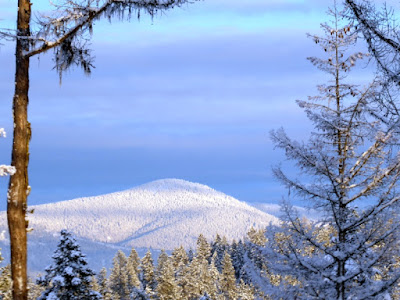 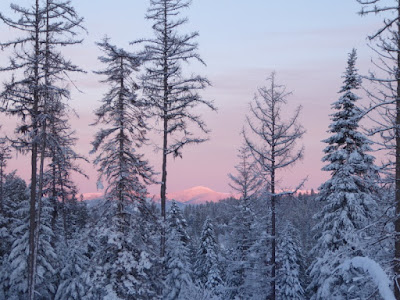 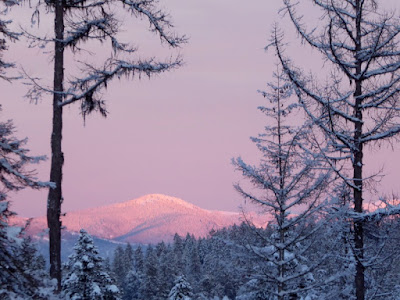 Yep, if we have to have bitterly cold temperatures, at least the scenery is gorgeous.
Posted by Patrice Lewis at 9:04 AM