When we moved to Idaho in June of 2003, the one thing I couldn't wait to see was a moose.

But the years went by, and no moose were to be seen -- at least by me. Don saw some. Older and Younger Daughters saw some. My parents, up visiting, saw some. But me? Zip, zilch, nada, nothing.

It got to the point of teasing. Any time a friend or neighbor spotted the elusive critter, they would call me up with glee. "Guess what I just saw?"

A few years ago, as a continuation of this ongoing dearth, Don gave me a little moose statue for Christmas. I keep it on the small shelf over the kitchen sink where I can see it daily. I -- stinkin' -- love this little moose statue. 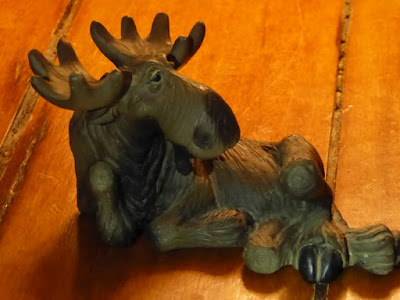 Nonetheless, over the past 14 years I've managed to see a few rare glimpses of a moose. Rare is the key word; I'm thrilled whenever I see them.

The other day, Younger Daughter and I were heading toward town when we saw what at first we thought was a horse dash off our road and into the bramble. You guessed it. 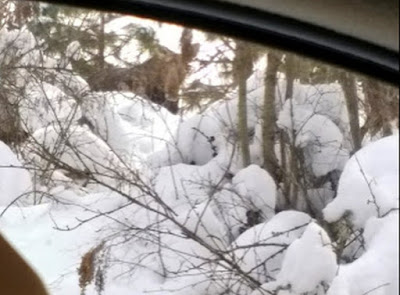 He (or she -- without antlers it was hard to tell) looked at us calmly from behind the screen of bushes. My camera kept focusing on the branches rather than on the animal behind them, and in my haste I couldn't switch to manual focus in time, so most photos were blurry. Much of the time, all I saw were ears poking up over a snow mound. 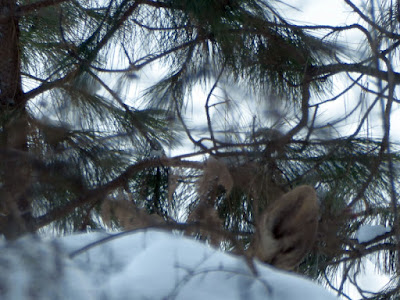 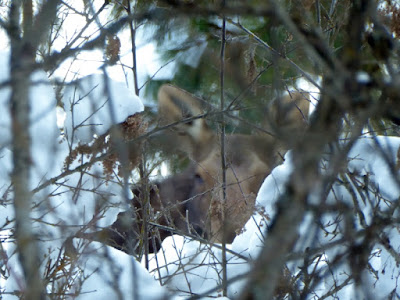 By far the best (lucky) shot was this one: 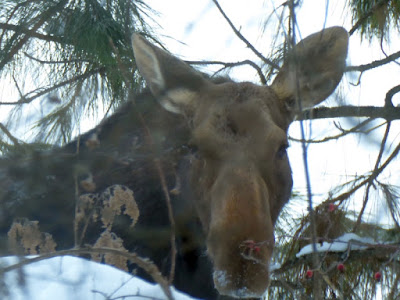 All too soon, he made his way over an embankment and out of sight. Ah well, it was sweet for the few moments we saw him. 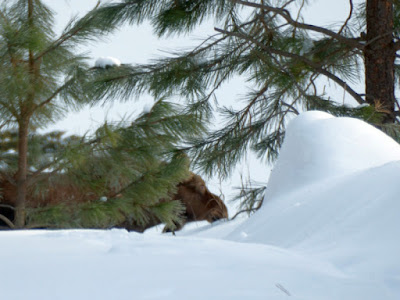 Love those thrilling moose! But since they're such a rare sight (at least for me), most of the time I'll have to be satisfied with my little moose statue. 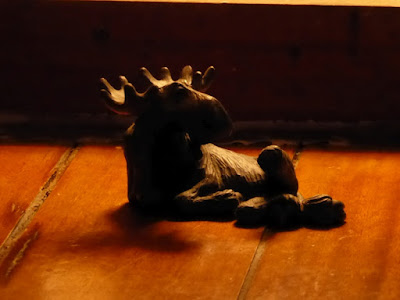 Posted by Patrice Lewis at 9:24 AM

Email ThisBlogThis!Share to TwitterShare to FacebookShare to Pinterest
Labels: moose