Blessings from the Magic Pear Fairy

Our pear tree was loaded with fruit this year. 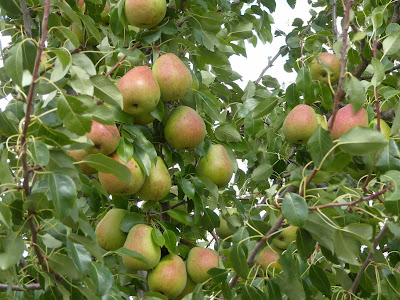 A few weeks ago, I picked up about 20 lbs. of windfall fruit for a neighbor in exchange for plums. I had to watch my footing, though, because the wasps had also found the windfalls. 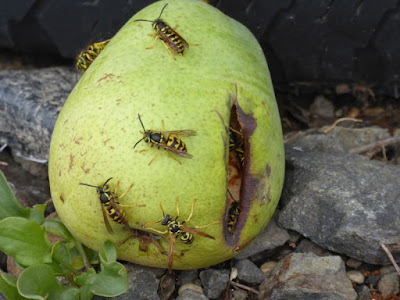 One pear, unnervingly, looked whole from one angle, but when turned over proved to be hollowed out and filled with wasps. (Shudder.) 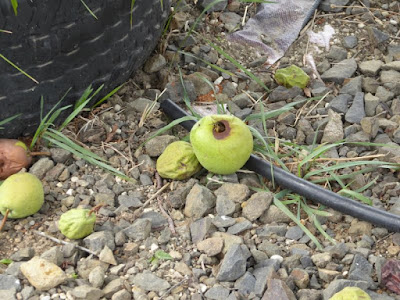 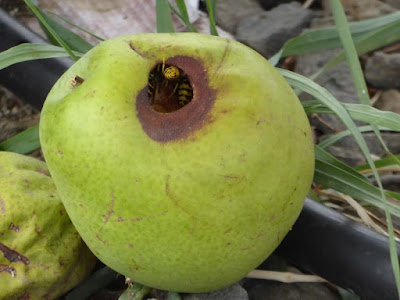 I had also picked another 20 lbs. or so to give to another neighbor whose husband does some mechanic work for us.

However I couldn't harvest the whole crop of pears until I got some fruit-picking baskets, since of course I'm 5'2" and the tree is 15 feet or more in height. 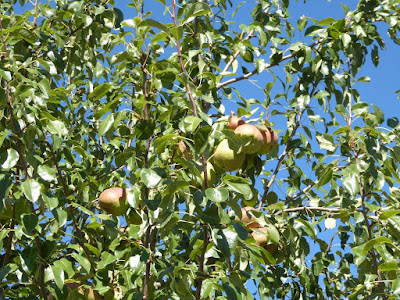 Fruit-picking baskets are the handiest gizmos. We used to have one when we lived in Oregon (where we had huge ancient fruit trees), but over the years it got lost and we never needed another until now. Don ordered two online, and they arrived last week. 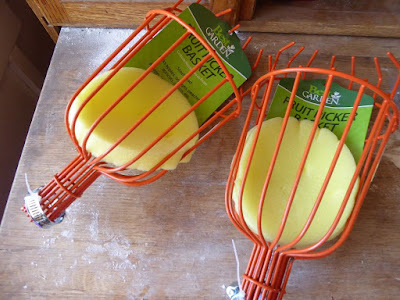 I got two 10-foot lengths of PVC pipe, and Don trimmed one to six feet, giving me a long pole and a shorter pole.

Then it was off to pick fruit. 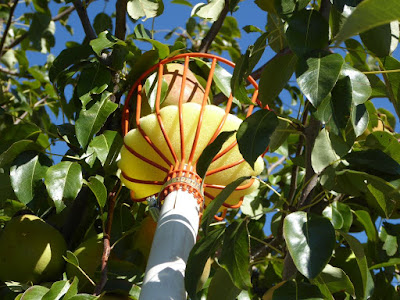 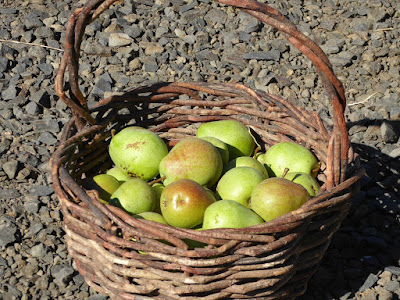 ...until I had a full wheelbarrow. 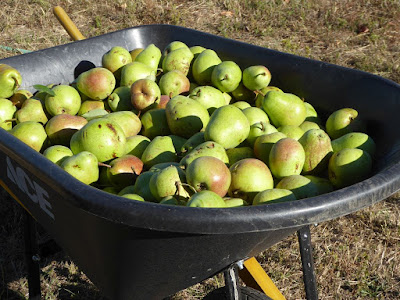 I was curious how much this was, so I weighed it bit by bit on our bathroom scale. 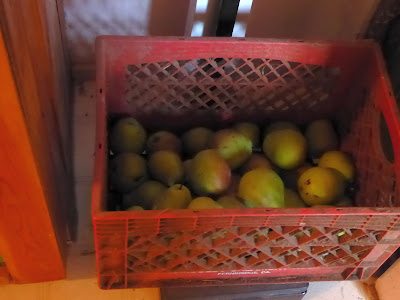 Not counting the 40 lbs. or so I gave away earlier, this picking came to 120 lbs. 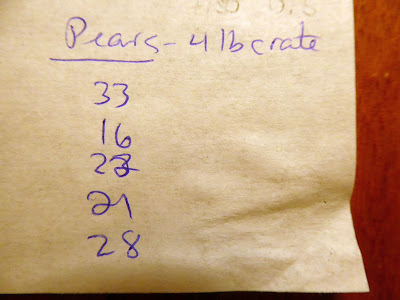 Heavens, this was far more fruit than I could possibly use. I still have pears canned up from last year. What do to?

Simple. I transformed myself into the Magic Pear Fairy, loaded the pears into the car, and went around the neighborhood bestowing the blessings of pears on anyone I could capture. In short order, all the pears were gone (and I had some pleasant visits with the neighbors).

I kept back about 20 lbs. for ourselves. 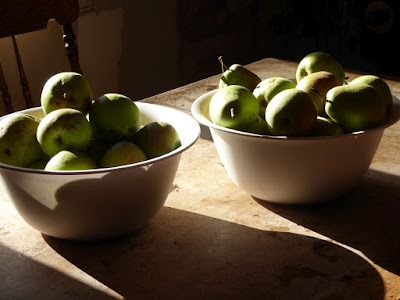 These still need to ripen, so we won't be able to eat them for about a week. (By the way, here's a Magic Pear Fairy secret: to determine when a pear is ripe, depress the top just around the stem. If it "gives" a little, the pear is ripe.) 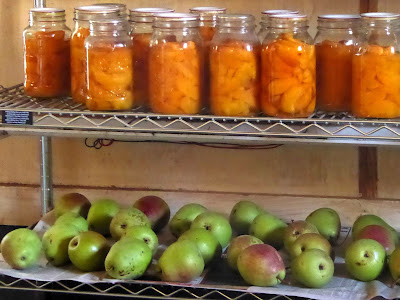 If there's one thing I'm learning about homesteading, it's this: when things become productive, they really become productive. We are overflowing with pears, strawberries, blueberries, beef, eggs, garlic, and other bounty. Now that's a real blessing!
Posted by Patrice Lewis at 6:48 AM