We have a hen who keeps getting picked on by the other chickens. She must be extraordinarily sexy, at least by rooster standards, since she's ragged from their attentions.

As a result, we're forever finding her in odd hideaways. Don even found her tucked into a crevice in our log pile one day when he went out to cut firewood.

So when I saw a hen tucked into an awkward spot between one of our barn pens and the milking stall, I thought it was this particular hen. 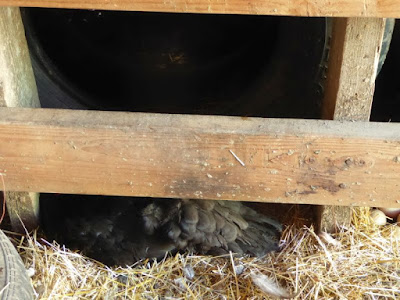 Two or three days went by and this hen didn't move. Wondering if she was dead or injured, I finally slipped my hand down into the spot -- and got myself soundly pecked. 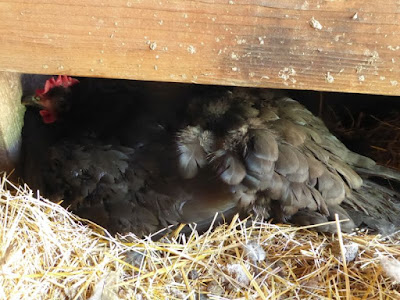 Okay, different hen -- and she's setting on a whole bunch of eggs. 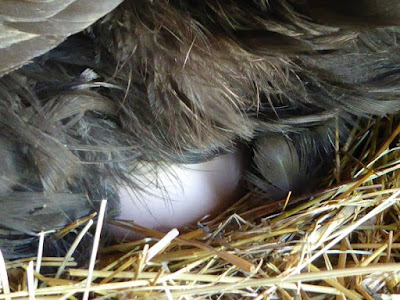 Holy cow, I have never seen a breed of chicken more inclined toward broodiness than these Jersey Giants. Here it is late September and she wants to hatch chicks! 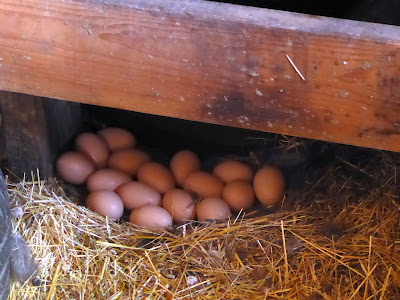 Well, after some discussion and despite the looming colder weather, we decided to let her have her way. We can protect the chicks until they feather out. One of our fall projects is to expand the chicken coop and add a separate yard for growing roosters as we raise them for meat, so we should have plenty of room for a larger flock.

So this is our autumn surprise -- more baby chicks on the way. 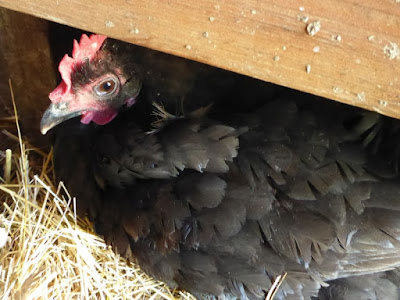 Meanwhile, you may ask how the rest of the baby chicks are doing? (You might remember we had a hatching in late July.)

Of the twelve surviving chicks born to that mama hen, nine have made it. Two died at a few weeks of age, and sadly we just lost one this week which drowned in the cow's water tank.

But the rest are doing fine. We still can't distinguish which are hens and which are roosters, but that's okay, we'll be able to soon.

This is mama with a couple of the chicks when they were about a month old: 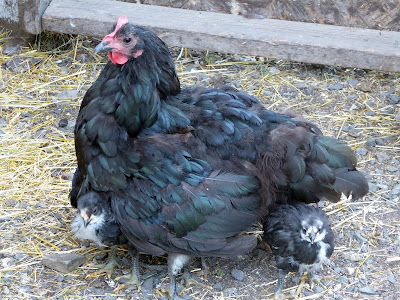 And here's a few I photographed yesterday: 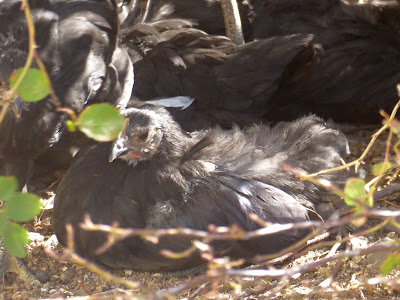 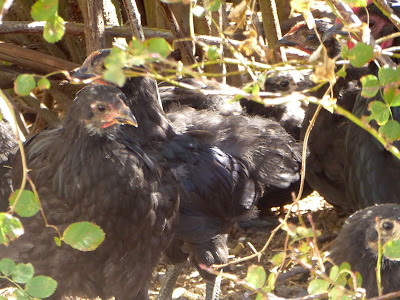 They're currently in that awkward gangly "tween" stage, but healthy and active. We'll be giving four of the young hens to a neighbor who wants to start a flock, and raising the young roosters for the pot. 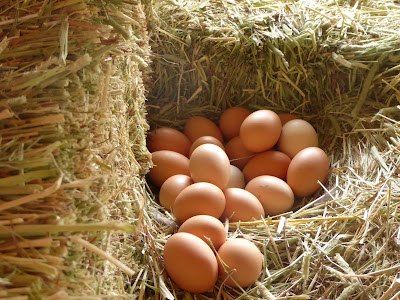