Sometimes it amazes me how much instinct farmers have -- an intuition or sixth sense when something is amiss.

A few years ago I noticed a calf lying down on the farthest side of the pasture. He was just -- lying there. Nothing wrong. Yet there was something that piqued my interest, especially when he laid there a lot longer than calves are wont to do. Turns out his hoof was tangled in a wire.

Another time, my concerns about Polly's hunched posture tuned me into a close call with hypothermia.

A few days ago we moved the cattle back to the wooded side of the property. Shortly thereafter we had a windy day (wind is nothing unusual around here), and of course during wind we hear all kinds of clanks, bangs, rattles, and other normal sounds.

So what was it about one particular clank that caught my attention? Through an open window in the house, I heard a chain clank against metal from a direction it shouldn't have. I stepped outside and saw the feedlot gate... 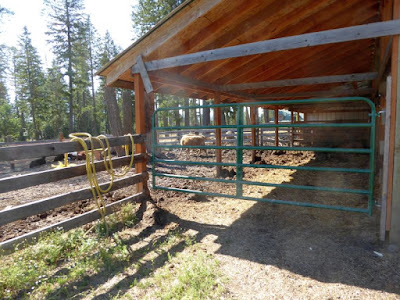 ...had swung wide open. The wind had pushed the gate back and forth just enough that the single link holding the gate closed had worked its way out. 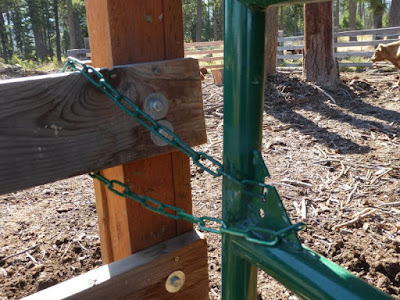 Inside the feedlot (still littered with debris from felling trees) were several cattle lounging about. 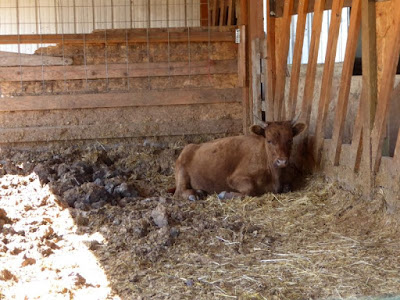 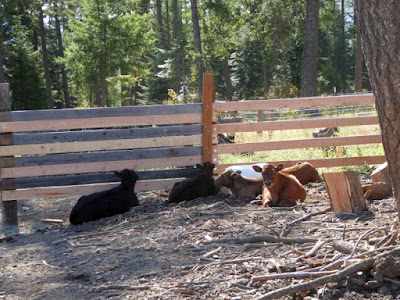 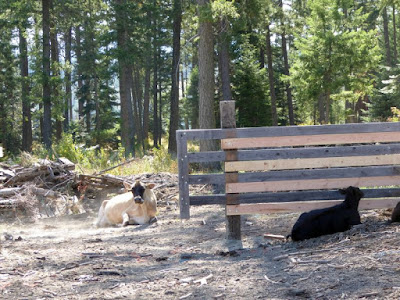 A few minutes longer, and the temptation to explore the open gate would have propelled the whole herd into the driveway.

This was just a trivial incident, but it does drive home how important it is to pay attention when your gut tells you something is wrong.

It also makes me ask: where else do people respond to their gut as part of their job? One poster mentioned nursing (true). Another mentioned hunting (also true). Others?
Posted by Patrice Lewis at 6:16 AM