A new kind of creature

We have a new kind of critter in the neighborhood -- alpacas. 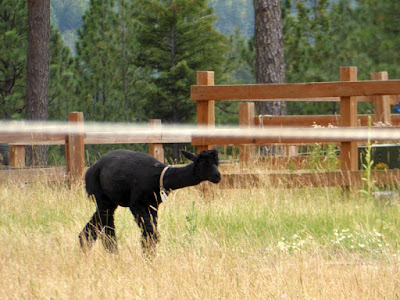 Our neighbors leased (yes, leased) six of these dazzling things. Why, I have no idea, but I must admit they're awfully cute. They're so different than the usual cadre of cows and horses, sheep and goats. 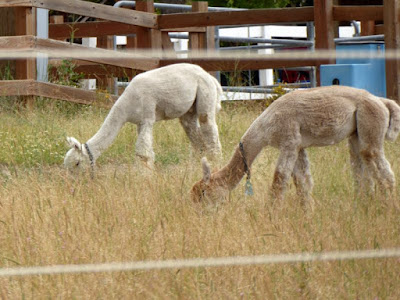 But what was absolutely hilarious was the reaction of our cattle to these new animals. The moment the alpacas were spotted, the entire herd came thundering over to gape. And I mean gape. 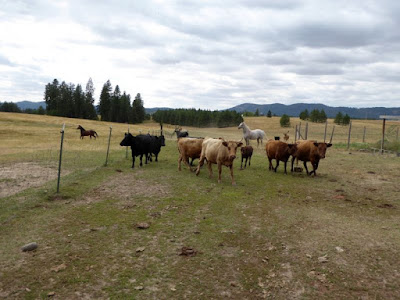 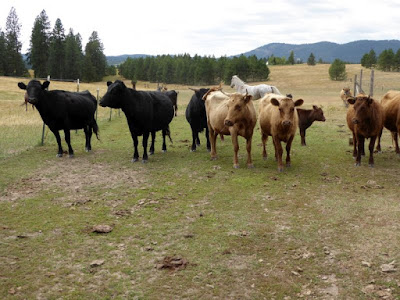 They mooed and bellowed and pawed and gaped some more. 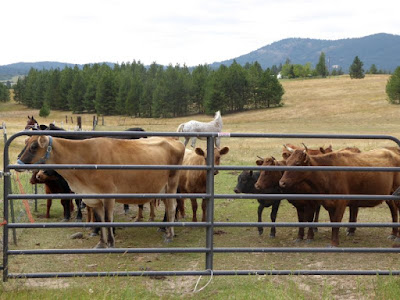 Fast forward a couple of weeks. Since the neighbor's pasture is on the other side of the barn from our house, it's not clearly visible from our yard. Therefore Lydia had never seen the alpacas.

Now that the bees are no longer in the garden space, I've been letting Lydia loose to roam about while I'm weeding or watering. 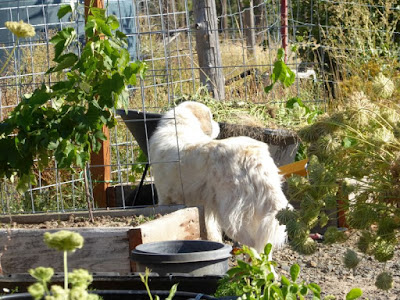 Then she saw the alpacas for the first time -- and suddenly all that is Pyrenees in her came surging to the forefront. Alert! Alert! New animal in the vicinity! 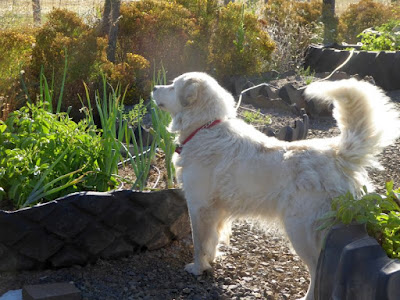 And she barked. And barked and barked. Alert! Alert! 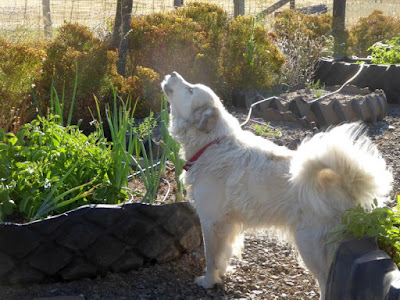 Alpacas are so different that Lydia instantly determined they were, well, different. Alert! Alert! (As you may have guessed, "high alert" is nothing unusual for Pyrenees.) 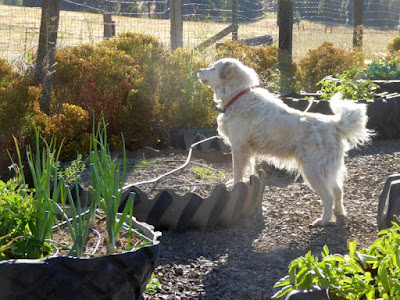 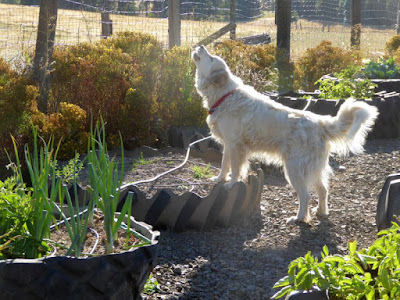 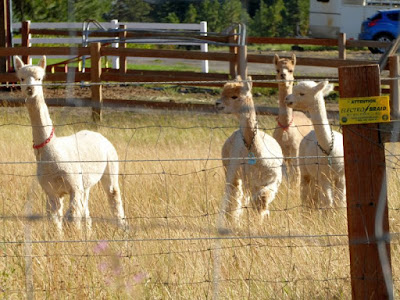 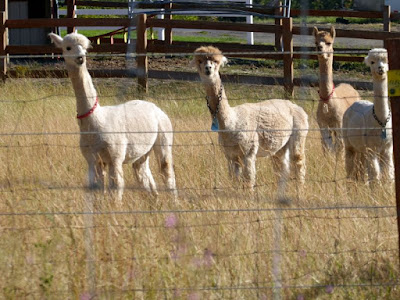 When it became apparent the alpacas were not in imminent danger of invading her territory, Lydia calmed down, though she kept a wary eye on the newcomers.

I have no idea what the neighbors intend to do with these lovely creatures. They won't be shearing them for wool (they were sheared before they arrived). I guess they just like having unusual pets.
Posted by Patrice Lewis at 4:46 PM