Well, it's that time of year again -- when we move the cows from one side of the property to the other.

Our 20 acres is roughly divided in half, with about ten acres in subdivided pasture and the other ten acres in wooded pasture. Winters, the cows are in the woods since that's where the barn and feedlot open into. Summers, they're in the pasture or on a neighbor's leased 20 acre parcel. (We could have kept them longer on the neighboring property except some wily cows persisted in getting through/under/over/around the fence onto another property. Long story.)

Somehow, even though we hadn't called them, the beasties knew what was up and were waiting for us at the gate. 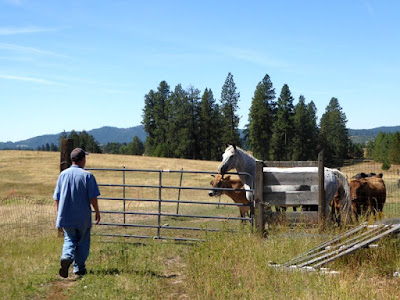 Although we took the precaution of closing the driveway gate, it wasn't necessary. They knew exactly where to go and made a beeline for the gate into the woods. 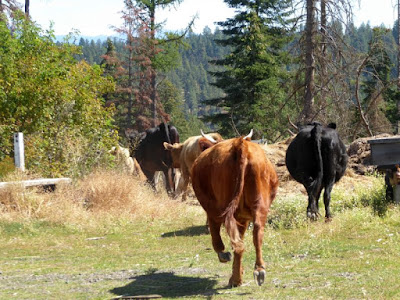 Except for some of the calves, of course. In this, their "puppy-stupid" stage, they don't know to follow everyone else. Four of them ended up clustered waaaaaay down at the bottom of the pasture by the gate into the neighboring property. 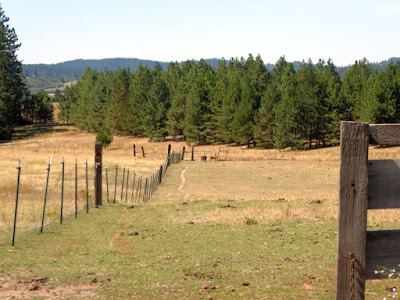 Surprisingly, when they saw me at the top gate taking pictures, they came galloping up the hill. 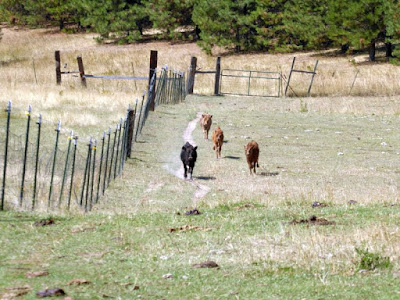 Once in the driveway, it took no time for them to orient themselves towards the proper gate because they could hear the other cattle. 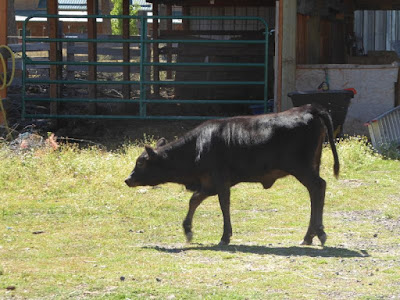 We had to haul up and clean out the low water tank, which we then put behind the barn with a float valve to keep it full. 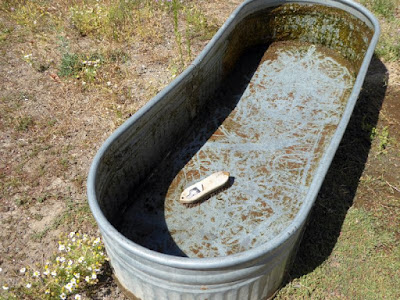 We're hoping the cattle have enough to eat in the woods that we can avoid feeding until late September or so. Moving cattle: yet another milestone in our homesteading year.
Posted by Patrice Lewis at 1:42 PM