Since Primo was born last Wednesday, we've kept him and his mama Shadow in the corral. This was partially to give the baby a bit more protection against potential predators; but mostly it was to keep him handily close for when it came time to turn him into a steer. 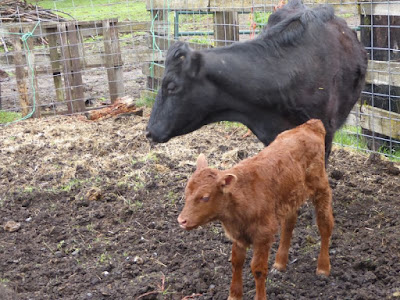 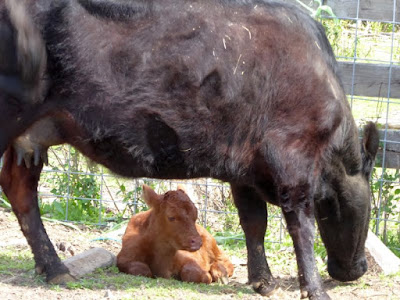 We usually wait about five to seven days before castrating a calf, to allow the testicles to fully descend. In the old days when we used a vet, it was a nightmare of roping the little baby to the ground and slicing out the gonads. Nowadays we use a bander which causes no pain, no trauma, and is over literally within seconds. 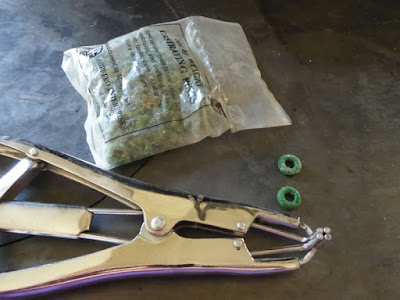 On Tuesday, we pushed Primo into a pen and put a rope around his neck to keep him in one spot. I straddled him and lifted his hind legs off the ground. Don gently pulled down on the hair on the scrotum and fit the bander over the testicles, then released the band. Took -- maybe -- five seconds. Then we released Primo back with Shadow within two minutes of putting him in the pen. I tell ya, these banders are wonderful.

There was no longer any reason to keep Shadow penned up, so after keeping them in the corral for another hour (just to watch Primo and make sure he was okay), we opened the gate and let the baby venture into the big wide world. 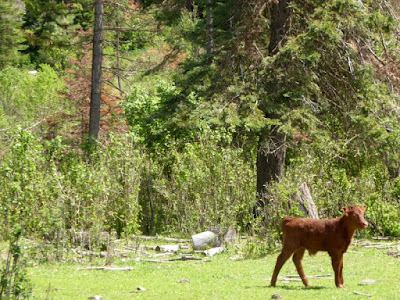 As soon as the rest of the herd discovered this, of course, they came rushing over to make his acquaintance. Poor Shadow was suddenly in "protective" mode once again. Don't misunderstand, no one had any intention of hurting Primo, but Shadow is still a bit hormonal. 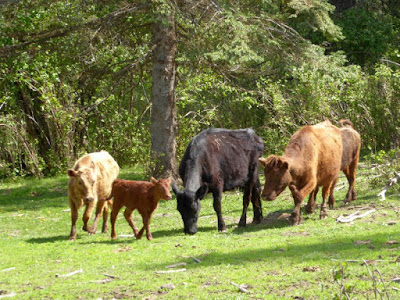 Shadow felt compelled to remind everyone who was Primo's mama. 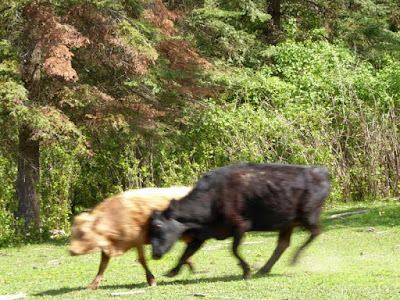 She kept a watchful guard on him. 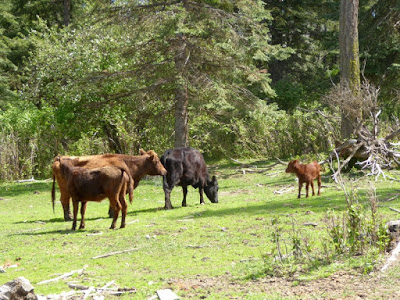 Within a few minutes the excitement was over. Primo wandered off to explore the woods (with Shadow dancing attendance) and everyone went back to their business. Primo is now a member of the herd. 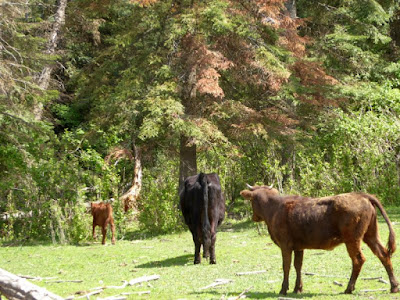 Posted by Patrice Lewis at 4:24 AM