When cash is no longer king

Anyone who's ever listened to the Dave Ramsey show knows his mantra: Cash is king.

What he means by this is, credit can kill you. Too many people get into horrifically deep debt due to the ease of credit cards (and other debt-enhancing methods).

But using just cash, literally cash, is becoming rarer and rarer, it seems.

Lately our family has been transitioning to as much of an all-cash lifestyle as possible. In many respects it makes things much easier. We don't overspend, we don't bounce checks, we don't risk identity theft, and seeing those bills empty out of our wallets makes us realize how fast and easy spending is, and we can adjust or slow down accordingly. 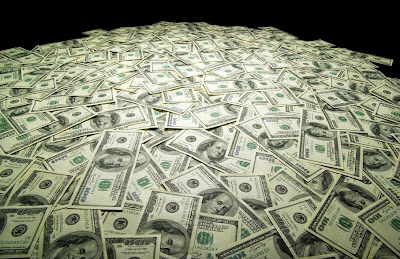 Besides, as I wrote earlier, we don't like the idea of having a little cyber-trail following us all around town, monitoring what we buy. Data mining is everywhere. Cash eliminates that possibility.

As such, our local bankers are now familiar with our pattern of going in and withdrawing sums of money, which we then portion out for whatever spending we plan to do. (It helps that we bank at a small credit union in a small town where we're friends with the bankers.)

Granted, most of our cash withdrawals are fairly modest, since our income is modest. But once in awhile we have fairly large purchases -- winter hay or a piece of used farm equipment, for example -- and the people we buy from are grateful to receive cash since they know the payment won't bounce. Besides, farmers usually aren't set up to take credit cards, so cash works perfectly.

Once in a great while we'll need larger sums, so we've been known to call our bank and ask if they have sufficient cash on hand. Sometimes it takes them a day or two to acquire it, at which point we go in and make our withdrawal.

The point is, it's our business what we spend our money on. It's ours. We've earned it. We can spend it however we please.

But it seems the government disapproves of cash spending, if this article is anything to go by.

The article states: "Earlier this week, a senior official from the Justice Department spoke to a group of bankers about the need for them to rat out their customers to the police. What a lot of people don’t realize is that banks are already unpaid government spies. Federal regulations in the Land of the Free REQUIRE banks to file ‘suspicious activity reports’ or SARs on their customers. And it’s not optional. Banks have minimum quotas of SARs they need to fill out and submit to the federal government. If they don’t file enough SARs, they can be fined. They can lose their banking charter. And yes, bank executives and directors can even be imprisoned for noncompliance.

"But now the Justice Department is saying that SARs aren’t enough. Now, whenever banks suspect something ‘suspicious’ is going on, they want them to pick up the phone and call the cops: '[W]e encourage those institutions to consider whether to take more action: specifically, to alert law enforcement authorities about the problem, who may be able to seize the funds, initiate an investigation, or take other proactive steps.' So what exactly constitutes ‘suspicious activity’? Basically anything. 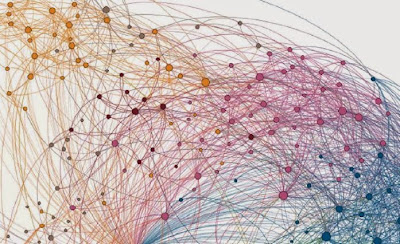 And this "suspicious activity" includes cash withdrawals of $5000 or more. Oh goody. I wonder if the federal government is aware that used farm equipment often costs more than $5000?

The logic behind these policies, of course, is to catch criminals and terrorists. But by casting such a wide net, they're also "catching" ordinary folks doing ordinary things (which, I suspect, is the point).

It's now becoming the norm to prove our innocence rather than our guilt. There are endless stories of people acquiring cash through legitimate lawful means, only to be "caught" with it and have it "confiscated" as suspicious.

I never thought about it before, but I've learned it's no accident that America no longer has any bill denominations higher than $100. My parents used to have a 1972 set of World Book encyclopedias, and I clearly remember leafing through the Money section and seeing photos of $500 bills, $1000 bills, etc. I just checked our 1990 version of the encyclopedias, and sure enough, $100 is the highest bill shown. 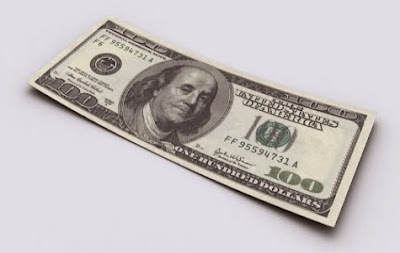 Why is this? Well according to this article: "Despite this enormous depreciation, the Federal Reserve has steadfastly refused to issue notes of larger denomination. This has made large cash transactions extremely inconvenient and has forced the American public to make much greater use than is optimal of electronic-payment methods. Of course, this is precisely the intent of the US government. The purpose of its ongoing breach of long-established laws regarding financial privacy is to make it easier to monitor the economic affairs and abrogate the financial privacy of its citizens, ostensibly to secure their safety from Colombian drug lords, Al Qaeda operatives, and tax cheats and other nefarious white-collar criminals."

I should point out, this is not just an American trend; it's worldwide. The urge to track, apparently, is an international phenomenon. "The governments are desperately using terrorism as the excuse to hide their war on cash," notes Armstrong Economics. "They are trying to eliminate money all together to force 120% tax collection. There is no reform contemplated, just raise taxes all the time. There is no end game here that has anything to do with preserving our freedom and way of life."

I guess in our own small way, we'll continue to be "domestic terrorists" and continue our habit of using cash whenever possible... until it's no longer possible.