This morning when I went out to feed, we had yet another surprise in the bull pen: 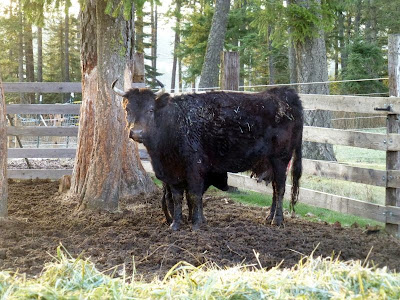 Jet, in with the bull in the bull pen, had a calf! A sweet little bull. When I saw him, he was still a bit damp and had just staggered to his feet. 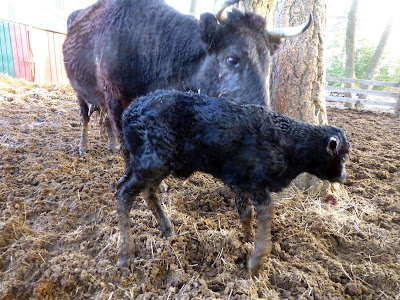 Okay, now this one surprised me, just as much as when little Ninja was born. We had no idea Jet was pregnant. In fact -- here's the thing -- we had Jet in the bull pen because she was destined for a date with the butcher very very soon. This little calf is literally her stay of execution.

But it puzzled me she had a calf at all. We deliberately didn't breed her because we planned to put her in the freezer. Jet is one of our original herd matrons, and over the years she's gotten quite cranky with the other cows (though thankfully not with us). She only became Samson's pen-made in mid-February, when Shadow so unexpectedly popped out Ninja. Having her in with the bull proved to be an excellent arrangement, since it meant she didn't boss around the other cows. But how did she get pregnant nine months ago...?

I've kept a "weather diary" for the past eleven years, so I went back to last June 19 and found my answer: It was the first and only time Samson had broken out of the bull pen. 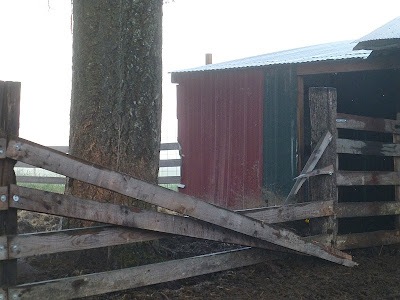 He must have had the time of his life the night of the Great Escape. And, during that night, Jet clearly must have been the source of his motivation to get out of the pen. 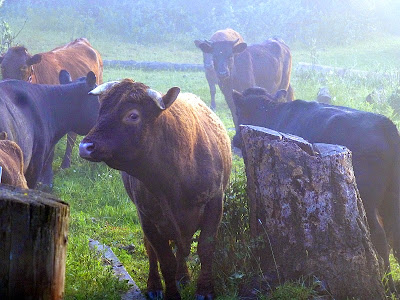 It's worth noting, by the way, that Samson also bred Amy (whose calf Hector was just born) during that night of escape. What a wild night of fun for the bull!

So anyway, this would explain why I wasn't watching Jet for signs of impending birth -- I didn't think she was in heat the time Samson escaped. Oh well, no biggee, she just got a stay of execution.

Jet is a calm and experienced mother, and the little calf -- though chilly from early-morning temps of 25F -- was doing well. The only thing we did was remove the hot wire from around the bull pen, which was turned off anyway. 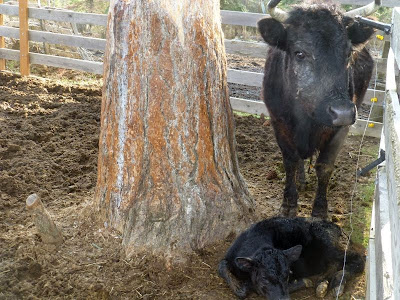 I checked mama and baby frequently during the day. At one point Jet had just dropped the afterbirth and was (gack) in the process of chewing it down. 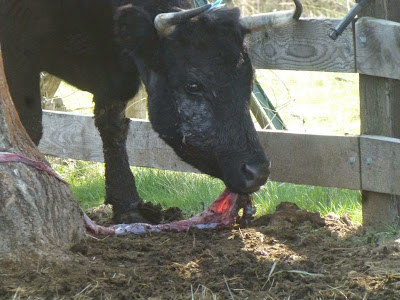 A raven also discovered the afterbirth, and flew down to snag a piece which he then carried up to a tree to eat. 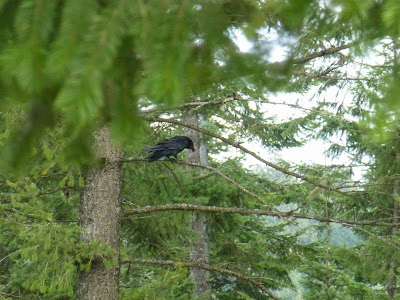 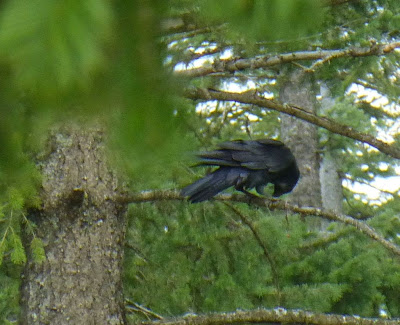 I'm not worried about Samson being aggressive to the baby. Bulls are usually pretty decent about such things, and if he got out of line, Jet would handle him (especially with those horns!). 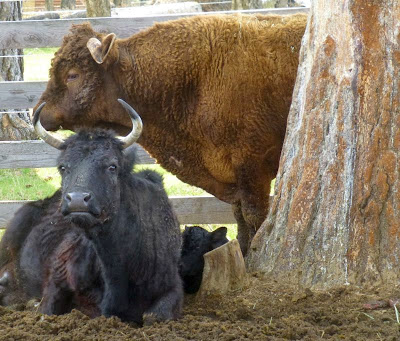 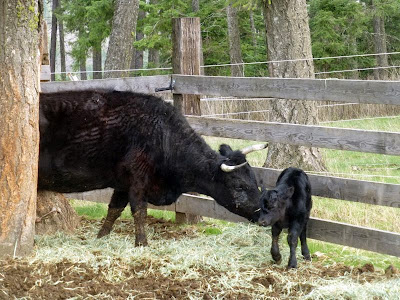 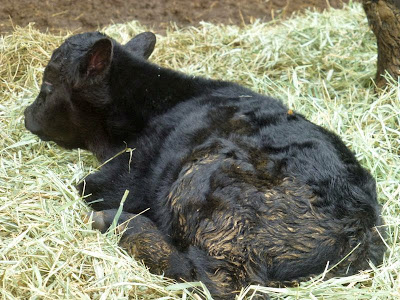 I tell ya -- life is full of surprises. 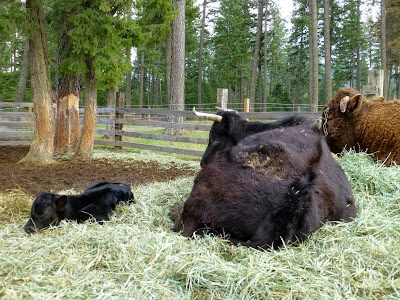 This is our third little bull calf in a row. I need a name! What shall we call our little Good Friday calf?
Posted by Patrice Lewis at 8:16 PM