The search for happiness

We interrupt this program to bring you a philosophical screed. 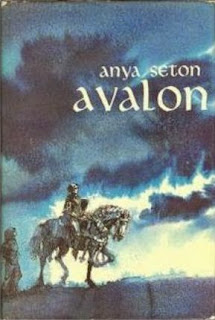 Brief synopsis of the last quarter of the book: The main character, Merowyn, is kidnapped by Vikings and taken to Iceland, where she weds an Icelandic man and has a son. After a period of difficult adjustment, she grows to dearly love both her husband and her new home. Later she and a group of other Icelanders colonize Greenland, where she bears a mentally-handicapped daughter. When her husband dies twenty years later, Merowyn returns at last to England, that gentler country she missed during the cold bleak years on an ice-swept land. As a widow, she must make do as best she can and ends up marrying a man she respects but doesn’t love. She thinks back to the silvery-gold early days of her first marriage and realizes she was happy then and didn’t know it.

For some reason that phrase – she was happy then and didn’t know it – stayed with me after I finished the book. And it made me wonder: how many of us are happy but don’t appreciate it, know it, or realize it?

“Happiness” is such a loaded and multi-faceted word that no one can really define what it means for them. It’s different for everyone. Happiness can be found even in places and circumstances you may not like; but it’s often there, buried among the less enjoyable parts. Facets of happiness (contentment, satisfaction, pride of achievement, etc.) can all contribute to the overall qualities of the emotion.

I think what haunts me about the notion of being happy and not realizing it, is how many of us let overall happiness slide through our fingers because we’re too concerned with little things we don’t like. Anyone who takes their health for granted and then loses it, for example, will appreciate how much happier they were when their health was good.

We all have a zillion things we would like to do. As a trivial example, we look forward to when we can make some cosmetic improvements to the house – paint, replace ugly carpeting, that kind of thing – but we don’t let minor details interfere with the fact that we have a nice home that keeps us sheltered, even if the linoleum is chipped.

And if we lost the house, then how much would we look back at the ugly carpeting and unpainted walls and realize we should have appreciated a solid sheltering home when we had it?

WON’T is a pretty stubborn word. What’s preventing them from being happy NOW?

We all have goals, plans, and ambitions for the future, and I think those are critical (imagine how bleak life would be without goals), but what’s preventing us from enjoying the present NOW? 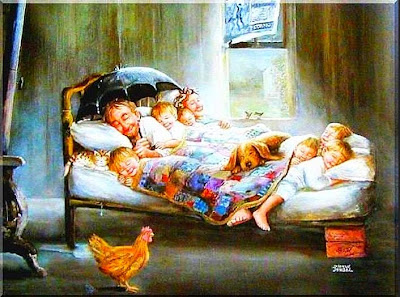 I guess the goal behind this philosophical screed is to avoid regret. How many of us want to look back after years or decades (like the character Merowyn) and regret not appreciating a point in our life when we were happy, but didn’t know or appreciate it at the time?

I don’t think pure happiness is ever possible on this mortal earth. But contentment is. Pride is. Satisfaction is. Embrace those and appreciate them for the happiness they bring.

Okay, philosophical screed is over. We now return you back to your regularly scheduled program.
Posted by Patrice Lewis at 6:29 AM

Email ThisBlogThis!Share to TwitterShare to FacebookShare to Pinterest
Labels: happiness