The advantages of frugality

This is our twentieth year for our woodcraft business. Not many crafters reach this stage, particularly those for whom their craft supplies their primary income. Many crafters must find outside work in order to survive, and slowly their craft becomes either a hobby or at best a distant secondary source of income.

But we've managed to hang on, sometimes by the tips of our fingernails. The financial insecurity of the craft world has taught us one very important thing: frugality. Twenty years ago we had a choice. We could either be thrifty and work at home, or we could spend money and find a 9-to-5 job. We chose to be thrifty. We've remained so ever since.

As it turns out, a thrifty lifestyle offers advantages to everyone. Consider the following.

My dear friends Wendy and Tim, with whom I stay whenever I'm in Portland, have an unusual lifestyle. Wendy is a writer and Tim is an actor. There is no finer recipe for financial insecurity than the combination of those two occupations.

Tim's case is particularly interesting. His specialty is Shakespeare and he's done a lot of theater work in his time. He's also done advertisements and occasional television appearances. I've known Tim for nearly as long as I've known Wendy, so it's been interesting to watch his struggles over the years as he labors to do the work he loves.

But unlike high-demand Hollywood actors like Johnny Depp, most actors struggle to find work on a day-to-day basis. Last year Tim did quite well; this year, not so well. That's why I was happy to hire him to help me run the booth while in Portland; a few day's work is the least I can do to thank them for putting me up during my stay.

When Tim can't find acting work, he turns his hand to a number of odd jobs or other means of producing income. He's hard-working, honest, and willing to do almost anything. These are important quality traits in anyone, but especially for someone who has chosen an insecure field (like acting) for a career.

But Tim said something interesting last week. He said over the years, more financially successful friends have urged him to give up acting and get a secure nine-to-five job. Steady jobs are actually tough for actors, because they must often drop everything and rush to an audition at a moment's notice. Tim's flexible hours from odd jobs is far more suitable for keeping his acting options open than a steady desk job would be.

Because he refused to leave acting, the income gap between him and his wealthier friends grew quite wide. 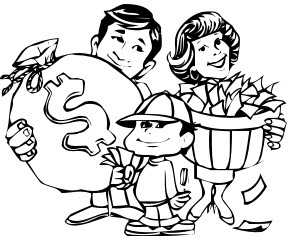 So he's resisted the steady employment and chosen instead to keep pursuing the acting, even if it means financial insecurity. As a result, he and Wendy -- like Don and I -- have honed the art of frugality to perfection. They are thrifty and careful. They live within their extremely modest means. And both Tim and Wendy have, as a result, been able to pursue the careers they love.

But then an interesting thing happened. Many of the friends who urged Tim to give up acting in order to be more financially stable, have lost their employment in these hard economic times. They are staggering around, lost and insecure, desperately applying for jobs to keep their heads above water. They have no idea how to cut expenses or live frugally. It's not just that they don't know how; but they also resent it like crazy. They see frugality as a deprivation rather than a creative challenge. They are resentful and hurt. 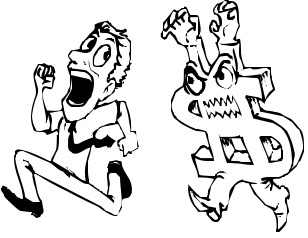 Something to think about.
Posted by Patrice Lewis at 8:09 AM