Have you ever heard of Jar Boxes?

In May 2012 when I attended the Self Reliance Expo in Colorado Springs, I met a lovely woman named Jeri McFarlane who invented something called a Jar Box. 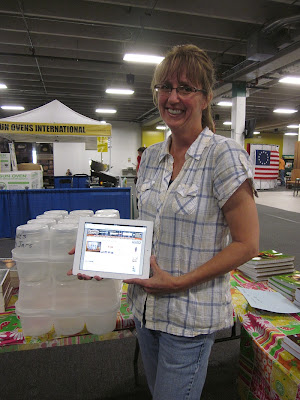 Jar Boxes are designed for holding full canning jars. As an avid canner, I was immediately captivated by these gizmos and thought they were a wonderful concept. 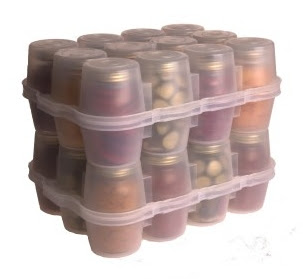 The reason behind this invention, Jeri told me at the Expo, was a moment of intense frustration when she was carrying a full box of jars in a tight space... and tripped. The jars fell, the glass exploded into shrapnel, and the contents (mixed with glass shards) oozed everywhere. Arrrrggghh! So she invented Jar Boxes so this wouldn't happen again. The best revenge is success!

I've seen these things demonstrated, and let me tell you they're impressive. A Jar Box will hold a dozen jars, and you can flip them around, shake them from side to side, stack them practically to the ceiling, and the contents remain undamaged and in perfect condition. You can even trip, fall, and drop the whole thing... no problem.

Apparently people are discovering they're handy for endless other uses as well, such as for storing commercial jars or even for separating craft supplies. A nice bonus is that they're totally American-made. 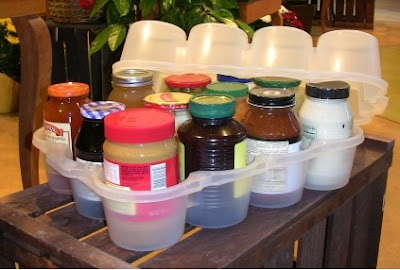 The first Jar Boxes were for quart jars, but Jeri emailed to let me know there are now boxes for pint jars available. There was a two-day sale for these pint boxes, but unfortunately I didn't get to the email on time, so there's only one day left.

So... if you're interested in giving these Jar Boxes a try, the sale may be an excellent opportunity. The website is here, and it's got all sorts of info (FAQs, ordering info, etc.).