A 19-year old neighbor developed an interest in beekeeping. This homeschooled young lady is teaching herself everything there is to know about bees and beekeeping. The other day she took me out to see her hives, then sent me photos she'd taken earlier.

This is a picture of the queen - the long, elegant bee in the center. 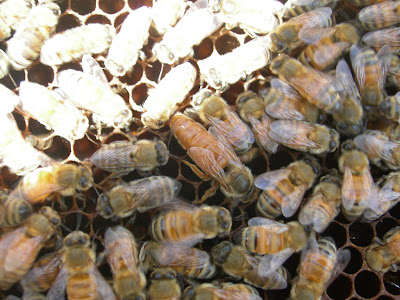 She has eight hives, and in the last two weeks has had four swarms. Here's a swarm gathering on the end of a teeter-totter in her yard. 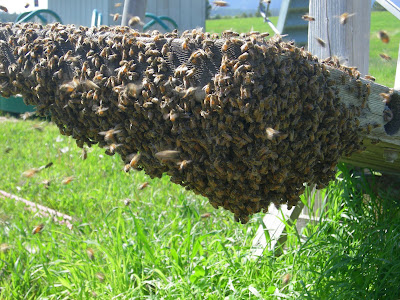 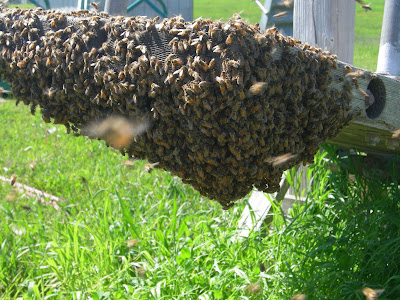 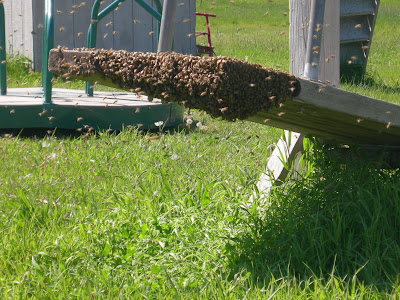 She placed an empty hive near the swarm, and the bees went into it. 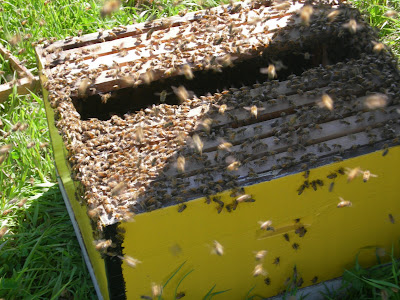 Dressed in her bee suit, she prepares to hive the swarm. 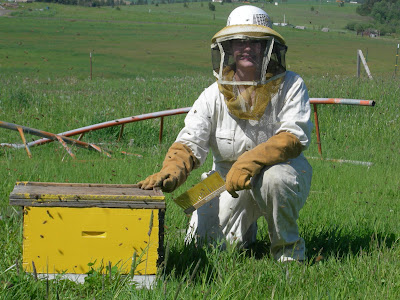 Here she is, lifting combs out of a hive. 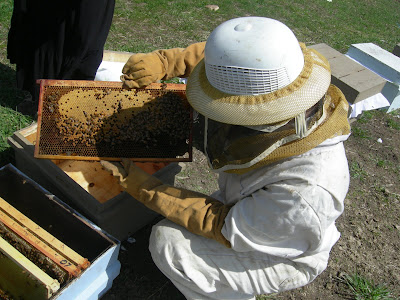 The day I saw her hives, she told me the bees were "bearding" outside the hive openings. Basically the bees were collecting in...well, "bundles" (for lack of better term) near the opening, the better to fan the interior to keep the temperature a consistent 72 degrees on that warm day.

I asked where the term "bearding" came from, and she emailed me this picture (not a picture of her, I should add, since this person has a mustache): 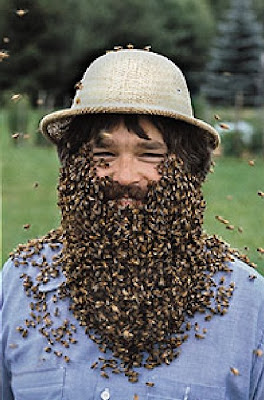 Apparently as a parlor trick, some beekeepers apply pheromones to their chin and invite the bees to swarm over their faces. Better them than me, I say.
Posted by Patrice Lewis at 9:28 PM