It must be spring

It must be spring. We had our first yearling get out.

This is Peggy, who is Pixie's daughter (and my beloved Polly's granddaughter). I went out to do barn chores a couple of mornings ago, and she was calming grazing in the barn, snacking on hay. 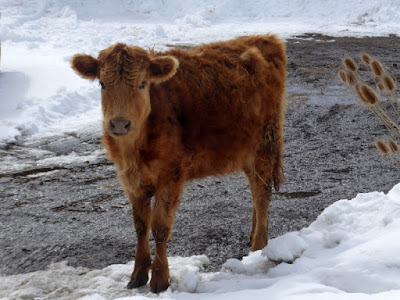 The question is, how did she escape? The snow is still a foot deep in most places, and much higher in mounds where it slid off roofs or where we had to pile it out of the driveway. Besides -- as should be obvious -- walking through snow leaves footprints (or hoof prints, in this case) -- and none were visible anywhere. How did she escape?

This is our corral. You can see my footpath to the watertank, and the snow dump off the shop roof -- but no hoofprints. How did she escape? 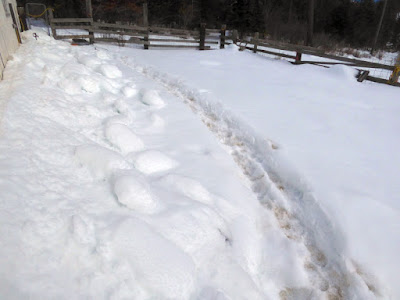 So we shooed her back into the feed lot through a small postern gate. A couple hours later, she was out again. How???

The answer revealed itself as we scoured around the barn. We have a small bull pen annex to the barn with two pens, each with its own feed box. Since we don't have a bull at the moment, we seldom go into this annex, though the animals hang around the pens.

When Don built these feed boxes, he made large hatches so we could climb into the pen as needed. One of the hatches had come unlatched, and Peggy had figured out how to climb through. Mystery solved. 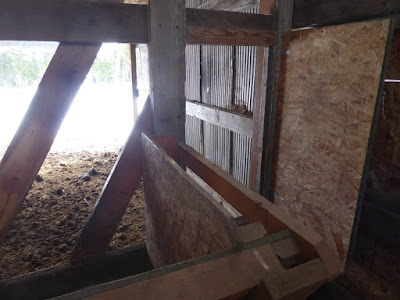 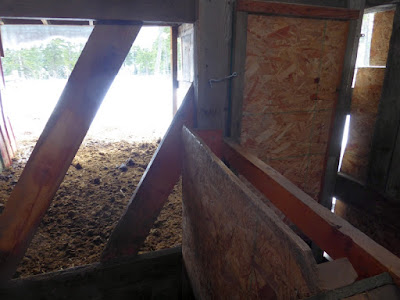 Last week, we had one last feeble gasp of winter and got about four inches of snow. 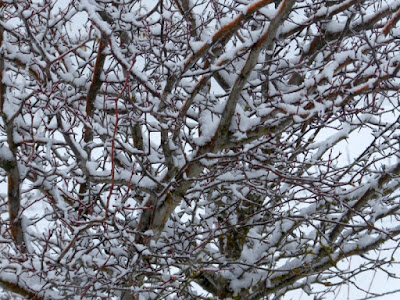 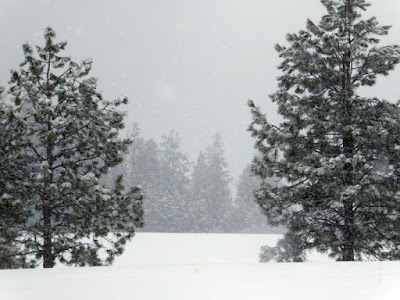 But since then, the sun has been shining and the temperatures are rising into the 40s. Lovely! 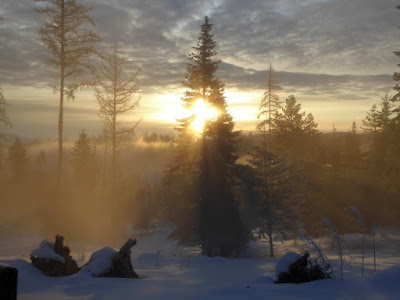 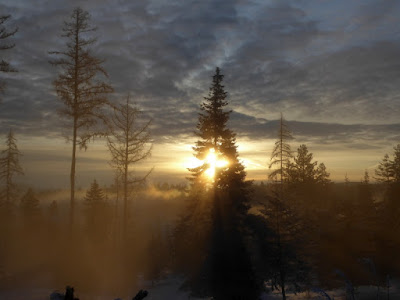 Despite the widespread snow still covering the landscape, the season is unquestionably quickening. Yesterday while Don and I worked on tankards at the kitchen table, we were startled by a burst of liquid song on the front porch: a winter wren, whose tiny size disguises a huge and beautiful voice.

And later that afternoon, as I was taking Darcy for his afternoon walk, I saw my first robin! On the way home from the walk, flocks of swans flew over, heading to the lake and their breeding grounds. 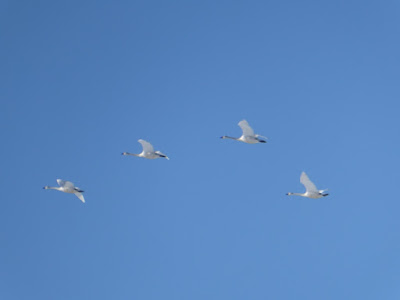 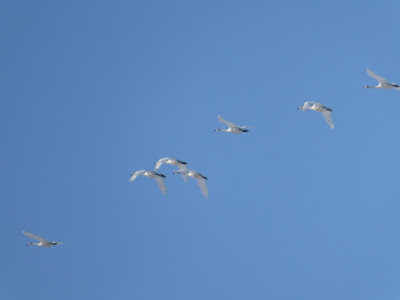 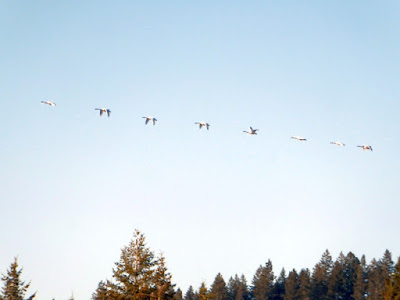 The "snow cave" curling off the roof of the chicken coop... 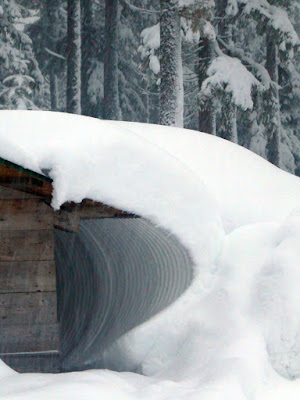 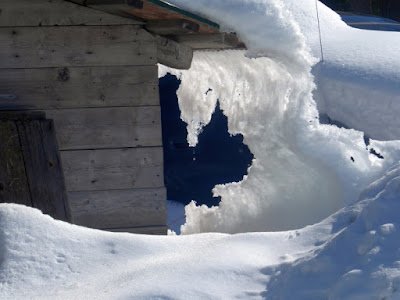 Yep, it must be spring.
Posted by Patrice Lewis at 6:52 AM