We seem to be finally breaking the back of winter (knock on wood). Temperatures are slowly climbing, and while the snow is still two feet thick on the ground, it's compressing and getting wetter.

But here's the thing: Despite warmer temps, conditions are still tough on wildlife since the ground is inaccessible. We purchased some wild birdseed and have been scattering it on our (protected) front porch, to the relief and appreciation of a lot of birds.

We've been seeing a lot of quail come through, in groups of males (who have the jaunty head feather). When temps were particularly bitter, they fluffed up and looked nearly spherical. 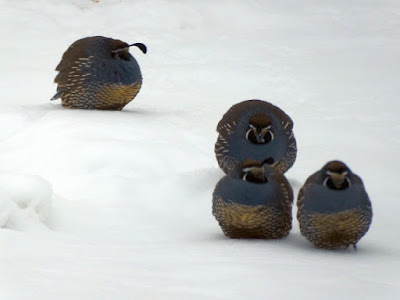 While they're as cute as can be, those fluffy feathers disguised starving conditions. 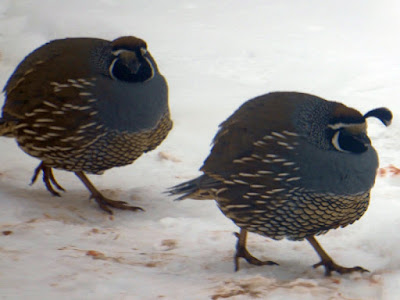 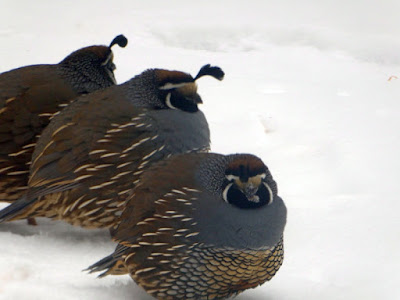 Quail are ground birds -- and the ground is buried. 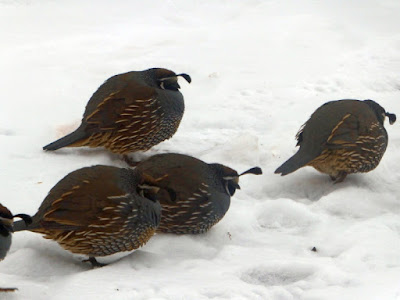 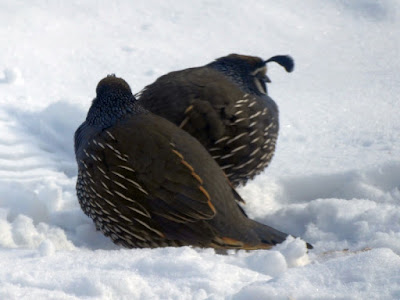 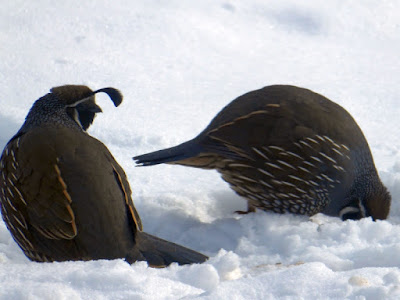 I've seen a quail or two on the porch, taking advantage of the wild birdseed I scatter, but not as often as I thought they'd be there (blurry shot through a window, sorry). 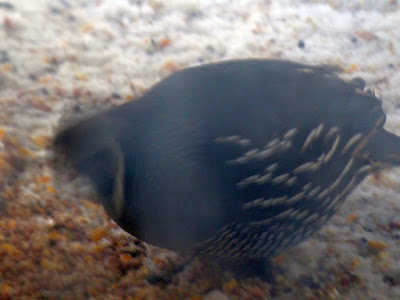 So it was with sadness but no surprise when I went out one afternoon and saw this pathetic little bundle in the snow. 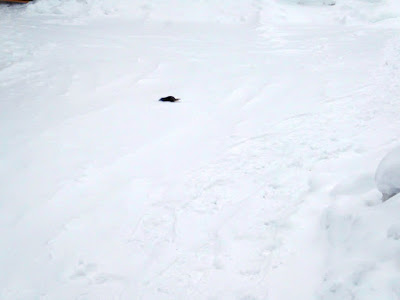 The winter conditions were just too much for it. 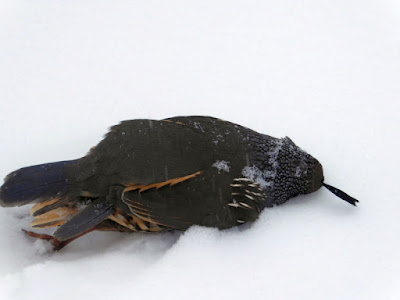 Then, about ten feet away, I noticed another. 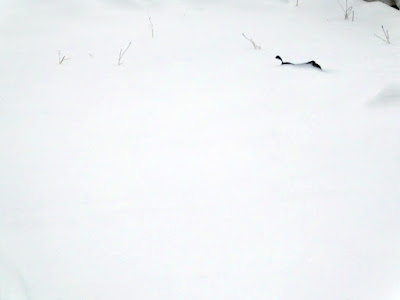 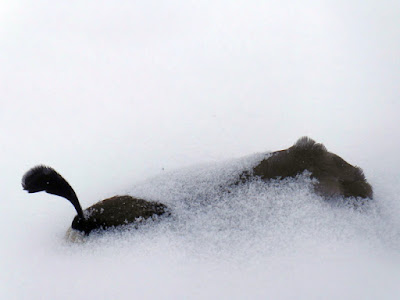 Shortly after finding these two sad quail, I went to feed the cattle and scared up a couple of the remaining birds from the barn. One immediately went over to pay tribute to his fallen companion. It was heartbreaking. 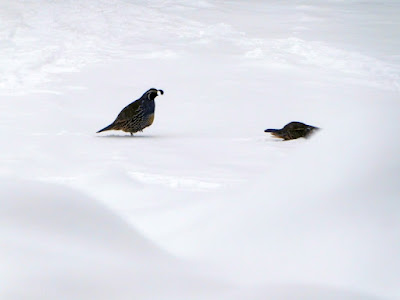 I had to blink hard a couple times. 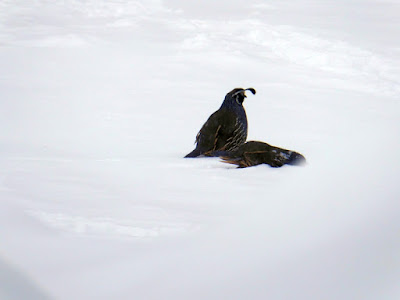 After he departed, I picked up the two dead birds and put them in the garbage can.

Sigh. It's been a long month of snow.
Posted by Patrice Lewis at 9:26 AM